JPMorgan Chase anticipates Bitcoin (BTC) to hit $130,000, while Ark Invest expects the market valuation of Bitcoin to eclipse that of gold. The bullish macro forecast from both funds is based on the decreasing liquidity of Bitcoin, which has soared in fame as a safe haven asset.

The US dollar index is forecast to decline. The worries about inflation and surge in liquidity in the financial markets are paving way for reserve currencies such as the US dollar to lose value.

Ark Invest, for instance, expects Bitcoin to reach $500,000 in the years ahead on the basis of the fact that the fund anticipates it to eclipse gold by market cap.

Presently, the market cap of Bitcoin is about 10% of the yellow metal. In fact, the founders of Gemini cryptocurrency exchange, Winklevoss twins, possess more than a billion dollars’ worth cryptos such as Bitcoin, has given out a comparable view in the past.

“Today, the market capitalization of above-ground gold is conservatively $9 trillion. If we are right about using a gold framework to value bitcoin, and bitcoin continues on this path, then the bull case scenario for bitcoin is that it is undervalued by a multiple of 45. Said differently, the price of bitcoin could appreciate 45x from where it is today, which means we could see a price of $500,000 U.S. dollars per bitcoin.” 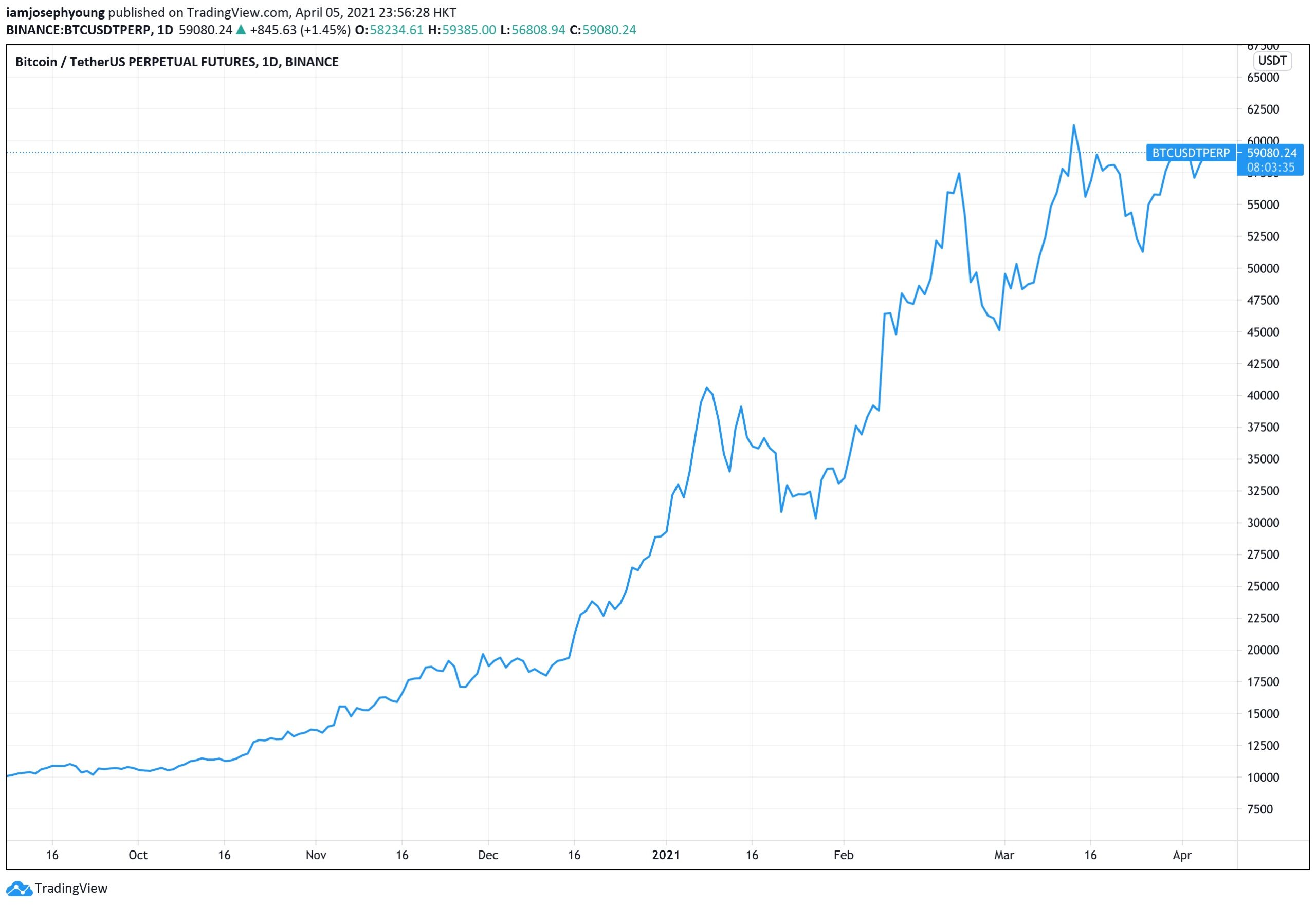 In the meantime, JP Morgan has issued a highly conservative price target of $130,000, which is more pragmatic as a near-term target for Bitcoin, as it would place Bitcoin’s worth at about $2.73 trillion.

Holger Zschaepitz, market analyst at Welt, has pointed out:

JPMorgan sets $130k #Bitcoin target BUT the long-term risk-adjusted Bitcoin theoretical fair value of $130,000 would drop to between $24,000 and $30,000 based on current volatility ratios. Upside potential conditional on volatility of Bitcoin converging to that of gold. (via BBG) pic.twitter.com/g55XmCpkk5

Nevertheless, Zschaepitz has pointed out that the long-term risk-adjusted price of Bitcoin could decline in the future as it is cumbersome task to predict the volatility trend over time. As per pseudonymous trader Bitcoin Jack, the Spent output profit ratio (SOPR) indicator signals the likelihood of profit booking in the near-term.

The SOPR indicator measures the quantity of profitable Bitcoin in the market and hence susceptible to a sell-off. The trader stated:

Trend confirmation expected soon, otherwise I think we will reset to another corrective structure that will last >1-2 weeks

Another crypto trader Scott Melker stressed that Bitcoin has recorded impressive gains against the S&P 500 and the US stock market has indirectly contributed to boosting its worthiness as a store of value.

Most assets have “risen” in value because the denominator is USD, which is depreciating.

When you look at stocks vs. a deflationary asset, they look far less impressive. pic.twitter.com/3YnT4djxtn

Until Bitcoin keeps eclipsing the US stock market, in terms of risk, it would be an attractive asset for institutions, high net-worth individuals and retail traders in the short- to medium-term.