Bitmain’s Antminer E3, which was considered as the “world’s most powerful” Ether (ETH) mining hardware once upon a time, will supposedly halt Ethereum mining in April 2020, as per a report by altcoin mining pool 2Miners.

2Miners disclosed the development after its core team called for comment from Bitmain on the recent problems that have plagued the performance [specifically related to Ethereum Classic (ETC)] of Antminer E3.

Ethereum Classic is an open-source blockchain that came into existence via hard fork of Ethereum blockchain in 2016, following the collapse of DAO.

As per 2Miners, some clients have experienced a sixfold hashrate decline on Antminer E3, from the factory stated hashrate of 180 MH/2 to merely 30 MH/s.

As a result of a scrutiny, 2Miners successfully found out that all international ETC pools underwent the same decline in hashrate. During the same period, Antminer E3 was still functioning properly on Ethereum pools, 2Miners stated.

The core team quickly proposed that the problem was probably associated with DAG (directed acyclic graph (DAG), a file that is created after every fresh bunch of 30,000 blocks, referred to as a mining epoch.

At the time of mining Ethereum, a GPU necessitates a big file named DAG at the beginning of mining procedures, 2Miners detailed.

As DAG files are created every 30,000 blocks or mining epoch, the memory size seems to have been hit.

In response to a request to Bitmain helpdesk, 2Miners was supposedly capable of affirming that the growth of DAG files restricted the use of Antminer E3 for ETC mining. As per Bitmain, Antminer E3- an ASIC miner – still consists of a 4GB video card for mining, while the DAG file is reaching the brink.

“[…] Antminer E3 is a 4GB video card. E3 is related to ETH algorithm, and DDR capacity is up to the upper limit, so E3 will not be able to continue mining. The meaning is E3 only can mine until January 2020, then will not mine again.” 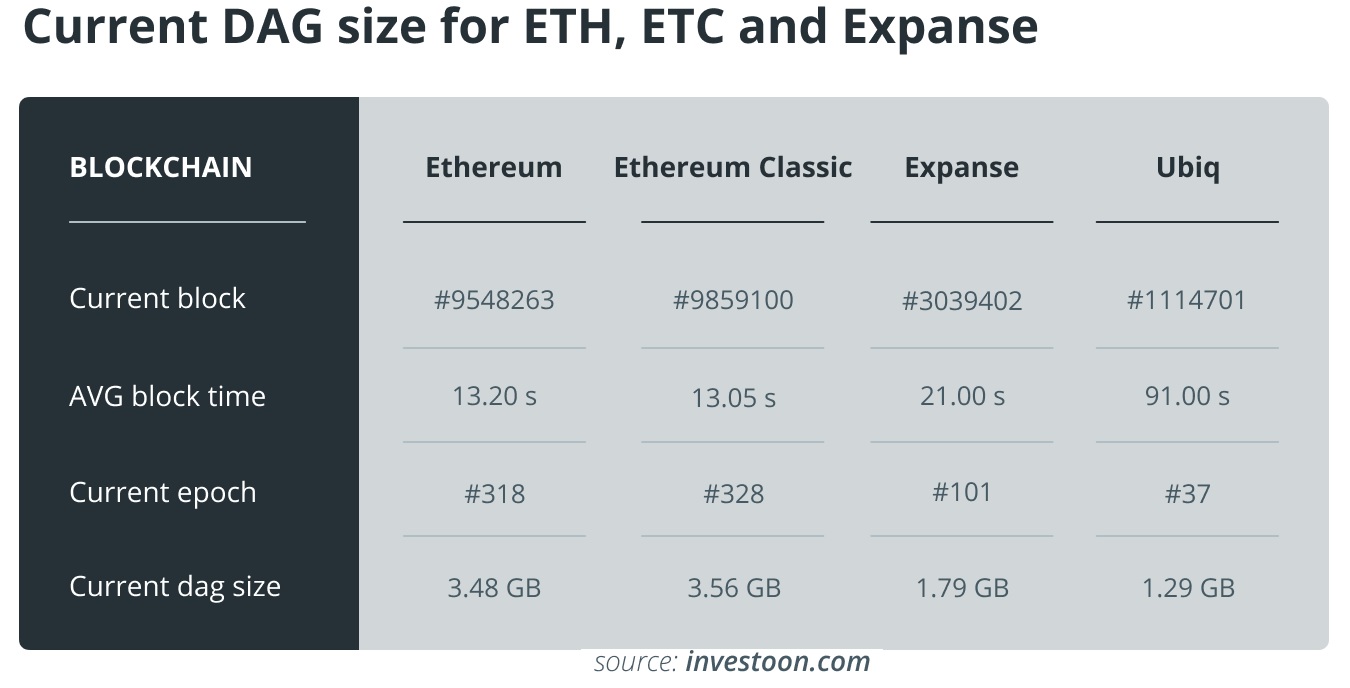 As per 2Miners’ estimate, Antminer E3 should halt Ethereum mining more or less on April 8, 2020. As per mining pool, current Ethereum Classic mining cycle is 328, where as it is only 318 for Ethereum.

Unleashed by Chinese mining hardware manufacturer Bitmain in April 2018, Antminer E3 was referred to as the “world’s most powerful and efficient EtHash ASIC miner.”

Ethash is the Proof-of-Work (PoW) hashing algo utilized by Ethereum and several other altcoins such as ETC. The roll out of Antminer E3 came amidst the Ethereum community proposing the likelihood of a hard fork in the ETH covenant to abrogate ETH ASICs.

As the Ethereum blockchain is anticipated to move from current PoW consensus algo to PoS in the weeks ahead, the block validator is all set to be handed over to exclusive network validators, from miners. Ethereum co-founder Vitalik Buterin stated that the initial stage of Ethereum 2.0 will be unveiled in the second-half of 2020.