As Ethereum blockchain no longer faces congestion, the fee paid for processing / confirming a transaction has plunged by about 75%.

Currently, as per EthGasStation, the average gas fee ranges between 30 and 40 Gwei, with 6 Gwei being the lowest fee that can be paid to get a transaction confirmed within half-an-hour.

The fall in gas fees has happened nearly after two months of exorbitant fees, sometimes hitting a high of 140 Gwei. To confirm a standard Ether (ETH) transaction, usually a fee of $0.25 is paid.

That rose to $1 two months back. The decrease is very much significant for DeFi focused investors and traders, where some large transactions usually cost as much as $15.

The trend began a few days back when Ether transaction volume started declining, as per Etherscan data. This was accompanied by a decrease in total gas usage and drop in number of transactions, albeit small. 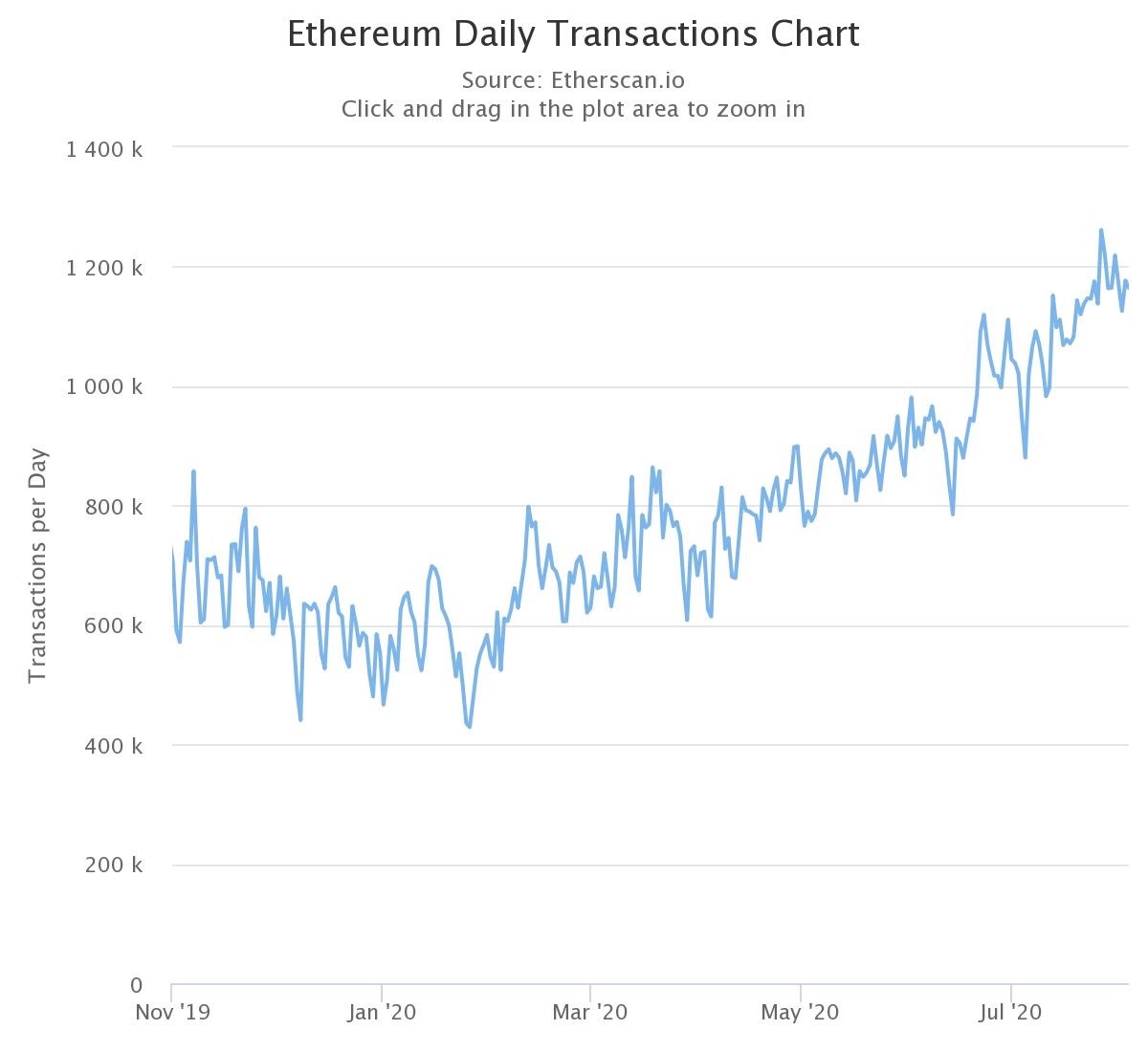 The decrease can be justified by the fact that DeFi trades has declined of late as a large number of trades were associated with Tether and Forsage, a presumed Ponzi schme.

Notably, Etherscan data does not include Wednesday’s data, making it complex to precisely identify the reason for the abrupt drop in gas fees. Back in June, Ethereum community went ahead to increase gas limit, tantamount to block size, by 25%. Even that did not resolve the issue of congestion due to huge lineup of transactions.

Ethereum usually has a decent gas requirement. When high prices prevail, low value trades in sectors such as blockchain powered gaming tend to decline. The congestion made it difficult for new users to get into Ethereum blockchain based DApps and DeFi.