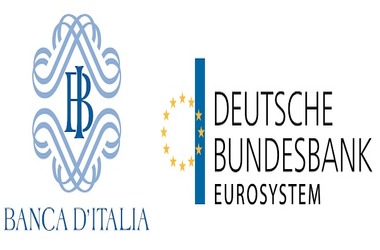 Yesterday, the Banca d’Italia and the Deutsche Bundesbank collaborated on a workshop to share their experiences on the settlement in central bank money of assets traded on emerging and innovative market solutions based on Distributed Ledger Technology (DLT) and the use of the programmable features available on DLT-based systems.

When it comes to central bank money settlement, the initiative focused on the possibility of supplementing established methods with a programmable trigger mechanism connecting a DLT-based asset (i.e., a tokenized electronic security) and the cash to be settled by means of conventional payment systems, while preserving the delivery-versus-payment mode of settlement, which reduces counterparty risk for both the buyer and the seller.

This so-called “trigger” method might act as a technological link between the DLT-based settlement of tokenized assets and current payment systems, such as TARGET2 or TIPS (TARGET Instant Payment Settlement system, operated by the European Central Bank).

By simulating securities settlement using DLT and triggering the settlement of the cash leg in the Eurosystem’s TARGET2 payment system in March 2021, the business case was successfully tested by Deutsche Börse, Deutsche Bundesbank, and Germany’s Finance Agency, and was subsequently approved for implementation. Earlier this year, Banca d’Italia performed a simulation to evaluate a “trigger” option that included settlement of the cash leg in TIPS.

It is possible to envision a trigger solution as a supplement to the Digital Euro, which is now being considered by the Eurosystem and is primarily focused on retail payments.
Governor Visco made the following statement: “DLT, like other emerging technologies, has the potential to bring in new goods and services, produce additional income streams, lower the cost of operations, and improve the efficiency and effectiveness of organisational structures. However, because of the extensive research and cost and risk assessment that will be required, its possible adoption in the field of Market Infrastructures will take time; as a result, it appears prudent to experiment with solutions that address the needs of the market by extending the scope of the existing infrastructures to interoperate with DLT.”

President Weidmann came to a conclusion by saying: “If market participants want to take advantage of new technologies such as distributed ledger technology (DLT) for the settlement of tokenized assets, central banks should assist them by enabling the settlement of the responding cash leg in secure central bank money. The tried-and-true trigger approach might very well meet the market’s requirements while also keeping central bank money in the systems controlled by central banks. An alternative trigger approach, as opposed to producing wholesale central bank digital money, might be operational in a far shorter period of time.”