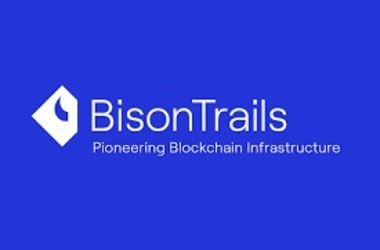 Bison Trails, which offers blockchain infrastructure-as-a-service, stated that it will start backing NuCypher network, in addition to WorkLock, its permissionless token distribution solution.

As per the media release, the Libra Association member guaranteed users that nodes can be run by anyone and also take part in the NuCypher network integrated with the Bison Trails platform.

The company underlines that NuCypher’s cryptographic framework permits the cooperation to continue, including privacy-focused apps that enables users have a control over their encrypted data saved online.

“We are excited to support NuCypher as they prepare for their mainnet launch. Their secrets management system, dynamic access control, and secure computation give users more control over the security of their data, significantly contributing to the decentralized ecosystem both our teams are striving for.”

Bison Trails has a successful track record of deploying NuCypher, implying that the partnership will be solid.

Both parties intend to join hands with the covenant team for the development of WorkLock. The company runs more than 100 NyCypher nodes and has explained that it will employ more nodes in the run up to the mainnet launch.

“NuCypher’s upcoming mainnet launch is the culmination of over three years of work towards making privacy-preserving blockchain applications a reality. Bison Trails has been a key contributor – both via running testnet nodes and providing technical feedback on multiple aspects of the protocol. We’re excited for them to continue to play a large role during WorkLock and the subsequent mainnet launch.”