Meme cryptocurrency Dogecoin (DOGE) lost 24% in the past few hours after Tesla CEO Elon Musk highlighted the huge imbalance in holding of Doge coins among large and small investors, and suggested top holders to liquidate their holdings.

It should be note that Dogecoin is well-known for its unequal distribution in the cryptocurrency sector. A single person holds 28.70%, while top 12 hodlers have control over 50% of the supply. Yesterday mid-night, Musk tweeted his concerns as follows:

I will literally pay actual $ if they just void their accounts

In a matter of about seven ours, the price of Dogecoin fell by 24%, from $0.063 to $0.048. At the time of writing this article, Doge was trading at $0.06, reflecting a loss of 4.1% in the last 24 hours. Even though Musk’s tweet is usually credited for rally in cryptocurrency market, including Dogecoin, the real impact of his tweet was not known yesterday as global markets lost market cap of about $105 billion.

In the cryptocurrency market, losses of over 20% are quite normal, with altcoins offer recording astounding retracements. Analysts have pointed out that the decline was mainly due to Bitcoin’s (BTC) rally to a fresh all-time peak of about $49,000, which caused a decline in altcoins trading volume.

It is quite difficult to compute the perfect impact on a crypto as public blockchains are either anonymous or pseudonymous. However, data from multiple sources indicate that roughly 70% of the aggregate Dogecoin supply is owned by a little more than 100 addresses.

Of late, the creator of Dogecoin, Billy Markus, had disclosed that he had liquidated all his DOGE holdings six years back against the backdrop of financial issues he faced after losing his job. Billy Markus began Doge venture only as a joke in 2013 on the basis of well-known Shiba Inu dog meme.

Markus opined that he finds it difficult to understand, leave alone elaborating, the monumental rise of Dogecoin, which does not serve purpose or offer any value in real-world.

The CEO of Tesla’s involvement in Dogecoin seems to be primarily a joke. Musk once called himself as the CEO of Dogecoin, which is an open-source crypto. So far, his engagement with Doge has been mostly around memes, instead of some investment strategy. 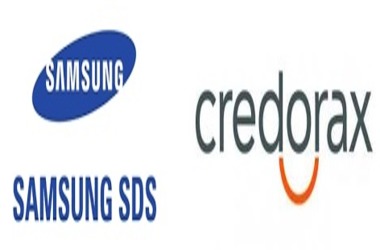