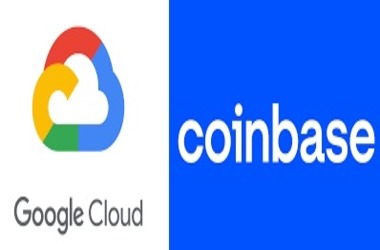 Google and Coinbase have announced a partnership that would let select Google Cloud customers to pay using cryptocurrencies, beginning with web3 firms. However, the agreement is not restricted to receiving cryptocurrency payments.

Coinbase said that Google will use Coinbase Prime for institutional crypto services like as safe custody and reporting.

In an interview with CNBC, the Head of Platform at Google Cloud, Amit Zavery, said cryptically that this is to “explore how we might contribute” in managing bitcoin holdings. The television channel claimed that Google’s intention is to diversify its treasury holdings into cryptocurrency.

However, another possible reason exists. Google Cloud has various agreements with blockchain protocols, such as Hedera DLT and the Flow and Theta blockchains, to offer node services. Consequently, it is equally probable that it may want to custody its cryptocurrency as part of these transactions, which may involve staking services.

Coinbase will also begin using Google Cloud’s computing service to handle blockchain data at scale. And it is merging its Coinbase Cloud Node service with Google’s BiqQuery blockchain data to provide web3 developers with a solution.

In January, Google Cloud said it has established a digital assets team to investigate accepting cryptocurrency payments. A week ago, Google Labs established a blockchain branch and Google Pay introduced a new crypto-friendly head. Labs and Pay might prove to be more crucial than Cloud over time.

At the peak of the last crypto cycle, Capital G of Alphabet made an investment in the Digital Currency Group, which owns the Grayscale Bitcoin Trust, Coindesk, Genesis Trading, and has a major crypto and blockchain startup portfolio.