MIT Technology Review released today an article arguing that 2019 is the year the blockchain becomes global. The Review is an independent magazine owned entirely by the Massachusetts Institute of Technology (MIT) of the United States.

The article offers a laconic overview of the recent history of blockchain, claiming that the technology was “a revolution that was supposed to disrupt the global financial system” in 2017, but that it was a disappointment in 2018, given the significant decline in valuations of virtually all crypto assets and currencies based on blockchain.

Nevertheless, the review argues that many “innovative projects are still alive and even close to bearing fruit” at the beginning of the New Year. Together with several large corporations ‘ plans to launch major blockchain-based projects this year, 2019 is reportedly set to be “the year in which blockchain technology finally becomes normal.”

While illustrating the impending change in the makeover of the sector, the Review cites the upcoming entries of stalwart Wall Street players such as New York Stock Exchange (NYSE) owner Intercontinental Exchange (ICE) and investment behemoth Fidelity into the crypto business.

Although the hype around the blockchain is reportedly subsidizing, it argues that their offer of a regulator-approved crypto infrastructure is a major watershed in the industry.

Another example, the review continues, is the advancement of smartcontract technology, which will allow it to be used in numerous legal contexts — making the cryptographic adage “code is law” one step closer to becoming a reality.

The final argument of the article is that this normalization of technology and the sector will entail a significant reshaping of the ideology that gave the first impetus to cryptocurrencies and blockchain. The roots of Crypto as an anti – government movement are being updated by the advent of national cryptocurrencies, the article claims, whether they are the controversial oil – backed cryptocurrency of Petro, already launched by Venezuela, or the plans of other states for their own state-supported coins.

Another example given is the endorsement by International Monetary Fund (IMF) head Christine Lagarde of the case for central bank-backed cryptocurrencies (CBDCs) this fall. 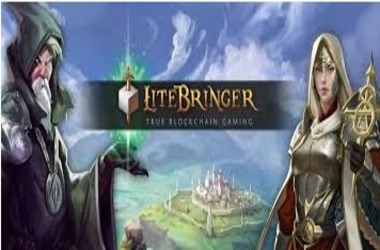