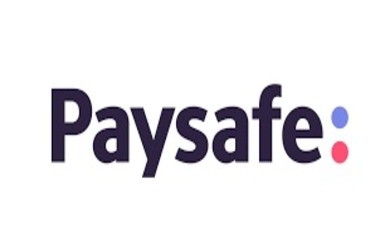 Paysafe (NYSE: PSFE), a popular payment-focused platform, has published fresh data revealing that 55 percent of bitcoin owners – increasing to 60 percent of 18–24 year olds – would prefer to be paid in cryptocurrencies rather than cash. The main motives for this include consumers’ seeing cryptocurrency as a wise investment, feeling that they would most likely be paid in it soon anyhow, and having more financial freedom.

The study, titled ‘Inside the Crypto Community: Plotting the Path to Mass Adoption,’ polled 2,000 cryptocurrency owners in the United States and the United Kingdom about their views on the future of decentralized finance. Over half (54 percent) of bitcoin owners believe that cryptocurrency is the trend in finance and will eventually replace fiat money as the primary mode of global currency.

This was also the major reason for purchasing cryptocurrency in the initial place, rather than gaining money via trading or investment. However, the data reveals that this decision was reached after thorough deliberation—and that cryptocurrency owners had reservations along the way. In fact, 70% of respondents acknowledged having misgivings about investing in cryptocurrencies at some point since they began trading, with over half (49%) of all cryptocurrency owners cashing out either part or the whole of their cryptocurrency holdings as a consequence.

Payments, as per cryptocurrency owners, are the key to mainstream crypto acceptance. The main reason people don’t want to be paid with bitcoin is that it can’t yet be utilized extensively enough to make payments (24 percent). Furthermore, 22% of all crypto owners stated they would invest further in cryptocurrency if more merchants accepted it as a means of payment, and 17% said the same if more governments recognized cryptocurrency as legal cash.

Altogether, 59 percent of respondents believe that the absence of real-world uses for digital currencies, such as remittances, is keeping cryptocurrency from attaining its full potential. Notwithstanding these kinds of possible roadblocks, cryptocurrency owners remain hopeful about the timescale for general acceptance.

Over half (60 percent) believe that by this time next year, you’ll be able to use cryptocurrency to complete a purchase with several online shops, while 47 percent believe that embracing cryptocurrencies in physical locations will become routine within a year.

Finally, over half of bitcoin owners (49 percent) predict that over the next five years, everybody will hold cryptocurrencies. Chirag Patel, CEO of Paysafe’s Digital Wallets, commented on the results, saying, “Interest in defi and the metaverse has lately reached a whole new level, and with that, favorable opinion towards cryptocurrencies continues to rise.”

Nevertheless, it is apparent that several people are still clamoring for further real world use scenarios to bring cryptocurrency into the real world – specifically, the ability to use it as a mode of payment, which is something we are dedicated to pursuing at Paysafe. People may connect with cryptocurrencies using our digital wallets, Skrill and NETELLER, whether they are new to investing or seasoned investors.