The value was derived from an estimate made by top domestic banks in July 2021. Uncertainty persists as to whether the bank factored into account the fact that the value of Bitcoin more than doubled from $30K in July to $60K in November. Moreover, according to the data, the Russian Federation is one of the most frequent visitors to the Binance cryptocurrency exchange from across the globe.

According to statistics from digital intelligence service SimilarWeb, Russia is the second-largest source of traffic on Binance, behind only the country of Turkey. Furthermore, according to the central bank, the nation is among the world’s leaders in the field of Bitcoin mining. As per the Cambridge Bitcoin Electricity Consumption Index for August 2021, the United States is ranked third in the world in terms of national hash rates.

Late this month, Russian officials recommended that the digital asset be mined utilizing the country’s abundant oil infrastructure. On the whole, the bank notes increased investor interest in emerging technologies such as blockchain, smart contracts, decentralised financing (DeFi), and stablecoins, among other things. However, even in this case, the research warns of significant hazards linked with the cryptocurrency business.

Some of these risks include financial instability, inadequate investor protection, money laundering and illegal financing, as well as ESG (environmental, social, and governance) hazards. The Bank of Russia did not specify any actions that would be taken to alleviate these risks. Instead, it says it would actively watch the market in order to detect any possible dangers to the company.

The Bank of Russia is well-known for its unwavering opposition to cryptocurrencies. Governor Elvira Nabiullina has even said that responsible governments should refrain from adopting crypto-currency rules in the first place. Earlier this year, the central bank issued a warning to its residents, advising them to avoid investing in digital assets.

According to the bank, cryptocurrency is a high-risk investment, particularly for inexperienced investors. To make matters worse, the central bank prohibits local banks from transacting in digital assets, opting instead to promote its own digital currency.

This implies that no cryptocurrency exchange is permitted to operate legally in Russia. A crisis of this kind has forced a number of exchanges around the nation to suspend operations. In a statement late last month, Sergei Khitrov, the creator of the Russian crypto event Blockchain Life and Listing, said that the country has sought to bring in large crypto enterprises but has been unable to match their requirements.

This, however, has not slowed the exponential expansion of Russia’s cryptocurrency industry, which has already reached hundreds of billions of dollars. 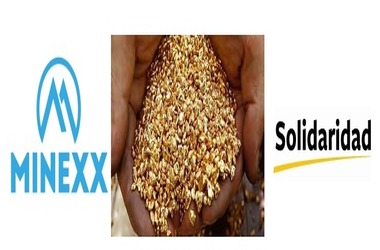