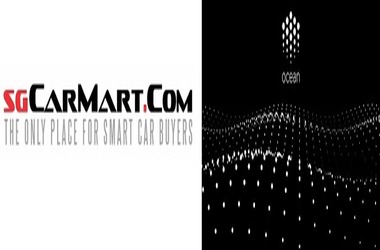 The initiative, revealed through a press release, provides a safe method of distributing and retrieving information about old cars in Singapore, where nearly 9,000 cars supposedly changed hands every month in 2018.

The blockchain platform has been designed to offer clients with the ability to monitor the origin of data on a vehicle and then track its history.

Thenceforwards, the platform users will be able to make use of the info and assist other industries and also the government to update products and services.

Daryl Arnold, founder of Ocean Protocol, elaborated the benefits of the platform:

“Ocean Protocol provides companies with a platform to share and monetize data in a secure, traceable, and privacy-preserving manner. It allows data owners to retain control of data access and offers an incentive mechanism for companies to deploy, to collect quality data from their stakeholders.”

Last October, Ocean Protocol participated in the MOBI Grand Challenge competition that aims to build “the first viable” blockchain backed vehicle network and system to work together with machines, facilitate data distribution, and jack up the mobility level in city environment.

The champions of the first competition were rewarded with $350,000 worth gifts in several categories, taking into account $100,000 worth tokens from Ocean Protocol.

Blockchain technology has seen considerable adoption in the transport sector to resolve various issues. In May, the government transportation department in the city of Austin, Texas collaborated with non-profit IOTA Foundation to build an efficient interoperable transportation network.

One of the objectives of the system was to facilitate every transit mechanism to interact with a single payment app and same digital identity.

Also in May, top automobile manufacturers Honda and General Motors conducted joint research on electric vehicles and smart grid interoperability utilizing blockchain to explore whether electric vehicles can be utilized to sustain the energy supply in smart grids.