Web 3.0 Foundation is backing a unique blockchain protocol that intends to minimize collateral needs in DeFi and cross-chain solutions.

Interlay was funded by the foundation to develop software that acts as a bridge between Bitcoin (BTC) and Polkadot.

The recent document published in relation to the venture “Promise: Leveraging Future Gains for Collateral Reduction”, suggests a distinct covenant.

To understand how Promise works, let us consider for example Alice is regularly dealing with Bob who is providing multiple services and for every service provided to the former, one Ether is paid as fees.

For this transaction to take place, usually, Bob has to freeze 1.5 Ether as collateral. That would protect Alice, in case Bob does not perform the task after receiving payment.

By using Promise, Alice, will have no need to send Ether straightaway to Bob, but would get it frozen with Promise.

Bob would begin receiving periodic settlements via Promise as and when a proof of service is uploaded. As the forthcoming payments function as added leverage, Bob may be permitted to hold a lower amount as collateral.

The crucial requirement here is that business relationship needs to be continuous and not a one-time deal.

Dr. Dominik Harz, one of the developers of Promise, is presently remaining in a locked-up state in Japan due to Covid-19 outbreak. 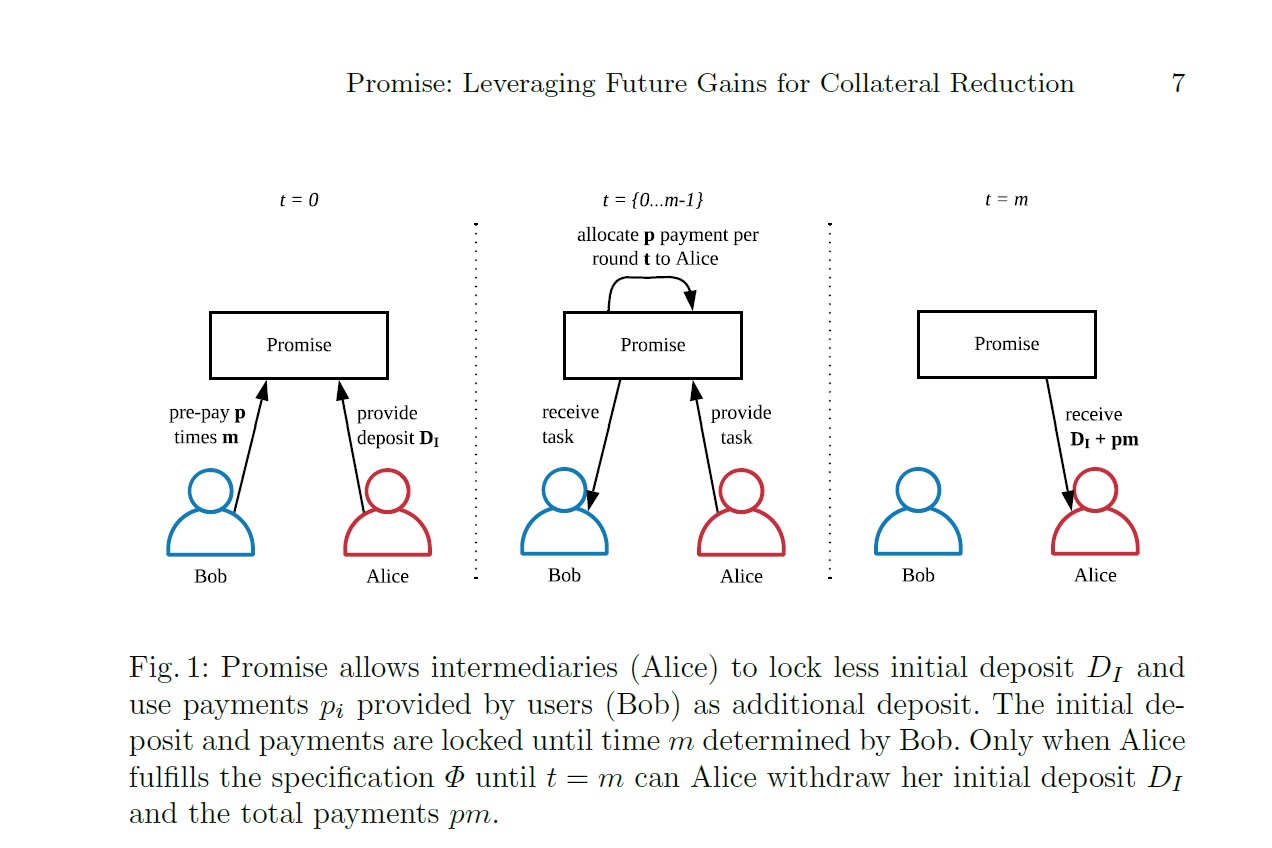 According to Harz, Promise functions in the same manner as Spotify does in the music industry.

“And it transforms this one short interaction to this sequential game or just to like a classical subscription model. Imagine if you would use Spotify. And instead of you paying a monthly subscription, you would pay for each song individually. Well, each individual song might be super cheap. There’s just this mental overhead. This mental transaction costs where you think, ‘oh, do I really want to listen to that next song’? And it’s about really worth five cents. Whereas if you just have a subscription, then it’s all fine.”

As Promise does not gain from a one-time relationship, Dr. Harz stated that at the beginning likely gainers could be cryptocurrency exchanges and developers of “wrapped” tokens. The need for such assets is increasing and there is now considerable quantity of Bitcoins held in wBTC than the total value of the Lightning Network.