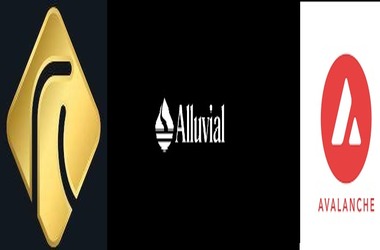 Recently, Rome Blockchain Labs, the company that is responsible for the implementation of BENQI’s Liquid Staking protocol on Avalanche, made an announcement regarding a potential partnership with Alluvial and the individuals who founded BENQI “to build a compliant, enterprise-grade Avalanche (AVAX) liquid staking product.”

“a Proof-of-Stake (PoS) protocol with a Primary Network comprising 3 blockchains: the Exchange Chain (X-Chain), Platform Chain (P-Chain), and the Contract Chain (C-Chain),” is how Avalanche describes itself.

P-Chain is described as “the metadata blockchain on Avalanche,” and it is responsible for validator coordination on the Avalanche platform. Staking in Avalanche is “done on this chain,” which is where validators get network incentives in return for helping to secure the Avalanche network.

Validators are responsible for maintaining the integrity of the network “by staking their AVAX asset for a period of at least 14 days.” While rewards are being added to the AVAX that has been staked by validators, the P-Chain “locks” the AVAX for a certain amount of time. ”

Avalanche’s implementation of decentralized finance (DeFi) is made possible by the C-Chain, which “supports the generation and execution of smart contracts.” This chain is used for the vast majority of Avalanche’s DeFi activities, including asset tokenizing, swaps, and the use of other DeFi products.

“the Exchange Chain on Avalanche” is what you know as the X-Chain. It functions as “a decentralized platform for producing and selling digital smart assets, with a set of rules that regulate conduct,” according to its official description.

“a user-friendly option to AVAX holders wishing to participate in the consensus process of Avalanche by staking AVAX,” is what Avalanche Liquid Staking gives those who own AVAX and want to stake their cryptocurrency.

Users will “get a receipt token that symbolizes each user’s ownership of the staked AVAX on the P-Chain” as a reward for staking AVAX. Users will have the ability “to freely employ the receipt token inside DeFi on the C-Chain while the staked AVAX will continue to earn rewards in return for safeguarding the Avalanche network.” This functionality will be available on the C-Chain.

In addition, users “would not be required to go through the arduous procedure of cross-chain transfers between the C-Chain and P-Chain in order to stake their AVAX.”

At any moment, users have the ability to stake or unstake AVAX, “subject to the 2-week staking requirement as specified above.” There is “a 15-day unstaking time and a 2-day claiming window following the unstaking period” for those who want to unstake. Users “will be able to claim native AVAX” within the two-day timeframe in which claims may be submitted.

This partnership “offers institutions a safe AVAX staking option while participating in the consensus process of the Avalanche platform and providing additional flexibility and liquidity for institutional network players,” according to the description provided by the collaborators. There are a lot of liquid staking protocols available right now, but most of them “do not suit the demands of companies.”

“addresses the need for KYC/AML requirements for institutions, Web3 native firms, and other regulated organizations to stay in compliance with regulatory responsibilities,” is how Alluvial describes the function of its staking standard.

The liquid staking solution would be “managed in a decentralized way with a large and scattered network of industry players,” thanks to the early backing of firms like Coinbase Cloud and Figment.

As of the 13th of July, a total value of $2.67 billion has been “locked on Avalanche.” Avalanche “has the speed, security, dependability, and scalability to power institutional web3 initiatives in industries like banking, insurance, payments, automobiles, entertainment, culture, and many more,” partly as a result of two innovations known as Avalanche Consensus and Subnets.

“include Deloitte, Lemonade, Togg, and other institutional DeFi participants,” are some of the notable institutions that are already engaging in the Avalanche ecosystem.
Co-founder of Rome Blockchain Labs and BENQI, JD Gagnon, made the following statement:

“It is really exciting to be collaborating with Alluvial to deliver a functionality that is genuinely natural to DeFi to institutional customers. What was previously solely available to the retail sector will now be accessible to companies and institutions, offering them with a wide variety of liquid staking choices including Avalanche (AVAX).”

Rome Blockchain Labs / BENQI “have vast expertise and experience in constructing and navigating within the sector” due to the fact that some of the team members founded DeFi on Avalanche.

Notable decentralized applications (dApps) were released by the team on Avalanche. These dApps include BENQI’s Liquidity Market, which is the second biggest lending and borrowing protocol, and BENQI Liquid Staking. Additionally, BENQI’s Liquid Staking asset, also known as sAVAX, is “fully integrated throughout several key dApps on Avalanche,” such as AAVE, Ribbon, Trader Joe, Platypus, and Yeti.

The Rome Blockchain Labs / BENQI team, in collaboration with Alluvial and other industry participants, is “shaping a liquid staking protocol to serve the needs of institutions in a compliant, permissioned environment to address KYC/AML and other compliance requirements, all in a non-custodial product.” This protocol is being developed in order to meet KYC/AML and other compliance requirements.

The Chief Executive Officer of Alluvial, Matt Leisinger, continued by saying, “We’re pleased to collaborate with Rome Blockchain Labs (RBL) and the BENQI creators to bring support for Avalanche to the multi-chain liquid staking standard.” Because RBL and BENQI have a wealth of expertise working with Avalanche, liquid staking, and DeFi, Alluvial is well-suited to work with them on a collaborative project. I am excited to become a member of the Avalanche community in order to provide a decentralized and secure basis for the future generation of the internet.