The uncontrolled rise in inflation coupled with currency deflation has forced Argentines to turn towards Bitcoin. Many Argentines believe that it is the best way forward to protect their wealth and minimize the economic hardship. The price of Bitcoin, in turn, continues to receive solid support at $6,200 levels from genuine buying.

The adoption is also spurred by the deployment of a Bitcoin ATMs in a mall in Buenos Aires. Furthermore, the number of stores accepting Bitcoin is also on the rise.

BITCOIN a safe-haven during economic crisis

Bitcoin purchases made by Argentines have enabled the crypto to stay strong at $6,700 levels. D.H.Taylor, an economist and mathematician, commented about the trend as follows:

To support his point of view, Taylor has provided the chart illustrating the weekly Bitcoin trading volume in Argentina:

Notably, this is the second time Argentina, which is one of the wealthiest countries in Latin America, is going through the peso devaluation. A similar situation prevailed in 2001. Argentina is once again undergoing a severe economic crisis.

The decline was unexpected this time, even though analysts had warned the currency is overvalued. The government did acknowledge the position of economists, but stated that the devaluation will happen in a slow pace without affecting economic growth. However, the situation started worsening in April 2018 when the peso’s decline happened at an unexpected speed.

The devaluation of the peso began abruptly as investors were concerned about the government’s ability to serve its debt and bring down inflation, which is up 34% on y-o-y basis. The uncertainty in several Latin American countries, Middle-East and China-US trade war has strengthened the US dollar.

Bitcoin as a solution to Argentina’s issues

Until now, efforts put forth by the Argentine government to contain inflation have not yielded any results. Therefore, according to Taylor, Argentina’s central bank is exploring the use of Bitcoin as an alternative. The citizens of Argentina are no longer willing to weigh their options and have already resorted to the purchase of Bitcoin.

Taylor said
“The biggest solution is Bitcoin, or BTC-USD and, according to the data, Argentinians are buying large amounts. At the same time, the Argentinian Central Bank is considering diversifying their currency reserves into BTC.”

The central bank has also relaxed cryptocurrency related regulations, which has paved way for the deployment of deployment of Bitcoin ATMs in the country.

As the demand soared, on September 19, 2018, Athena Bitcoin installed the first ever ATM that facilitates the exchange of Bitcoin to fiat in a mall and indicated that the trend will continue. 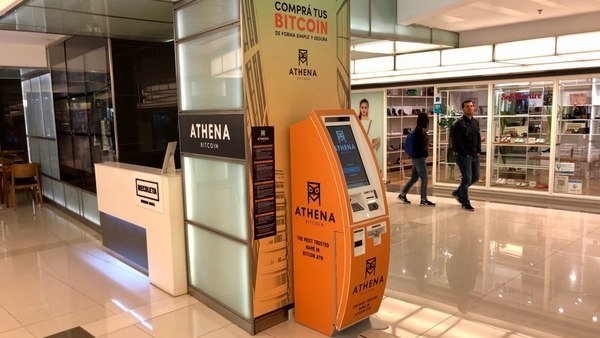 Matias Goldenhorn, Athena Bitcoin Director for Latin America, revealed that 12 ATMs will soon be deployed in Buenos Aires. These units are expected to handle Bitcoin and other altcoins such as Litecoin, Bitcoin Cash and Ethereum. Bitcoin is cheaper to transact, compared to fiat currencies, according to the latest report by Bank of America.

In the meanwhile, a number of merchants have already started accepting Bitcoin as a means of payment. Taylor has pointed out that “8,000 new Bitcoin pay stations are in convenience stores in Argentina.”

UBS – Bitcoin Must Reach $213K To Replace US Dollar