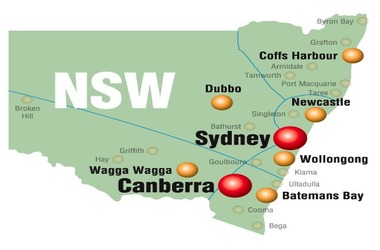 Earlier today, the company unveiled a new platform, dubbed Trustgrid, which is one of the major architectural modules of the digital vehicle license.

The license is anticipated to be implemented statewide before the end of next year.

Earlier this year, the blockchain technology was utilized in the Dubbo trial in which roughly 1400 motorists preferred digital driver’s license. Secure Logic is presently gearing up for the first ever trial of the electronic driver’s license in eastern suburbs of Sydney from November this year.

In the next stage, over 140,000 drivers from the Eastern Beaches region will legally allowed to utilize the opt-in digital driver’s license for police verifications and to gain access to bars and clubs in the trial zone. Secure Logic has defined the TrustGrid platform as “a secure, decentralised and immutable ledger of transactions”.

Santosh Devaraj, Secure Logic CEO, stated that the TrustGrid platform would “help put a stop to sophisticated fraudsters who can conjure up fake identities with relative ease”.
Devaraj further stated “Too often licence details are only checked superficially and this can now be replaced with cryptographic mechanisms.”

Devaraj is pushing the blockchain platform mainly at the public sector as he genuinely believes there are a large number of potential real-wrold use cases. Explaining the advantages of blockchain-powered platform, Devaraj said

“The era of standing in line to file government paperwork is coming to an end. As is our reliance on physical identification cards to establish your identity or proof of age with law enforcement or at licenced venues. These are mistake prone, time-consuming, expensive and impractical ways to offer services.”

The NSW government paid $9.30 million to the Department of Finance, Innovation and Services to expand the trial of the digital driver’s license. The state aims to make digital photo cards and digital driver licenses available to citizens throughout the state by the end of next year.

The underpinning regulation for the national roll- out was adopted in May and necessitates citizens to make sure that they can create their digital or physical variant of their license when demanded by the police. It also addresses privacy issues by simply asking the driver to display his digital data.