According to the document, Liston claimed that he formed a Delaware corporation in 2014 to initiate the development of the Augur decentralized prediction market platform.

Shortly after registering the company, Liston stated that he hired Peterson, Krug, and Gardner as the founding members of the project.

In late 2014, the lawsuit stated that Peterson and early investor Joseph Costello conspired with Gardner to remove Liston from the project and the company’s board of directors. Eventually, Krug obtained the role of director, Peterson was named as chief technology officer and CEO, replacing Liston.

However, it was revealed that Liston received 5 percent of the crowdsale or the initial coin offering (ICO) as incentive for parting away from the project. Instead of receiving the portion of the crowdsale as the Augur network’s native token REP, Liston received it in cash, valued at $65,000. Liston argued that he had chosen to receive it in cash because the Augur team deceived him by presenting the Augur ICO, which was complex, extensive, and optimistic, as an ominous initiative.

The defendants represented to Plaintiff Liston that they “may do an ICO” of the reputation tokens but did not give Mr. Liston any of the details necessary for him to evaluate the potential value of the REP token. Meanwhile, the defendants set or anticipated a valuation for, planned the timing of, and set the terms for the REP token initial coin offering as well as determined how much they were going to reserve to themselves

The community did not respond positively to the allegations and claims of Liston, mainly because Liston had already received compensation in the form of tokens back in 2014 and it was the personal choice of Liston to receive it in cash or in REP tokens, as is. As such, the majority of the community has struggled to justify the $152 million civil lawsuit initiated by Liston.

The sudden development of a multi-million dollar lawsuit by one of the co-founders of Augur coincided with the mainnet launch of Augur smart contracts on the Ethereum blockchain protocol, which have been highly anticipated by the community.

Solving consensus on real world events was initially a research problem, we thought some previous literature had solved it, but it turns out it really hadn’t and had severe scalability and inventive flaws the more we audited it. It’s imo about as difficult as solving PoS. Augur’s about 10x more complex than the second most complicated ethereum project, makerdao, which has about 10 contracts vs augur’s 100 [complexity isn’t a good thing, and the augur team has tried to make it as simple as possible, it’s just a really complicated endeavors

Investors and supporters of the Augur Project are dissatisfied with the lawsuit and allegations by Liston, given that the mainnet launch of Augur in July is a major breakthrough and milestone for the project and there exists a possibility that it could be jeopardized due to the lawsuit.

Another ICO that has been involved in a lawsuit is Tezos, which raised more than $232 million in 2017. With the support from billionaire investor Tim Draper, Tezos quickly became one of the biggest iCOs in history.

However, more than a year since its token sale, Tezos has failed to launch its blockchain network and tokens, leaving the organization vulnerable to a flurry of lawsuits from outraged investors. The magnitude of the Tezos ICO lawsuit has reached a point in which major companies like Bitcoin Suisse have started to declare their innocence and non-involvement in the token sale.

Earlier this month, Bitcoin Suisse, a leading bitcoin brokerage, cryptocurrency financial broker, and asset manager, stated that it has been wrongfully listed in a class action lawsuit against Tezos.

Bitcoin Suisse submits that it is not properly named as a defendant in the Tezos litigation because of its lack of contacts with both California and the United States sufficient to establish personal jurisdiction and because the alleged, limited currency conversion services it provided, solely in Switzerland, prior to the alleged Tezos ICO, and its alleged post-ICO conduct, cannot establish liability under Sections 5 and 12(a)(1) of the Securities Act

Due to the conflict between Tezos co-founders and the founding members of the Tezos Foundation, the project is in the same exact position it was in mid 2017 and it remains unclear whether the organization can successfully launch the Tezos blockchain network within 2018.

In an interview with JoongAng, one of South Korea’s most widely read and respected mainstream media outlets, Ethereum co-founder Vitalik Buterin emphasized that there exists a centralization issue in ICOs and as a consequence, there needs to be trust between the investors and the team behind the ICO, which eliminates the purpose of decentralized financial networks and the trustless nature of blockchain technology.

While Buterin believes that ICOs are a powerful tool that enables open-source protocols to monetize their technologies and solutions, he noted that one of the major flaws of ICOs is that investors have to trust a single development team with many millions of dollars.

However, they also have their flaws, and I think many of these flaws arise from the fact that even though the ICOs are happening on a decentralized platform, the ICOs themselves are hardly decentralized; they inherently involve many people trusting a single development team with potentially over $200 million of funding 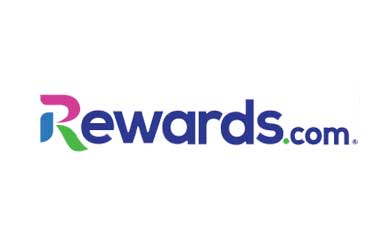