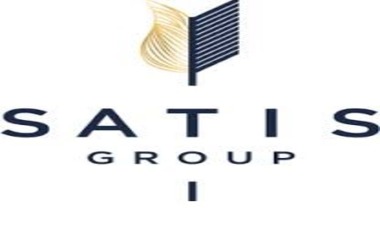 Self-proclaimed crypto market gurus have issued their forecast on the price of Bitcoin (BTC) and Ethereum (ETH). Additionally, established players have also given their Bitcoin price predictions, which range from $2,000 to $200,000.

However, most of the forecasts have no statistical backing and based on pure assumptions. Satis Group, which claims to be a premier ICO advisory firm, has forecast dooms day for Bitcoin Cash and Ripple.

Satis Group has adopted a different strategy to value crypto tokens. The firm has segregated cryptos that “apply unique value propositions within deep and viral markets” and tokens that are mere imitations.

The firm says Bitcoin Cash is a clear cut example of “cryptoassets which attempt to inherit brand recognition and provide minimal technological advantage to incumbents.”

Likewise, according to Satis, Ripple represents “cryptoassets which are misleadingly marketed, not needed within their own network, and have centralized ownership/validation.”

Furthermore Satis has predicted that Bitcoin Cash, which is currently trading at ~$540 will continue to lose steam and reach $268 over the next five years. Similarly, Satis has stated that Ripple will decline to a mere 1 cent and become worthless. Regarding other blockchain networks, Satis says “Most ‘Other Utility’ application-specific networks hold very little value, in their current construct.”

The report, although likely to be brushed away by crypto investors, is a blow to Ripple’s XRP token, which is struggling at $0.33 levels on continuous negative publicity.

In the same manner, Bitcoin Cash, which is facing internal backlash among its community, is also facing trouble after the altcoin’s major bagholder Bitmain has allegedly suffered liquidity issues.
Despite being bearish on Ripple and Bitcoin Cash, Satis has a bullish view of crypto market in general.

Satis said “We estimate the amount of cryptoasset market value needed to support economic activities to expand from (~$500 billion) next year to ($3.6 trillion) in 2028.”

The forecast is part of a five report series studying the future of crypto industry.