Japan’s GMO Internet Group has updated its objectives for the cryptocurrency business, while reporting the performance of its cryptocurrency exchange and mining business. The upcoming changes were decided after taking into account the bearish cryptocurrency market and rise in hash rate.

GMO recorded total revenue of ¥2.6 billion from its cryptocurrency business in 2Q18. The operating profits were ¥250 million in the recent quarter, compared with a loss of ¥730 million in the earlier quarter. 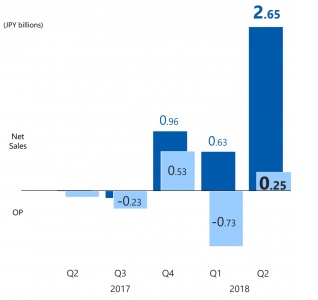 GMO also revealed that it continues to see a rise in the number of clients, with nearly 177,000 accounts opened in a year.

The company’s mining business recorded revenue of ¥1.17 billion in 2Q18, an increase of 91.8% from the earlier quarter. GMO’s mining business made a net loss of ¥360 million. The company stated that the hash rate is increasing as expected. However, GMO did not expect any loss in its mining operation. Therefore, it has modified its mining policy. In July, GMO was able to mine 568 BTC, with a hash rate of 384 PH/2. The hash rate remained unchanged from the previous month.

The company has changed its objectives, mentioning “uncontrollable factors” such as the low price of Bitcoin and the rising hash rate. GMO considered in-house mining as its top priority, previously. Cloud mining services for external clients was considered as a secondary option. Selling mining machines was given the lowest priority. 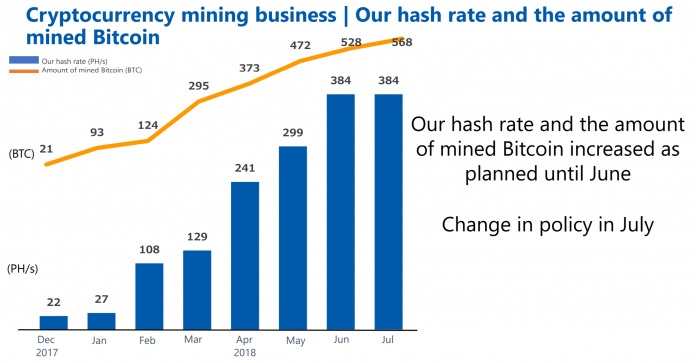 Now, the new strategy gives priority to selling cryptocurrency mining machines. This is followed by a priority to in-house mining. Finally, the company would consider crypto mining services for external clients. GMO is also working to ‘secure a more inexpensive power supply’ to bring down the costs of mining.

The company believes that the change in strategy will enable them to have a better control over their investments and early breakeven. GMO has reaffirmed its plans to ship GMO miners B2 and B3 starting October.