Almost everyone would have seen a bit of luck once or twice in their life. However, if lady luck continues to smile at you, then a pile of cash can be made in no time and with least efforts. The unverified incident of a trader who hit a jackpot, mainly due to a hacking incident, will make the readers feel how insanely lucky he was. To keep it interesting, we wish to publish the story in trader’s own words, as shared in Reddit.

quote
“First off I would like to start off by saying that I had nothing to do with the hack. I was also entitled to every last bit that I gained. This is a pretty good story. So be patient, I’m not putting it out there to get anyone jealous .

I started off with a my first crypto investment with ripple last March. Somewhere around August well after Ripple already mooned, I decided to cash out half my gains for a very nice profit. I also figured it would be a good idea to sell some off about $500 worth and toss it into a handful of low mcap shitcoins. Why not? Its all house money at this point.

After browsing CMC, I discovered smart cash. The price was so low about half of a penny, and after doing some research, it seemed like a pretty good idea helping out 3rd world countries. I figured “what the hell ” some of this shit might actually stick, and the website was very presentable . I also liked the experience since the team came from Dash. I spent about 50 or $60 and got 10,000 smart cash. There was also this Rewards program where if you held them in your wallet you would get 25% extra a month.

I dumped it into my smart rewards wallet and pretty much forgot about it for a few months. Since that point I really didn’t pay much attention to crypto at all. I was preparing to get married, I went on a honeymoon, my wife was pregnant yada yada. Also, my wife was telling me, “you gonna lose all your money” I said, “um um NO NO NO!”
Anyway, here comes December rolling along, and I get a phone call from a friend frantic about how to buy ripple. That’s another story. Lol

After that I started checking out prices.., my ripples were up to 70 cents. Everything was mooning. That’s when I noticed SmartCash peeping its head out on the 2nd page at about 20 cents. At this point I forgot how much i had. When I looked into my smart rewards wallet I was sitting with over 17k smartcash. Everyday it kept climbing till it hit about 50 cents.

I’m happy as shit at this point, in checking prices of my cryptos every 1hr on the 1hr. All my shitcoins are going up. Euphoria. However, a couple days later something strange happened with the smartcash price. It started tanking hard (this was before the total market crash occurred) it was down to 25 cents and falling. I knew something was weird, and I thought maybe something bad happened with the project. Maybe they got an order to shut down. Whatever the case was, I didnt have time to think rationally because Every 5 minutes it was losing pennies at time.

I quickly sent everything to cryptopia because it was still at 25 cents each for LTC only. I wanted to get my profits asap. Can you blame me? lol. By the time the transaction approved it was already down to 17 cents each. Not even 30 minutes later. However I noticed Coin Exchange low volume they were still paired with DogeCoin at 48 cents each. So… Screw it, I sold 5k for 17cents each, and sent the remaining 12k to CoinEx. I got it there just in time. Although there was very low volume there was enough buy orders up to profit a total of 45 cents each.

NICE… At this point all pairings tanked to about 9-10cents each. Screw it. I converted all doge back to BTC and bought 20k back for 9 cents each, and I still had about 3k in BTC. That’s when I noticed smart was still selling for around 15 cents each on Cryptopia , and 18 cents each on HITBTC. I sent 5k to HitBTC, 10k to Cryptopia, and 5k back to my rewards wallet.

Again, screw it, I was trying to make a quick profit. Prices were so unbalanced, I didn’t know what the hell was going on. All I knew is that something bad happened and the coin is tanking. No time to think lol. That’s when everything got Frozen and all my transactions were caught in limbo. Nothing was verified except for coin exchange telling me the transaction was complete. I did get my 5K smart cash to hitbtc. That was good. But I wasn’t getting anything on my web wallet or Cryptopia for hrs.

So naturally like everybody else would do I was looking for answers on Reddit, the website etc. Turns out there was a coin hack, and the hacker minted millions of coins and was liquidating all of them on every exchange. That’s what caused the price to tank so quickly. The developers ordered a Freeze of all transactions across every exchange, and burned the same amount of coins that were minted. Somewhere mixed in the announcements on discord the devs weren’t taking the minted coins back due to being unfair for the people who bought them from the hacker. There main concern was fixing the hack, and getting everything updated.

Now to the exchanges
At this point Cryptopia, CoinEx, and HitBTC weren’t continuing transactions until they updated their wallets, canceled all current transactions , and got issued the new coins by the SmartCash team in the amount they held, withdrew , etc etc for that entire day. I’m a little pissed because I’m out thousands of coins, and I have no clue when I’m getting them back , but not entirely, after all at least I have 3k in BTC for the $50 I spent lol, not to shabby. However, to all the people that bought in at the ATH and had pending transactions.. That sucks. My PW to my web wallet wasn’t working, and the devs disabled all wallets until “further update”.

Meanwhile, the 5k coins I had on HitBTC started to moon. They rose to over 3 bucks!. I knew something wasnt right. It was a mad house, so I sold all of them off for almost $15,000. idgaf after that. I was right, this whole situation was messed up. The only reason those mooned was because of extremely low volume, and it was the only exchanged that worked…noobs were pouring in buying up the supply. Hey, I’m now sitting with $18,000 in BTC . I really cant complain, however I would like my other 15k coins back, who wouldn’t?

This went on for about a week, and the devs mad an announcement that the web wallets have been updated, and we could now sign in. I did exactly that. What did I find? The exact 17,328 coins I originally had sent to cryptopia to sell 5k, and send the 12k to CoinEx ?????

Ok. i figured it was an honest mistake. Amid the mayhem the devs just wanted everyone to have their coins back . They rolled back transactions and everyone who withdrew got re-credited. After speaking to a few mods and other members, it was intentional. It was a lot easier for them to give everyone double what they had “if they withdrew within a certain time frame” then to sit through all this mess. It wasn’t bad. We were only talking maybe a million extra coins in circulation compared to over a billion coins.

Now I’m here sitting with $18k in BTC, and all my coins back, I’m happier than a pig in shit, but there was no place to sell these coins since no exchange had updated their wallets. These were “the new version of SmartCash coins ” , lol jokes on me right? Not. It gets better.

A couple more days pass, and CryptoBridge gets created. We were able to send coins there and sell them. I sold them for about $1.10 each. I now have over $35,000 in BTC. I also have an additional 15k SmartCash waiting for me after Cryptopia rebroadcasts their transactions. 2 more weeks go buy, and so does the total market crash from the ATH, its at the point where the market recovered back to 500 Billion from $294 billion. SmartCash is still selling for 70-80 cents on CryptoBridge when finally Cryptopia updated their wallets, and all transactions deposits/withdrawals were rebroadcasted.

I sign on and what do I find? Not just my 10k SmartCash from the coin exchange deposit, I also find the original 17,328 I sent from my web wallet the day of the hack. Lmao. So not only do I hit $35 grand, I have way more SmartCash. I sold all 27k of them on CryptoBridge for about $18000 over the course of 2 days. this wasn’t a mistake. The team said in announcements about exchanges rebroadcasting, and I was told we would get double . When I asked why I was told “that’s just how the exchanges work in this situation. We have to re-credit them all the new coins yada yada”. When asked if I can keep these, they said yes, its not a problem ” ok so the market dips again, and CoinEX finally gets back up and running. Yeah you guessed it. They rebroadcasted all transactions also. Yes, I ended up with another 5k in my webwallet, and 10K on Cryptopia.

Yes, Cryptopia rebroadcasted all deposits, CoinEx rebroadcasted all withdrawals , and the web wallets also reset . That’s how I ended up with a free $55,000. That of course got cashed out. I’m debt free now lol. Also my original 17k SmartCash is still back. I traded off half of them for alts, then donated the rest back to SmartCash.
Crazy right? “
unquote

This is the most outrageous manner in which anyone would made profits in cryptocurrency trading. If you have come across anything better, do share with us. 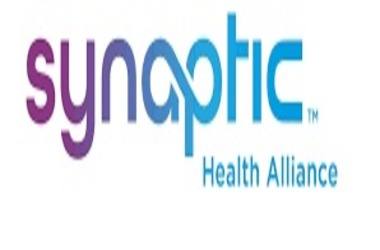