Binance, the biggest trading crypto exchange, has transferred 988,888 ethereum worth about $ 204 million to a new address for a fee of 6 cents.

Commenting on the transfer, Changpeng Zhao, Binance’s CEO said “We will be moving some funds between our cold wallets. A telltale sign of a new cold wallet on Binance is two small transfers from and BACK TO an existing wallet, then a large transaction. No need to be alarmed. Funds are #SAFU.”

There is no clarity on the reason for moving the funds, but 100,000 eth were sent to the new address and 888,888 after an in-and out test transaction. 8 is an auspicious figure in China, signifying Zhao might have been a slightly anxious when all this eth was sent to the blockchain ether.

According to Santiment data, this is the largets “transer” since February of this year when Poloniex moved about two million Ether after it was acquired by Circle. With days destroyed (the longer a coin remains in a particular wallet, the more “days”) the more funds remained at the previous address for approximately one year.

The transfer operation of these funds must have been huge and intense. One simple mistake and everything might be gone. Usually, therefore, important precautions are taken, with the easiest one being the breaking up of the private key through Shamir’s Secret Sharing, inserting a key say at the backside of the shoe, one at selected vault in Switzerland, one with the grandma wherever. 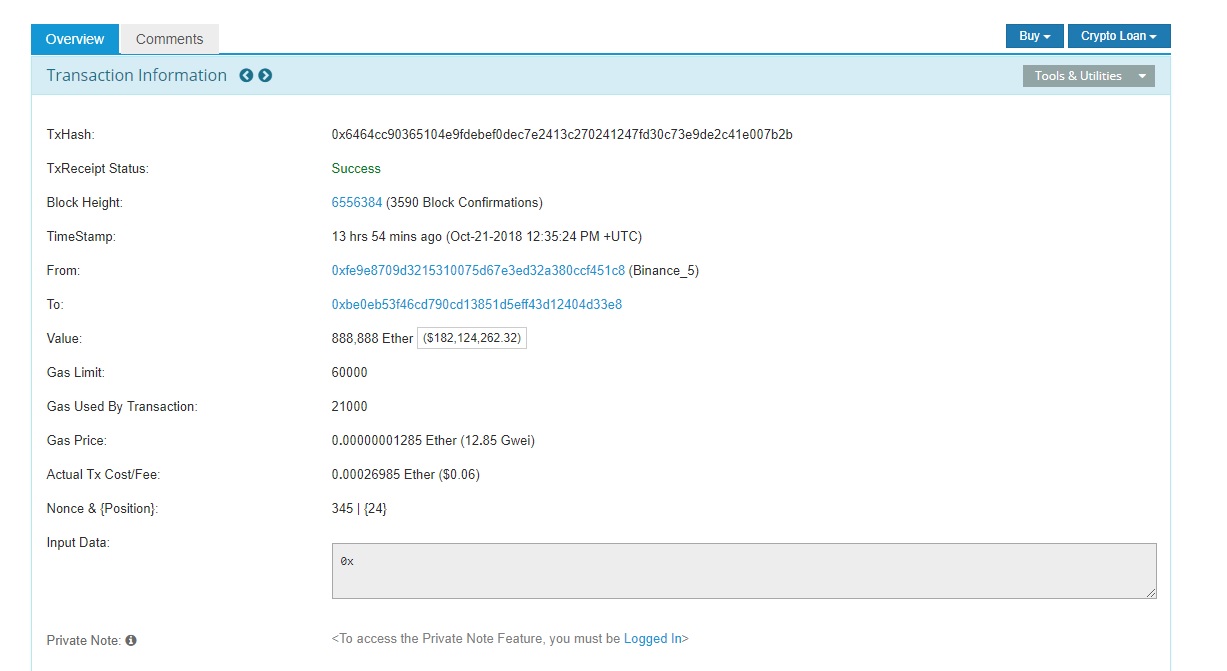 It is impossible to move funds unless most of these distributed keys are put together. Once they are transferred, a fresh system might need to be put in because likely there will be outflow in some place. The two biggest known cold wallets in 2011 were MT Gox and Bitfinex in 2014 – 15. Both were hacked later. Logically, this move is only taken if necessary. Whether it was in the case of Binance, we don’t know. Recently, they said there was a database glitch, so they had to synchronize again, but anyone’s guess if there’s anything under the surface.

This is because exchanges have now likely advanced to a point that they will probably brush any kind of hacking incidents under the carpet and cover investors’ losses with their profits. Disclosure to the public would only reduce trust, with the question of hot wallets not being hacked, but when. As such, a practical businessman would firstly control the amount necessary in the hot wallet to perhaps 5% and set aside enough profits to cover that so that when the unexpected takes place, the users will not be affected in any manner.

It should be remembered that Binance has never been hacked though they have been around for less than a year.