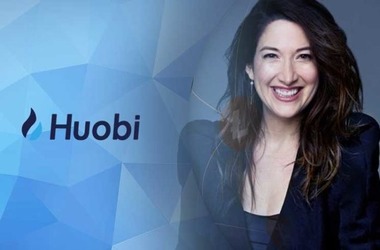 Huobi, one of the largest cryptocurrency exchanges by trading volume, has mentioned that the appointed members will serve as think tank for the digital asset trading platform. The team of experts will ensure offering a reliable financial protocol for fund raising, value exchange, and securitization.

Additionally, the committee members will also offer professional advice and assistance for firms and individuals during the Huobi Chain Superhero Championship Program’s election phase. The program was launched by Huobi exchange two months back in order to improve community participation in the creation of Huobi’s planned public blockchain project.

In its official announcement, Huobi has stated that the Committee “will provide comprehensive professional advice and insights on the underlying technology, industry application, business model construction and other dimensions of the blockchain.”

Other appointed members of the committee include:

The Harvard educated Randi is an entrepreneur and author of four books. She is not frequently in the limelight as her brother Mark, but has carved a name for herself within the U.S. tech-space. Randi has huge experience in serving as an official spokesperson and marketing director of Facebook. Currently she serves as the CEO of Zuckerberg Media, a New York-based content creation and management firm she established five years back. Back in 2010, Randi Zuckerberg was featured as one of 50 Digital Power Players and nominated for an Emmy award.

By joining Huobi, Randi has stamped her wholesome entry into blockchain industry. However, Mark Zuckerberg is still approaching the crypto space with extreme caution. Notably, Facebook banned all crypto related ads earlier this year. However, in June, it has relaxed the blanket ban by allowing pre-approved advertisers to offer their products and services related to the crypto industry. Mark has stated that he is looking at blockchain to solve major issues related to Facebook.