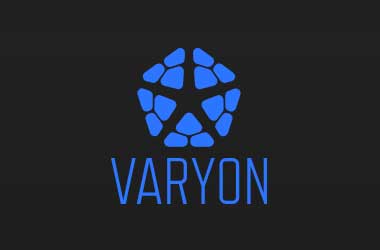 Varyon (VAR), the cryptocurrency which will fund the creation of the world’s first self-governed floating island, expected to be completed by 2022, is being offered for sale from yesterday onwards.

Two non-profit organizations, the Seasteading Institute and Blue Frontiers, are partners in the project, which is also backed by PayPal founder and billionaire Peter Theil.

The project involves building an artificial island city containing 300 houses as well as few commercial buildings, including restaurants and hotels, in the Pacific Ocean off of Tahiti.

The project is planned to be funded through the sale of Varyon (VAR) crypto token. The sale of VAR token at the investor level has begun and pre-sale details were published by the project team.

Varyon (VAR) is expected to be required to purchase seasteads, fractional ownership of seasteads and seastead residency from Blue Frontiers, the presale is available today for the first 4,000 ETH with bonuses from 5% to 15%. The public sale date is yet to be determined.

The amount raised through crowd sales will be used to fund all the developmental stages in the project including design and engineering, general administration, and community growth. All matters related to the project, including sales of property, products and services are anticipated to be carried out only through the Varyon token.

The project owners have described the token as ‘an easily exchangeable token, of which only a billion will ever be made. Varyon will also be tradable and usable beyond just Blue Frontiers’ 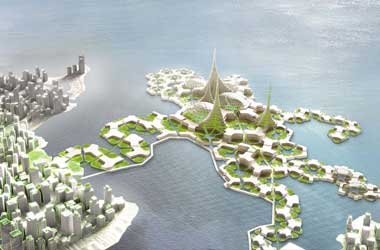 An agreement for the construction of the island state has already been signed with French Polynesia in 2017 and the work is expected to begin next year. The island state will resemble a fishhook to remind the climate change in the region. The island will be designed such that the entire superstructure will rise along with the rise in sea levels by up to 6 feet.

Nathalie Mezza-Garcia, a political scientist and researcher for the Floating Island Project, said “the island’s residents will be free of fluctuating geopolitical influences and trade issues.’

President of the Seasteading Institute, Joe Quirk, hopes this is only a beginning and thousands of floating cities come up by 2050, with each of them offering a different way of governance. Quirk told the New York Times ‘Governments just don’t get better, they’re stuck in previous centuries. That’s because land incentives a violent monopoly to control it.’