Where and How to Buy ethereum – Safest places to buy ethereum by CoinTrust.com

Talk about cryptocurrency and the first crypto coin that comes to everyone’s mind is the Bitcoin. While the Bitcoin is the undisputed champion of cryptocurrency, it is not to say that it is without competition. Say hello to the Ethereum network and its tokens – ethers. Ethers are denoted by ETH and it is one of the few altcoins that has gotten a lot of traction, backing and weightage in recent years.

One of the most asked questions about Ethereum and Ethers is – how do I buy them? In this article, I will give you all the low down, tips, do and don’ts that you need to know prior to making your first Ether purchase.

Where to buy Ethereum

VitalikButerin, a Russian Canadian is credited with writing the Ethereum white paper in 2013. Buterin had worked extensively on Bitcoins and the concept of crypto currencies in general when he figured there could be a lot of improvements made to the underlying technology that would better support digital currencies. Unfortunately, the computer language used to develop bitcoin was too inflexible to integrate these changes. Vitalik is quoted as saying – “Bitcoin was designed to be a [Simple Mail Transfer Protocol] SMTP. It’s a protocol that is very good at one particular task. It is good for transferring money, but it was not designed as a foundational layer for any kind of protocols to be built on top.”

To better comprehend how the Ethereum improves on the Bitcoin, let us compare and contrast these two altcoins.

The main improvement over the Bitcoin is that Ethereum is developed using a computer language known as the Turing – complete scripting language which allows much greater flexibility to introduce and incorporate changes on an ad – hoc basis.

Another major difference that you should know from an investor or potential buyer stand point is that unlike the Bitcoin, there is no (not yet at least) cap on the number of ethers that will be generated and put into circulation. There is only an annual restriction. On the other hand, there is a final limit on the number of bitcoins in existence and the mining of bitcoins will approximately come to a conclusion around 2140, after which no more new bitcoins can be added into circulation.

However, please note that the Ethereum community may at any point unanimously vote and decide to impose such an ultimatum on Ethers too.

Now that you have a basic idea of what the Ethereum network is, here are some of the best places where you can buy Ethers.

How to acquire Ethereum?

For the vast majority, their first Ethereum purchase is usually on a crypto currency exchange website. Is there one single crypto exchange that is perfect for everyone? The answer is no, there is no single exchange that fits the bill for everyone. It depends entirely on preference and circumstance. Some exchanges allow you to buy ethers for bitcoins, some do not support ether at all, some allow you to use a credit card or an e – wallet to purchase ether, etc.

If you are looking to buy ethers using a credit card, here are some of the best exchanges for your requirement –

Coinbase.com is the largest cryptocurrency exchange in the world in terms of trading volume and it also has an excellent reputation. Coinbase.com is tried and tested by millions all over the world. Coinbase supports ether and also other popular cryptocurrencies such as bitcoin and Litecoin. While you can trade other supported cryptocurrencies for ethers at Coinbase.com, one of the features that users seem to like most is that you can go ahead and buy ether and other crypto coins using a credit card at Coinbase.com (provided you are in a location\country where this is supported). Note that Coinbase.com abides by US regulations and so requires government identification to be submitted by the user to proceed with such transactions.

Cex.io was initially just a mining pool that now also offers a full fledged crypto exchange. In fact, the mining pool is now shut down, and Cex.io is an exclusive exchange website. Like Coinbase.com, Cex.io requires users to submit government identification as mandated by KYC and AML regulations.Cex.io is known for its worldwide presence as it supports the most number of countries when compared to other cryptocurrency exchanges. However, there are certain restrictions imposed which may vary from one country to another (number of transactions allowed per day, for instance).Credit card purchases will be taxed with a 3.5% or $0.25 fee (whichever is lesser). 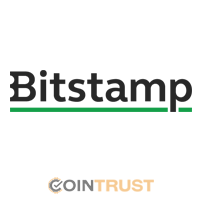 Based out of London, Bitstamp is a well – known and trusted exchange website that has been operational for years. However, they do not yet support Ethereum, but they have announced that they will onboard and support Ethereum going forward in the near future. This is definitely an exchange to keep an eye on for if you are looking for an exchange to buy and sell Ethereum.

How can I buy Ethereum for cash?

Unfortunately, at this time, there is no service which allows people to directly buy ether in exchange for cash. However, this is not to say that it cannot be done. There is a simple work around. There are several services wherein you can buy bitcoins for cash, so all you need to do is first buy Bitcoins for cash and then use any cryptocurrency exchange which supports the btc to eth trading pair and go ahead and exchange your bitcoin for ethers.

Where can I get Ethereum for a bank transfer?

If credit cards and cash aren’t exactly your preferred method of payment, and you would rather pay for your ethers via a bank transfer then you will be happy to know that that is possible too.

Coinbase.com is a web crypto exchange that I have already discussed earlier in the article. It is one of the worlds biggest bitcoin brokers and Coinbase.com accepts wire transfers from those looking to buy crypto currencies.

Kraken.com is yet another popular and legitimate online crypto exchange which accepts bank wire transfers as payment for crypto coins. It was established in 2011 and the founder of Kraken is a man by the name of Jesse Powell. Kraken is one of the first few bitcoin exchanges to hit the market. In 2016, this exchange expanded to include Ethereum classic as well. However, Kraken is limited in terms of the number of countries it supports – United States of America, Canada, Japan and European countries are supported by Kraken at this time. 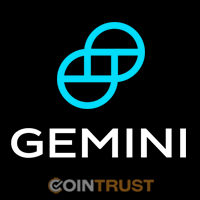 Gemini.com – Gemini is one of the newer online crypto currency exchanges in the market. It was established in 2015 by Winklevo twins. These twins, prior to launching Gemini.com, were known for making claims that the founder of Facebook (Mark Zuckerberg) actually stole the idea for Facebook from them.

Gemini.com is legally available in as many as 26 American states. It supports both Bitcoin and Ether so you can trade them for one another if required. Depositing using bank wire transfer into your Gemini.com account is free in terms of charges, but there will be transaction fees levied on sales and purchases made on this platform. The fee is fixed at 0.25% of the value of the transaction itself.

Exchanging Bitcoins for Ether – where can I exchange?

Bitcoins are undeniable the most popular crypto currency in the world. In fact, for most people the term bitcoin is synonymous with the term crypto currency or digital currency. Bitcoins are highly popular and as a result they are also much easier to buy and sell than other crypto currencies which are not as well known. Thankfully though, once you have acquired bitcoins, it does make being able to buy other forms of crypto currency easier. This is why for investors who are looking to buy into other forms of cryptocurrencies other than the Bitcoin, I would always recommend buying the Bitcoin first. Bitcoins are more readily available for purchase using traditional payment methods and fiat currencies. Once you have Bitcoins, you can then proceed to buy any other desired crypto currency by simply paying for them using Bitcoins.

Like with cryptocurrency exchanges, these websites also may require (as required by law) that you submit or upload a government issued ID card. However, the process of verification is very quick. As per Ethereum, almost 90% of all ethers brought are paid for in Bitcoins. This goes to show that using bitcoin instead of fiat currencies is a more accepted and easier way to get things done for everyone in the equation.

Here are some crypto currency exchanges where you can buy ether for bitcoin. 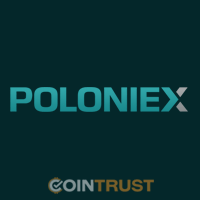 This was launched in 2014. Poloniex is one of those exchanges wherein fiat currencies are not entertained. So you may have a hard time buying your ether using fiat currencies, or a bank wire transfer. However, if you have crypto coins, then you can go ahead and buy any of the other crypto coins listed on this exchange with considerable ease. In terms of fees, this exchange follows the makers and takers concept wherein people that are adding liquidity are charged lesser than those who are charged more. Poloniex charges both the buyer and the seller and the charge may range anywhere between 0.5% to 0.25%. The exact fee levied depends on the amount of the purchase itself, basically, the larger the amount of the transaction, the lower your fees.

Another exchange where you can exclusively deal with Altcoins only. Shapeshift.com. They have a strict no fiat currency police here and so you will need to have crypto coins in your crypto wallet in order to be able to do anything at all.