Cryptocurrency Mining – Best 15 Mining Hardware and how it works. 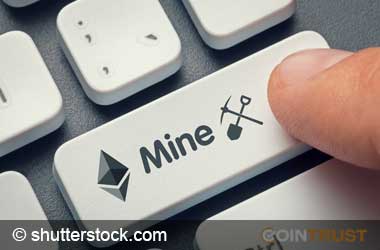 Cryptocurrency mining is something that is generating a lot of excitement among tech savvy people at present.

Everybody who knows about cryptocurrencies and mining wants to mine altcoins and bitcoins and earn money.

The industry is very young and the concept is brand new.

In spite of this, cryptocurrency mining has travelled a long way from the blockchain technology and the bitcoins that were born as its by-product back in 2009.

Today you have thousands of cryptocurrencies that you can either mine or trade in, and either way, you are going to make money.

The cryptocurrency industry has two varieties of coins to offer — pre-mined coins and minable coins. Most digital coins are mineable because of the nature of the blockchain technology on which they are based. But some coins are pre-mined by their founders and developers and later sold to investors. Founders and developers can make a lot of money from their pre-mined coins, but investors can later claim a share of the profits.

Mining is interesting because of the rewards you can earn for each block you generate. Most cryptocurrencies reward the individual or mining pool that works out solutions to cryptographic problems. Since the solutions are based entirely on the solutions of previously generated blocks, no one can find solutions for blocks that are to be generated in the far future.

A block can be defined as a series of cryptographic signatures on the transactions it stores. Each transaction carries a fee, part of which goes to reward the miner. Each block has its own difficulty value, which can increase or decrease. Difficulty values serve to keep the rate of block generation constant. For example, the Bitcoin network has been designed to create a block every 10 minutes. In case of Ethereum, blocks are created once in 16 seconds.

Cryptocurrency mining is thus just like searching for gold in a pile of dirt. If you are lucky, you will find large nuggets. Otherwise, you will get nothing but dirt. Otherwise, you will find just a few grains of gold. Your success also depends on location. If the above-mentioned pile of dirt is located favourably, your chance of finding gold gets better. In case of cryptocurrency mining, however, “location” corresponds to “hardware.” You need excellent hardware to mine your coins.

About Software and Hardware

If you are interested in cryptocurrency mining, you have plenty of options ahead of you. You can run certain algorithms tolerably well on CPUs, but others need GPUs and some others require custom-made ASICs.

When the cryptocurrency mining industry was in its infancy, solo mining was possible. You had to download or compile the right mining software and wallet for the coin you wanted to mine. The next step was to configure the software so that you could join the cryptocurrency network of your choice. Finally, you had to dedicate your ASIC, GPU, or CPU to the work of mining. Your only aim as a solo miner was to solve cryptographic problems and find solutions to blocks before anybody else and earn rewards.

Today, solo mining is difficult because software takes up too much space and requires a lot of bandwidth. For example, you need 145GB of space to accommodate the entire Bitcoin blockchain and the syncing process takes a lot of time. Over a period of time, miners were required to contribute only a percentage of their computational power to find part of a block and earn part of the rewards. But then the difficulty value of cryptocurrencies increased, making it difficult for individual miners to mine coins anymore. This led to the development of mining pools.

Your chances of earning rewards increase if you just join a mining pool. This is because a mining pool does the work of mining collectively and distributes rewards among its members. Your hardware contributes hashrate and receives a percentage of the block rewards. 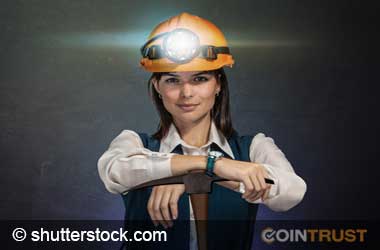 Mining cryptocurrencies is all about purchasing hardware and participating in a mining pool. You also have to download some software, configure it according to your mining pool and hardware and you will start earning coins.

As soon as you have joined a mining pool, you will receive detailed instructions on how to get started. However, it isn’t as easy as sounds because all hardware and software isn’t the same. If you want to mine coins, you have to interact a lot with other miners. So you must join mining forums like BitcoinTalk and Github.com to improve your knowledge of cryptocurrencies, mining pools, providers of mining equipment, and so on.

Once you have learned everything about mining, you may find it difficult to identify the best coin for mining. This is because coins are volatile and their value keeps fluctuating due to various factors. To make matters worse, the unregulated nature of the blockchain technology has given rise to a number of scam coins, which are also known as shit coins. To make any profits from your mining activities, you should know exactly what coin to mine. You should also be ready to mine multiple cryptocurrencies.

The following are some details on how to mine various types of cryptocurrencies:

Although the oldest form of cryptocurrency mining, bitcoin mining is still popular and profitable. The difficulty value ensures that the number of blocks generated every day remains constant.

Once you have obtained the proper hardware to mine bitcoins, you must join a reputed mining pool to be able to earn block rewards. You have to download software that will help you control your mining rig. Once you have established your bitcoin mining rig, you must download a wallet to store all those bitcoins you earn.

The Bitcoin wiki says that those who generate a block in Bitcoin blockchain network get a reward of 25 bitcoins. This reward will be halved every time 210,000 blocks are generated. In addition, the miner gets part of transaction fees. These rewards serve as incentives for miners to do the hard work of solving cryptographic problems and creating blocks.

Ethereum is expected to evolve into the next Bitcoin. When you join an Ethereum mining pool, you will be mining Ether, which is what the cryptocurrency associated with Ethereum is called.

As long as your personal computer has Graphic Card (GPU) with a minimum RAM of 2GB, you can mine Ether coins. You need GPUs because their speed is 200 times higher than that of standard CPUs. But you need to be aware that Ethereum mining requires a lot of electricity.

To mine Ether, you have to download a communication hub called Geth, which will uplink you to Ethereum’s portal and co-ordinate the hardware with your setup. You also need to download some mining software, which will help your GPU run hashing algorithms.

You can mine Litecoins without spending on ASIC. You can create litecoins on CPUs that have a GPU.

Miners prefer GPUs because they have higher computational power and can make cryptographic calculations faster. To mine litecoins, you also need to download the appropriate software.

You may find it difficult to mine litecoins on your own. In this case, you can just join a mining pool, where you can just relax and earn your rewards.

In case of Litecoin, the reward reduces by half every time 840,000 blocks are mined. Currently, miners can earn 25 litecoins for every block they create and this reward halves after a particular number of blocks are created.

Dash is one of the newest kinds on block. It is an anonymous coin that currently enjoys a market cap of over $1 billion. Each Dash coin is today worth more than $200. It works on the principles of proof of work and the blockchain technology.

Dash recommends ASIC processors for mining its coins, but miners can still use their CPUs and GPUs for mining Dash coins. Detailed mining guides are available on the Dash website. Going through those guides will help you find a faster hashrate on your CPU.

If you are into GPU mining, you have to download appropriate software such as DashMiner, MinerGate, and SGMiner. You also need to install a wallet to store all your Dash coins. You can make things easier for you by just joining a mining pool as it will greatly increase your chances of earning rewards.

Dash blocks are hard to generate as they use X11 algorithms. If the hashrate is 385 Mh/s, you will get 1.8 Dash coins per block generated. 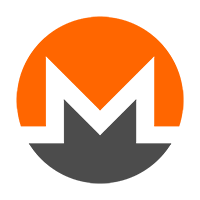 Monero is a cryptocurrency that is based on the Cryptonote algorithm. It features ring signatures to make transactions more private. You have to use CPUs and GPUs to mine Monero coins as no ASIC equipment has been created for Monero so far. You must use AMD graphic cards although NVidia GPUs work just as well.

The next step is to configure your software to make it work with the hardware, install a Monero wallet, join a cryptocurrency mining pool, and collect your rewards.

In case of Monero, block rewards decrease slowly till they become 0.3 XMR/minute. After this, the reward will remain the same for an indefinite period of time.

Is Cryptocurrency Mining Worth Your Time and Effort?

Is there really a pot of gold at the end of the cryptocurrency rainbow? Paco Ahlgren of the Wi-Fi Alliance calls cryptocurrencies “the purest form of democracy the world has ever known”.

Digital coins are definitely revolutionizing the world, especially as you can earn coins for all your hard work and investment.

Still, the industry is quite young. If you take up cryptocurrency mining as your hobby, you can generate a few dollars every day. If you stick to mining for up to two years, you may recover the amount you invested in the hardware. In fact, you have to invest more in hardware if you want to earn more coins.

If you want to mine cryptocurrencies or even trade in them, make sure that you invest money that you can afford to lose. You should also remember to do a lot of research on various coins because the market is flooded with scam coins.