Nearly 90% of Bitcoins Have Been Mined 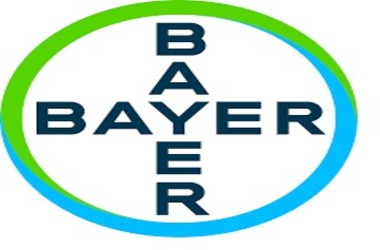 Litecoin is a peer-to-peer digital currency that can be transferred instantly and at low cost to any part of the world. It is a 100% decentralized international open-source network that is secured by mathematics. It enables people to establish full control over their money and features faster confirmation time and enhanced storage. Litecoin enjoys a great deal of liquidity, trade volume, and industry support.

Litecoin is popular for its ability to handle a larger volume of transactions than Bitcoin. Since blocks can be generated more frequently on the Litecoin blockchain, the network can handle an unlimited number of transactions. This translates into faster confirmation time, a fact that is greatly appreciated by merchants.

Since Litecoin bears a MIT/X11 license, anybody can modify, run, access, and copy its software and distribute as many modified copies of it as they wish. The system is absolutely transparent, enabling independent code verification.

Litecoin was launched as open-source software on Oct 7, 2011 on Github.com. The founder of Litecoin is Charlie Lee, who once used to work for Google. On Oct 13, 2011, Litecoin’s blockchain network went live.

Since Litecoin is the result of a fork in Bitcoin’s original blockchain network, it bears a striking resemblance to Bitcoin. But there are differences such as an increase in the maximum number of coins that can be minted, a decrease in the time taken to generate blocks, and a hashing algorithm called Scrypt, which is absent in the original Bitcoin network. Even the GUI of Litecoin is slightly modified to make it different from Bitcoin.

Litecoin became the first among the top five digital currencies to adopt Segregated Witness (SegWit) in May 2017. A few days later, Litecoin processed the first transaction on its Lightning Network and transferred 0.00000001 LTC from a person in Zurich to another person in San Francisco. The transaction took less than a second.

The hottest news regarding Litecoin is about its founder Charlie Lee selling all his litecoins. A CNBC news report says that Lee either sold or donated all his litecoins in a few days. Lee said that he decided to make this move due to “conflict of interest” about his litecoins. According to him, people used to accuse him of tweeting about Litecoin value just to increase his wealth. He told CNBC, “Some people even think I short LTC (litecoin)! So in a sense, it is a conflict of interest for me to hold LTC and tweet about it because I have so much influence.”

While refraining from mentioning the exact number of litecoins he sold, Lee said that the sale will not cause a crash in the market. Lee also said that some people accused him of encouraging investors to purchase Bitcoin Cash, a digital currency that resulted in a recent hard fork in the Bitcoin blockchain.

Reasons to Use Litecoins

Investing in any cryptocurrency is fraught with risks, but experts have talked about several advantages of using litecoins:

Lee’s Dedication to the Cryptocurrency: Unlike the founder of Bitcoin, who remains unknown, anonymous, and absent, the founder of Litecoin is known, always present, and talks about his dedication to the cryptocurrency. Litecoin founder Charlie Lee worked for Google and Coinbase, the well-known cryptocurrency exchange, for several years. He also quit his job because he wanted to devote all his time to Litecoin. Recently, he made news by selling his entire stock of litecoins because of a “conflict in interest.”

Litecoin’s Proof of Work Algorithm Makes It More Decentralized: Proof of work is the process through which miners solve complicated problems on super computers to approve transactions on a blockchain network.

SegWit Upgraded: Litecoin has implemented SegWit, as a result of which its blockchain has better capacities than the Bitcoin blockchain. This includes faster transactions and lower transaction fees.

Investors Feel Litecoin is the “Next Bitcoin”: Since Litecoin is more capable than Bitcoin of doubling its market cap and value, investors feel that it could be the “next bitcoin.” The enhanced capabilities of the Litecoin network have attracted a large number of investors.

How Does Litecoin Work

Since Litecoin is an altcoin, it is not controlled by any financial institution, government, or bank. Litecoins are generated by a process called mining or processing transactions made in litecoins. The Litecoin network generates blocks every two-and-a-half minutes. A block is an entry into Litecoin’s public blockchain ledger.

Each block on the network is verified by the use of mining software and made accessible to any miner who expresses interest in it. When a miner verifies a block, it is added to the blockchain, which is actually a faithful record of every transaction made in litecoins.

How to Mine for Litecoin: At the beginning, whenever a miner verified a block and had it successfully added to the blockchain, he/she received a reward of 50 litecoins. As time passes however, the reward decreases. In Oct 2015, the reward reduced by 50 percent to 25 litecoins. The reward will continue to get halved every four years till a miner mines the last or the 84 millionth litecoin.

You may wonder if it is possible to alter a block or cause double spending of the same litecoins. This can never happen because other miners will immediately be alerted. The only way to do this is to convince most of the miners on the blockchain to accept the scam and this is something that can never be done.

The best thing about Litecoin is that you don’t need super computers that consume a lot of electricity to mine litecoins. You can mine them with any computer although the number of litecoins that can be mined increases with a computer’s mining capacity.

Litecoin has performed exceedingly well during the last year. In fact, it has performed better than Ethereum and Bitcoin, making investors feel that it could be the next bitcoin. It is still considered to be the silver cryptocurrency while Bitcoin is considered to be gold. In spite of this, the value of each litecoin, which was over $300 a few months back, has fallen to $230.

The future of Litecoin, therefore, is uncertain. It is a subject that needs expert scrutiny from several angles, and one cannot take any one opinion as certainty. Some experts feel that the price of litecoin could shoot up to $1000 in 2018, but again this depends on a number of factors such as government regulation and wider adoption. Litecoin may stand a chance if it gets a larger number of investors.

Where and How to Buy Litecoin

If you are in the habit of investing in cryptocurrencies and want to purchase some litecoins, you can do so at reputed exchanges such as Binance, Livecoin, Bitfinex, Bitsquare, Coincut, Poloniex, or Coinbase. Purchasing litecoins is easier considering the fact that it is among the three digital currencies that can be purchased for fiat money at Coinbase. For this reason, Litecoin enjoys more popularity among newcomers to the world of cryptocurrencies.

The first step to purchasing litecoins is to register at a cryptocurrency exchange such as Coinbase. While creating your account, you will be prompted to verify your identity. To buy your litecoins, you have to click on the Buy/Sell tab and choose Litecoin and the method of payment.

Once you have confirmed your transaction, your litecoins will be loaded to your account at the cryptocurrency exchange.

There are plenty of Litecoin wallets for you to choose from and not all of them can be considered to be the best. While choosing your Litecoin wallet, you must make sure that it gives you complete control over your private keys. The best Litecoin wallets are easy to use, compatible with multiple devices and operating systems, come with restore and backup features, and have a development community that is willing to interact and answer questions.

I consider the following Litecoin wallets to be the best:

Liteaddress: This is ideal for litecoin holders who prefer creating paper wallets. Visit Liteaddress, generate your public and private keys, and store them on paper in a very safe and secure place. You will find plenty of free online guides on how to create a paper wallet.

Trezor: This is a hardware wallet that you can use to store not only litecoins but also bitcoins and a number of other digital currencies such as Dash. Although it is on the expensive side, it offers several layers of security that makes it worth spending on. And ultimately, spending on Trezor gives value for money as it supports multiple cryptocurrencies.

Exodus: Since it is a free desktop wallet, it attracts a number of users. Exodus supports a total of eight cryptocurrencies and can be downloaded for Linux, Mac, and Windows. It is not yet compatible with Android and iOS.

Jaxx: Jaxx is a multi cryptocurrency wallet that is compatible with desktops as well as mobile devices. It supports 12 digital currencies and has a backup seed phrase with 12 words. Since it comes with the shapeshift feature, it can be used to exchange a cryptocurrency with another cryptocurrency.

Click on the following links to learn more about Litecoin and to stay updated on the latest happenings in the Litecoin community: