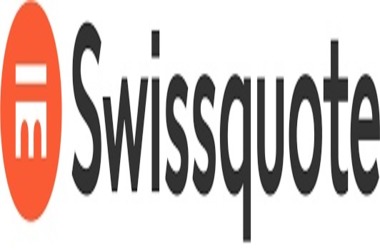 Veritaseum claims to be a builder of peer-to-peer capital markets based on the blockchain technology as its software at the global level. The creators of the system can place a variety of assets on the blockchain as software that can connect individuals and organizations without the requirement of a central authority. Anybody who can access the Internet can take part in these capital markets on an over-the-counter, one-on-one, and peer-to-peer basis.

In an interview with Jim Reynolds on Investitin, its founder Reggie Middleton talked about how his cryptocurrency works. He provided insights into Veritaseum’s business model, target market, and the value it creates in the market.

Regarding its history, Middleton said that a prototype of Verisateum went live at the end of 2013. He called it “the first capital markets implementation of smart contracts and blockchain technology of its kind.” He also claimed that his platform allowed users to trade any financial asset in the list without an exchange, bank, or broker.

Why is Veritaseum a Scam Coin?

If you had purchased VERI tokens during its initial coin offering (ICO), you might have made a lot of money. However, it is definitely not worth investing in VERI tokens anymore. Experts consider Verisateum to be a scam coin for the following reasons.

Very Little Information: Reggie Middleton, the founder of Veritaseum, calls himself a genius, but doesn’t provide proper information about his system on the official website of Veritaseum. About 95% of the text on the official website is fluff. The website claims that the cryptocurrency “enables software-driven P2P capital markets without brokerages, banks or traditional exchanges.”

Most of what is written on the official Verisateum website is generic stuff about the Internet, blog posts on economic topics, and other unrelated information. In brief, the website talks about random topics without any clarity or flow. While it mentions peer-to-peer capital markets, it sells products that have nothing to do with P2P trading. Instead, it sells cryptocurrency analyses in exchange for VERI tokens, but these analyses are just copies of existing analyses that are available free of charge.

Attempt to Capitalize on the Public Distrust of Financial Institutions: Middleton is a smart man who is making an attempt to cash in on people’s distrust of banks, corporations, and financial institutions. He tried to get people interested in Veritaseum by telling them that the platform will allow them to trade assets, including stocks, without having to visit any broker, bank, or financial agency. He claimed that VERI tokens can be used to represent a wide range of investments. In doing so, he borrowed heavily from the bitShares concept—the concept of using tokens to represent something of value.

Attempt to Take Advantage of the Hype around ICOs: Middleton appears to have taken advantage of the hype around ICOs. A number of people had realized that a lot of money could be made from initial coin offerings. As previously mentioned, those who had invested in initial coin offerings (ICOs) ended up making a lot of money. The tokens or coins were available at a heavy discount during the ICOs. They were then sold for a higher rate as more and more investors got interested in them. Once everybody closely associated with the scam cryptocurrency made their money, the coin was abandoned.

Bad Reports: Verisateum reports were of poor quality. They were copied and pasted from the website of Gnosis. They made revenue projections that held no water and had neither form nor substance. Those who read the reports agreed that they had absolutely no quality. It is impossible to use Middleton’s P2P platform although he had VERI’s bitcoin prototype right from 2015.

Centralized Exchanges Refused to List Verisateum: When Middleton and his team approached centralized exchanges, they refused to list VERI because they couldn’t understand what he was offering. The only exchange that ultimately listed VERI was EtherDelta, a decentralized exchange on the Ethereum platform. Surprisingly, VERI had a large daily trade volume on this small exchange. The reason VERI became so popular on EtherDelta was because of the videos published on YouTube by Crypt0. He expressed so much passionate interest in the coin that people started noticing it and investing in it. Crypt0 might have done this for financial gains.

Ultracoin was Veritaseum’s Ancestor: Long before he launched Veritaseum, Reggie had already launched it as ultracoin on the Bitcoin platform. The project had to be shut down because it just did not get popular. According to a Reddit user, the software was downloaded 402 times, but was just never used.

Founder Holds Most Tokens: Middleton holds over 98% of all the VERI tokens created even after he complained that the system was hacked. Experts suspect that the hack could be an insider job, but nobody has any proof.

Veritaseum Ranks 98th among Top 100 Coins on CoinMarketCap: Today, there are two million VERI coins in circulation. As many as 100 million coins are expected to be mined. Its market cap is $166 million. One can obtain VERI coins only at EtherDelta, which is not a highly reputed exchange. Veritaseum has the largest trade volume at EtherDelta.

However, if one takes a look at the trading volume of the top 100 coins at CoinMarketCap, one notices that all of them trade an average of 4% in 30 days. If the top ten coins are taken out of the list, the average trading volume drops to 2.4%. Veritaseum occupies the 98th place among these 100 coins.

If Veritaseum moves to another exchange such as Bittrex or Poloniex, its true value will be known.

Stock Market Has Not Yet Implemented Blockchain Technology: This is the biggest reason to steer clear of Veritaseum, which claims that any financial asset, including stocks, can be traded on its platform.

Even the most accepted coins in the world of cryptocurrency, Ether and Bitcoin, are not as widely accepted in the mainstream. The US government has not yet approved the Bitcoin ETF. Currently, investors can trade bitcoins like a stock only in two funds, one in Europe and one in the US.

The founder of Verisateum Reggie Middleton is a blogger and analyst who runs a website called BoomBustBlog. While nobody has any complaint against his blog, which as several decent articles, many have complained about the uselessness of his YouTube videos. He mentions the fact that he was on CNBC as a guest analyst several times in his videos in order to hide the fact that they lack substance. One of his videos is about how banks and corporations cannot be trusted and another has a broken link. Most of the videos have a chorus that chants his name while a cheetah or leopard stalks across the screen. In brief, his videos have too much fluff and very little substance.

The following links will provide more information about Verisateum and its VERI tokens: