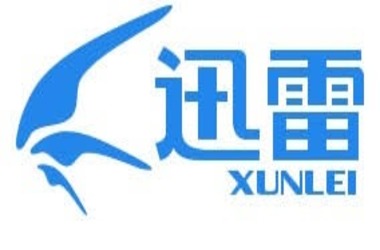 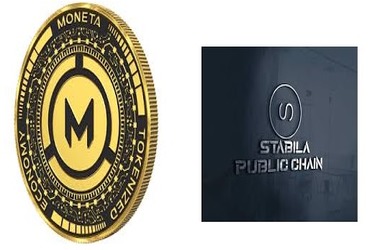 Bitconnect is one of the worst cryptocurrency scams ever, and the biggest tragedy about Bitconnect is that many cryptocurrency investors had predicted its fall long back. Unfortunately, the hundreds and thousands of people who invested their bitcoins on its lending platform and referred other investors to its services through its referral scheme, failed to listen to warnings. As a result, a number of investors lost a great deal of money in what experts say is a clever Ponzi scheme that succeeded in fooling people for much longer than anybody could imagine.

Why is Bitconnect a Scam Coin?

Bitconnect had been too good to be true. Many members of the community had become alert to its shortcomings long before it announced the closure of its lending service and cryptocurrency exchange. When Bitconnect pulled down its shutters, the value of its coin came down by 87%. According to a Cointelegraph report of Jan 17, 2018, BCC was trading for only $30.

Bitconnect posted a release on its official website, citing three reasons for the shut down:

Financial Loss for Investors: The platform has promised to refund outstanding loans at an average of BCC value during the last 15 days—$363.62. But BCC has lost its value a great deal and is now worth less than $40. If Bitconnect issues a refund, they will get back their BCCs, but those whose original investment was in Bitcoin or USD are suffering great financial loss.

Ponzi Scheme: Members of the cryptocurrency community have been calling Bitconnect a Ponzi scheme for a long time. These allegations were because the platform had a referral system that went several levels deep and promised earned interest of up to 40% along with a bonus of up to 0.25% every day on every load. These high risk-free rewards literally reeked of a scam because they were too good to be true. Bitconnect’s official website promoted lured investors to BitConnect Coin by selling them on the promise that as soon as they acquire BitConnect Coin, they immediately took possession of an asset that yielded as much as a 120 percent return per year. That promise did not materialize and BitConnect investors ended up owning a digital asset that had no value.

Rewards Were Too High: The digital currency community has absolutely no sympathy for Bitconnect. In fact, many of them had seen it coming. To get BitConnect Coins (BCC) one had to send bitcoins to Bitconnect on its exchange. Holders of BCC were then promised returns of up to 120% per year. Coin holders were informed that they were rewarded just for holding BCCs and “helping maintain the security of the network.”

Regulators Crack Down on Lending Platform: When regulators cracked down on Bitconnect’s lending platform by issuing cease and desist orders, the cries of “Ponzi Scheme” got louder. This was how the lending platform worked: first, users had to deposit their bitcoins on the address given to them. Second, they had to exchange their bitcoins for BCCs. Third, they had to lend their BCC. This would make them eligible to earn their daily profit, which changed according to the volatility of the coin.

Anonymous Operators: The operators of Bitconnect were anonymous. Nobody knows the identity of the person or persons behind Bitconnect.

To understand why Bitconnect failed, one requires an understanding of how it worked. Bitconnect was operated by an anonymous individual or group of individuals. It accepted loans from its users and gave them high rewards in return. For example, if you gave Bitconnect a loan of $10,000 for a period of 180 days, you would receive earned interest of 40% every month plus a daily bonus of .20%.

In addition, Bitconnect had a multi-level referral system through which it made thousands of users share their referral codes on their social networking accounts. According to the platform, it used “volatility trading software” and trading bots to generate returns for users, and this came to an average of 1% every day. Bitconnect promised too much and users realized too late that it was nothing but a Ponzi scheme that would soon vanish from the scene.

If a user wanted to loan an amount to the company, he/she had to first deposit his/her bitcoins and then exchange them for BCC at the market rate. The company paid the interest and principal only in BCC. Users then had to reconvert their BCC into bitcoins at the end of the loan term. Since BCC was required to become a part of Bitconnect’s lending platform, the value of BCC shot up. When the company was established, the value of one BCC was less than one dollar. In less than a year, the price of BCC had shot up to more than $430 and the cryptocurrency had a market cap of more than $2.6 billion.

Now that BCC no longer has any uses, its price is sure to fall further. However, the company has announced that it will hold its initial coin offering (ICO) for its trading platform and that BCC trading can be continued there.

Alert members of the digital currency community had seen this coming and had issued warnings long before Bitconnect shut down. For example, a poker player, affiliate marketer, crypto investor, PC geek, and gamer who goes under the name of “The Grinder” had posted the following warnings on Satoshi Watch.

Spelling and Grammar Errors on the Bitconnect Network: According to The Grinder, bad English has to be taken seriously. Honest businesses usually employ a person to edit the text and run it through a spell checker before publishing it on their website. Scam sites purposely include grammar and spelling errors for the following reasons:

High Returns, Low Risk: The promised daily interest of up to 0.25% adds up to 91.25% annual returns. In addition, the company promised up to 480% every year. Their referral system paid referrals 7% whenever the people they referred made an investment. The referral system had 11 levels and the total rewards add up to over 12%. The referral rewards alone come up to 127.25% every year. No honest business can afford to give such a high, risk-free interest to its customers.

Bitconnect Wanted Bitcoins: Bitconnect wanted investments in bitcoins because the company knew that it will soon shut down. You had to purchase BCC with bitcoins from the developers themselves and whenever you did so, you helped to increase the price of BCC. The company cleverly included a referral system so that people could promote their site on a wide range of social networking sites. This gave them all the traffic they needed. When they were not getting enough new investments to cover the costs of paying interest to their old customers, they sold their BCC, which was now worth a lot of money. People were willing to buy their BCC because they wanted to invest it in their Ponzi Scheme. The company now not only has BCC, but also valuable Bitcoins, which it sells, makes a lot of money, and vanishes from the scene.

Bitconnect may have pulled down its shutters, but it has a number of devoted promoters who are continuing to fool naive investors in Asia and Indonesia. They are telling investors that the price of BCC will go up in a few months. According to a news report on Next Web, Mr. Santoso, who was recently appointed by the company to promote its products in Indonesia, is one of the promoters.

While Bitconnect has shut down its exchange and lending platform, Bitconnect is still accepting investments on its Bitconnect X ICO. The company is also advising its supporters to invest their BCCs in this ICO. A number of investors have warned that the company is trying to use BCC coins to increase the price of ICO tokens of BitconnectX (BCCX). Needless to say, those who naively invest in BCCX will suffer the same fate as those who invested in BCC.

By now, it is absolutely clear that Bitconnect is not worth wasting your time and money on. Still, if you want to learn more about it, you can check out the following links: