To overcome the shortcomings of Bitcoin, to provide fast and easy transactions at low cost 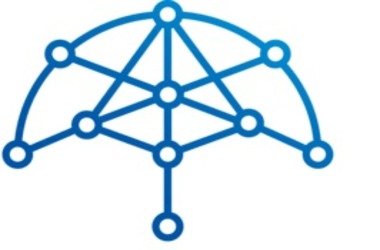 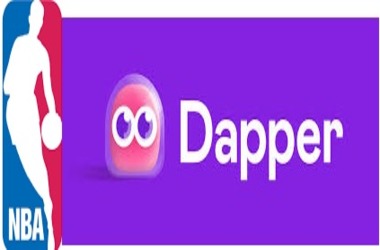 Dash is one of the anonymous cryptocurrencies developed to overcome some major flaws in the Bitcoin Network. Dash, a word that comes from “Digital Cash,” is among the most lucrative altcoins in the world of cryptocurrencies at present. Dash is not to be confused with development platforms such as Stratis and Ethereum. Instead, it is peer-to-peer digital cash that is not only decentralized, but also intends to become as liquid as fiat currencies such as USD, EUR, GBP, and others.

At the foundation of Dash lies the original Bitcoin code, but a slew of new features have been added to it. Some of these features are fast transactions, low transaction fees, rewards for developers, and privacy. Dash is an open-source software platform that comes with its own wallet, community, and blockchain, and its development community is dedicated, enthusiastic, and willing to answer questions.

Creation of Dash and Early History

Dash was launched as XCoin (XCO) on Jan 18, 2014. A few days later, it was rechristened Darkcoin, and a few months later, Darkcoin was once again rebranded as Dash.

As many as 1.9 million Dash coins were created during the first two days of the launch. This accounts for nearly 10% of the total number of Dash coins that will ever be created. Evan Duffield, Dash’s lead developer and founder, said that this happened because of a bug created during the Litecoin fork that led to the formation of Dash. Although he suggested re-launching the coin after the bug was fixed and later airdropping the coins to ensure a broader distribution, the Dash community refused to accept the proposal.  Most of the mined coins were distributed at exchanges for very low rates.

Today, the Dash team has 30 developers working full time, 20 developers working part time, and a large number of volunteers who receive no payment. Since all the employees receive salaries drawn from the budget system of dash, they are not dependent on sponsorships or donations that may lead to a conflict of interest.

Reasons to Use Dash

Dash is a cryptocurrency, but it still stands in a class of its own because of its focus on efficiency and user friendliness. Here are a few reasons to use Dash:

Privacy: PrivateSend is a coin-mixing service that is built within the software of the Dash network. This service breaks transactional data into small pieces and scatters them all over the network, making it impossible for anybody to view the transaction details. This is Dash’s way of protecting user privacy.

Fast: The confirmation time on the Dash network is shorter than that of other cryptocurrency. The network has a feature called InstantSend, which enables transactions that can be confirmed in an instant.

Dash Developers Are Rewarded: Dash sets aside 10% of all the new Dash coins mined for purposes of development. This enables the cryptocurrency to hire paid marketers, social media professionals, and developers to work for its development and increase adoption.

Dash has a unique structure that operates on the masternode network, which has two tiers. Dash developers call it an “incentivized full-node operation.” While the first tier of the network comprises nodes, the second tier comprises masternodes.

You will become qualified to operate a masternode only if you hold 1600 Dash coins. You need to continue holding so many coins in order to continue operating the masternode and receiving your fees. This requirement protects the network from spammers as one would need to purchase 1600 Dash coins in order to operate a masternode. Someone who holds so many coins wouldn’t do anything to destroy the network. Since they have spent a lot of money to purchase those Dash coins, operators of masternodes go out of their way to protect the network. They weigh all the pros and cons carefully because approving initiatives and budgets submitted by the community.

The transaction fees are distributed as follows: while the miner gets 45% of it, the masternode operator gets 45% and the Dash maintenance team gets 10%. In addition, miners receive block rewards whenever they confirm a transaction and create a block. Right now, the Dash network comprises 4500 masternodes.

Dash is a volatile cryptocurrency and you should invest in it only if you don’t mind losing the money you have invested. Moreover, Dash is not without its shortcomings. For example, it is not really a private network as it publishes a list of the top 100 richest addresses on its network. Critics of Dash have also pointed out that it is possible to view the details of a transaction if they operated all masternodes the transaction passes through. One also cannot forget the fact that 11% of the total Dash coins that will ever be in existence were mined within the first 48 hours of launching Dash. Some critics of the network feel that this reduces the credibility of the cryptocurrency.

Dash could have a bright future considering the fact that it is working on making the cryptocurrency easier to use. Currently, the Dash team is busy with Dash Evolution, a brand new coin that will be as easy to use as Google Wallet or PayPal. It will come rich in features such as integration with apps and web stores, recurring payments, the option of clearing transaction histories, and usernames that make it easier to send transactions. Dash Evolution may be released early in 2018.

According to a news report on Value Walk, Dash has recently signed partnership deals with three companies. The first is with Strike Social, a social media advertising company that helps firms such as Coca Cola, XBox, and Netflix, get the most of their advertisements on major social media networks such as YouTube and Facebook. The second partnership is with GoCoin, one of the earliest processors of cryptocurrency payments. And the third partnership is with Piiko, a prepaid phone provider powered by cryptocurrency technology.

If Dash continues to make such partnerships, its future is definitely going to be bright. At the same time, investors must understand that one cannot make a 100% true prediction about any cryptocurrency, and that includes Dash.

Where and How to Buy Dash

Exchanges: The official website of Dash has made a list of all the exchanges that allow you to purchase Dash. Some of these exchanges are CryptoBuyer, Coinci, Bittrex, Bitsane, BitPanda, BeatCoin, Binance, AnyCoin Direct, BitBay, and others.

Automatic Teller Machines (ATMs): Several ATMs support Dash and you can use a mapping service called Coin ATM Radar. You also have the option of operating your own ATM to purchase and sell Dash.

Choosing a Wallet for Your Dash Coins

You can choose from a wide range of wallets to store your Dash coins, and here is a brief overview of those wallets:

Dash Core: This wallet supports all the features of Dash as and when they are released. This includes features such as PrivateSend and InstantSend along with features related to voting, masternode, and governance. Since it is similar to the software used by mastercodes, you have to download Dash’s entire blockchain to use it. Dash Core is compatible with Linux, Raspberry Pi, Windows, and MacOS.

Electrum Wallet: This is a light wallet that makes use of external servers to index the Dash blockchain. Simultaneously, it secures the keys on your PC. It uses a technique known as Secure Payment Verification (SPV) to verify transactions on the Dash network. SPV requires only block headers, not the entire block. Although startup is instant, the wallet does not support advanced features such as PrivateSend and InstantSend.

Mobile Wallets: Mobile wallets such as iOS wallets and Android wallets allow people to send and receive Dash coins on the move. Your mobile device stores the keys. If you lose your device, you can use the recovery seed to retrieve your funds quickly. Since mobile wallets for iOS and Android support InstantSend, you don’t have to wait for a block confirmation to purchase products and services from vendors.

Hardware Wallets: If you use a hardware wallet such as Ledger, KeepKey, and Trezor, you can store your keys in a secure device. At the same time, you can use a web interface to make a simple transaction.

Paper Wallet: This is a wallet that allows users to create, encrypt, and store keys to a Dash address on a computer without having to connect to the Internet. This is ideal for those who want to store their Dash coins for a long period of time.

Third Party Wallets: A number of developers have developed wallets that support Dash. Accordingly, users can choose from external wallets such as BitKan, Jaxx, and Exodus.

Web Wallet: A web wallet maintains your web balance while retaining control over your private keys. If you store your Dash coins at an exchange, you are using a web wallet. I am not in favor of storing digital currencies at web wallets because they are not secure. Moreover, an exchange can shut down at any time or face problems it might never overcome.

Click on the following links to get a better understanding of Dash: