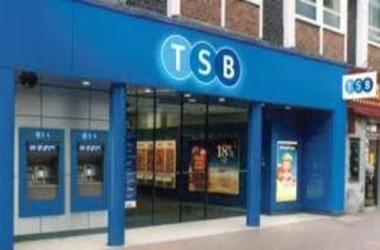 Over five million clients in the United Kingdom are apparently being denied access to cryptocurrencies by a UK bank. As per people familiar with the situation, TSB Bank is apprehensive about an upsurge in crypto-related scams.

The bank singled out Kraken and Binance as two platforms it is worried about because of their “weak security measures,” which permit criminals to flourish. According to a fresh study, the additional severe actions, if implemented, will affect nearly 5.40 million consumers.

The bank would prohibit crypto transactions, according to a story in the British daily The Times, “as it considers criminals are being able to establish e-wallets and pilfer people’s money due to inadequate safety checks.” Binance, the world’s largest crypto exchange, is of special concern to TSB.

Binance is based in the Cayman Islands and has been accused of breaking the law before. Regulators in the United Kingdom are already investigating the exchange for offering share tokens of Coinbase and Tesla. The probe, nevertheless, has had no effect on Changpeng Zhao, who listed Microsoft and Apple tokens on Binance in late April.

As per The Times, TSB Bank received a whopping 849 allegations of Binance scam in a single month, from March 15 to April 15. Binance apparently failed to comply when TSB sought to reach the exchange to fix the difficulties. The assertions, nevertheless, have been refuted by the exchange. It claims that the bank’s security staff never communicated with it.

According to a spokesperson for the exchange,

“Binance takes its obligation to protect customers from frauds very seriously. Anytime we learn of these allegations, we act quickly and also have a proven history of cooperating with government agencies.”

TSB isn’t being kind to Kraken, regardless of the fact that the exchange is among the most compliant in the industry. Kraken is the largest crypto exchange in the region, with the greatest euro-crypto exchange volume in the world. As per Jesse Powell, the company’s CEO and co-founder, it plans to go public over the next one-an-a-half-years.

In reaction to the claims of fraud, the exchange’s worldwide head of compliance, Steven Christie, rejected them. “We completely refute the accusation that Kraken doesn’t quite react to pleas for help regarding fraudulent activities,” he said. In the year 2020, Kraken replied to over 1,000 distinct inquiries from law enforcement authorities. Kraken complies with all applicable laws and regulations.”

Be extra vigilant when it comes to Crypto investment advisors. If you get a call, e-mail or text from one – bin it, it’s a scam. Never engage with contact out of the blue. Find out more: https://t.co/jfNPCdlkzJ #ThinkTwiceThinkFraud pic.twitter.com/A835A7qJy5