I am one among the millions of Coinbase customers who rushed to open an account when Bitcoin rallied in December. As my primary motive was to understand how the system functions, I made only a token investment in Bitcoin. When Bitcoin tanked in January, I started spending more time to understand what is blockchain technology, how a network secures the data, side chains, scalability issues, transaction confirmation time, etc. As I dived deeper I understood that the primary motive of cryptocommunity is to free the masses from high banking charges and intrusion of privacy. This excited me as I am a frequent online shopper. However, the excitement did not last as there were very few sites which accepted Bitcoin.

By mid-Feb, Coinbase announced the launch of Coinbase Commerce, a new platform, which enables merchants to accept payments with Bitcoin, Bitcoin Cash, Ethereum, and Litecoin. The facility allows merchants to sign up with an email address and phone number.

Coinbase Commerce is not a hosted service and  so merchants will have full control of their own digital currency. Looks good from a merchant’s point of view. So, does it guarantee me a smooth shopping experience with Bitcoin?  There was nothing convincing for me as a client to go ahead and use the facility to shop in any of the sites they have partnered with.  So, temporarily, I dropped the idea.

Furthermore, when I understood that Coinbase Commerce is trying to compete with fintech giants like Paypal and Bitpay, a firm which is popular for its cryptocurrency payment services, I did not take it seriously. As I had gained enough experience of spending time in front of computer, waiting for Bitcoin transactions to confirm, I thought Coinbase Commerce’ platform to be a mere hype.

In the meanwhile, I also heard that Coinbase had implemented SegWit facility, which reduces Bitcoin transaction fees. The message was comforting. I did visit a few online ecommerce sites and nothing caught my attention in particular. While I was casually browsing yesterday, I realized that Marbek.co, a clothing brand, is accepting Bitcoin as payment (through its partnership with Coinbase) and offers worldwide delivery.

Marbek offers men, women, and kids clothing, footwear and accessories. As always, I browsed through the jumper collections and picked a simple, but attractive jumper.

The next step, obviously, is the checkout where I selected Coinbase as the payment method. 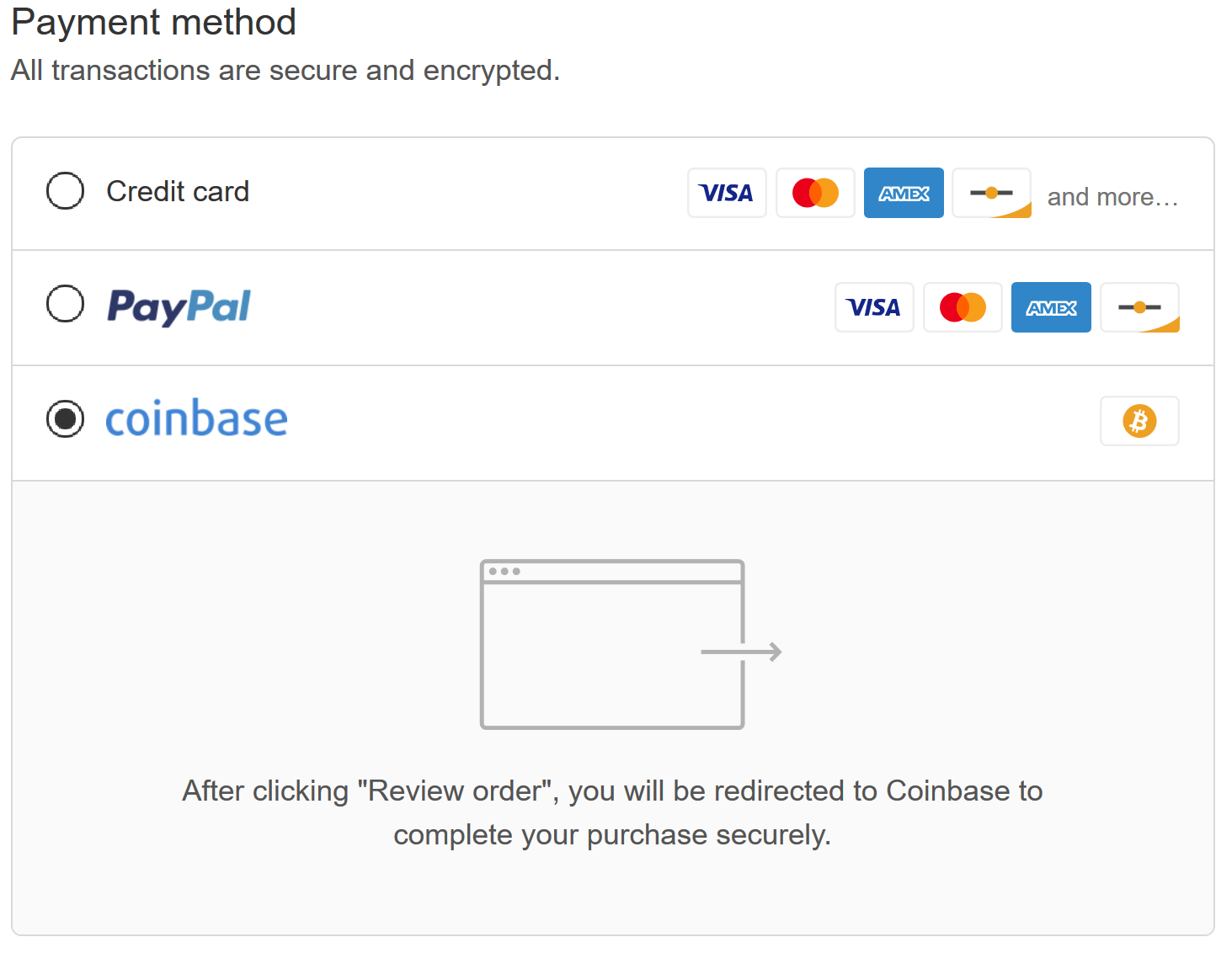 As suggested, I clicked ‘Review Order’ and got redirected to the Coinbase payment screen. 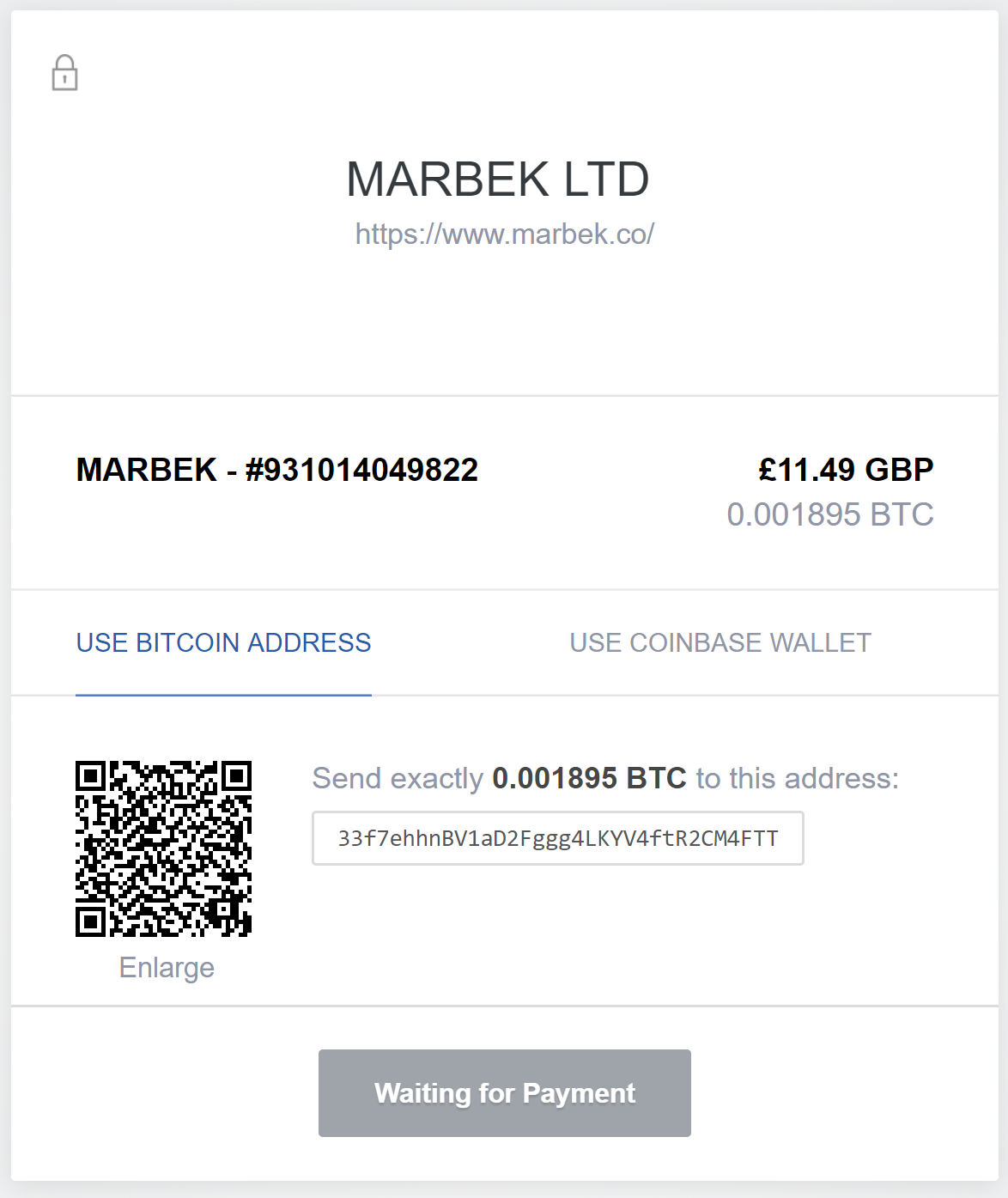 I entered the Bitcoin address and the amount to be paid by scanning the QR code using my mobile Coinbase app. Once that was done, I sent the payment in Bitcoin. 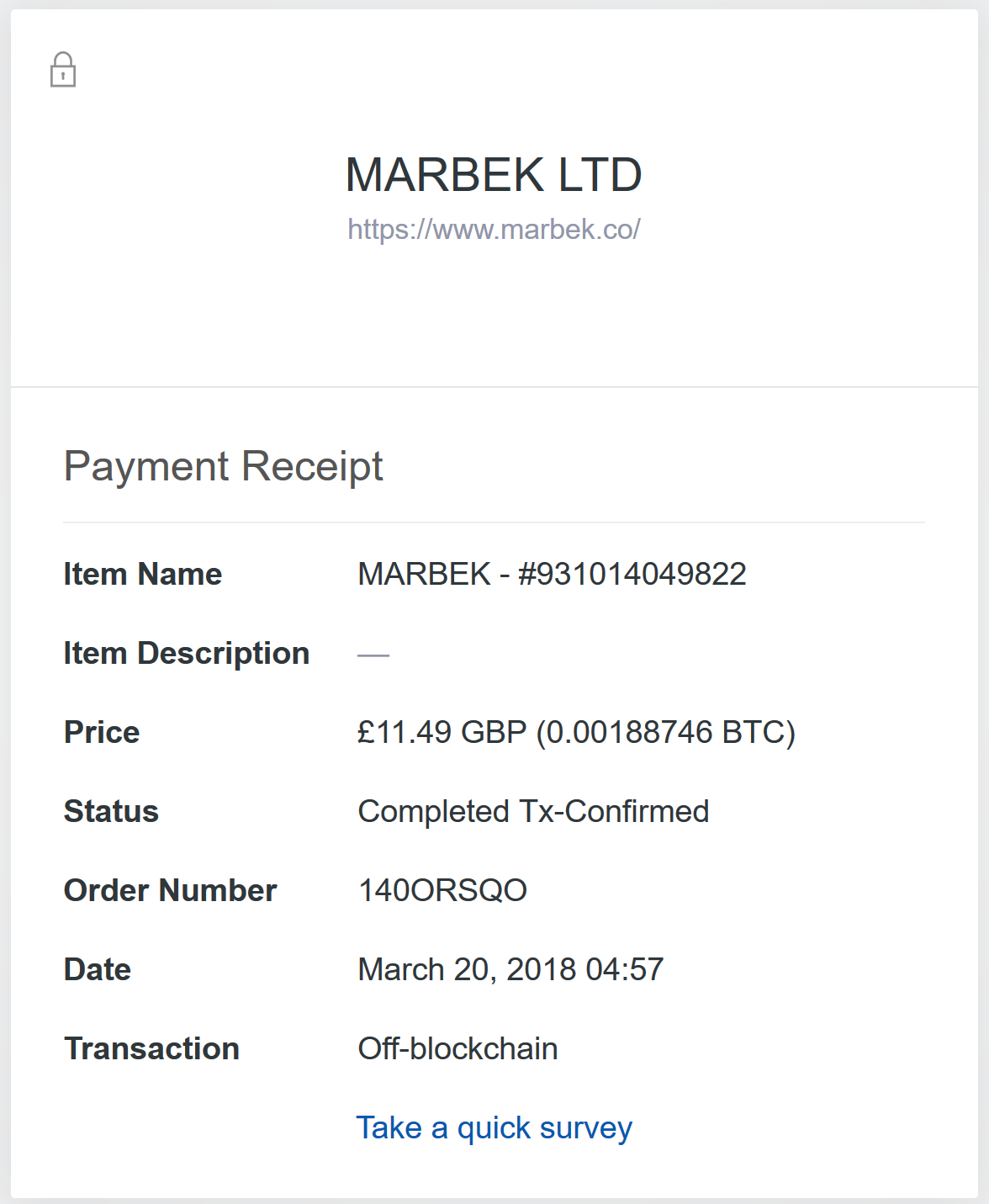 Based on my previous experiences of sending Bitcoin, I was mentally prepared to wait for at least half an hour to receive confirmation of the transaction. To my surprise, within milliseconds after initiating the transaction, I received the confirmation on my mobile. I did understand from the payment receipt that it was an off-blockchain transaction. Still, I was thoroughly impressed by the speed with which the transaction went through. I am absolutely sure that it was quicker compared to transactions that I have done with credit card and Paypal. 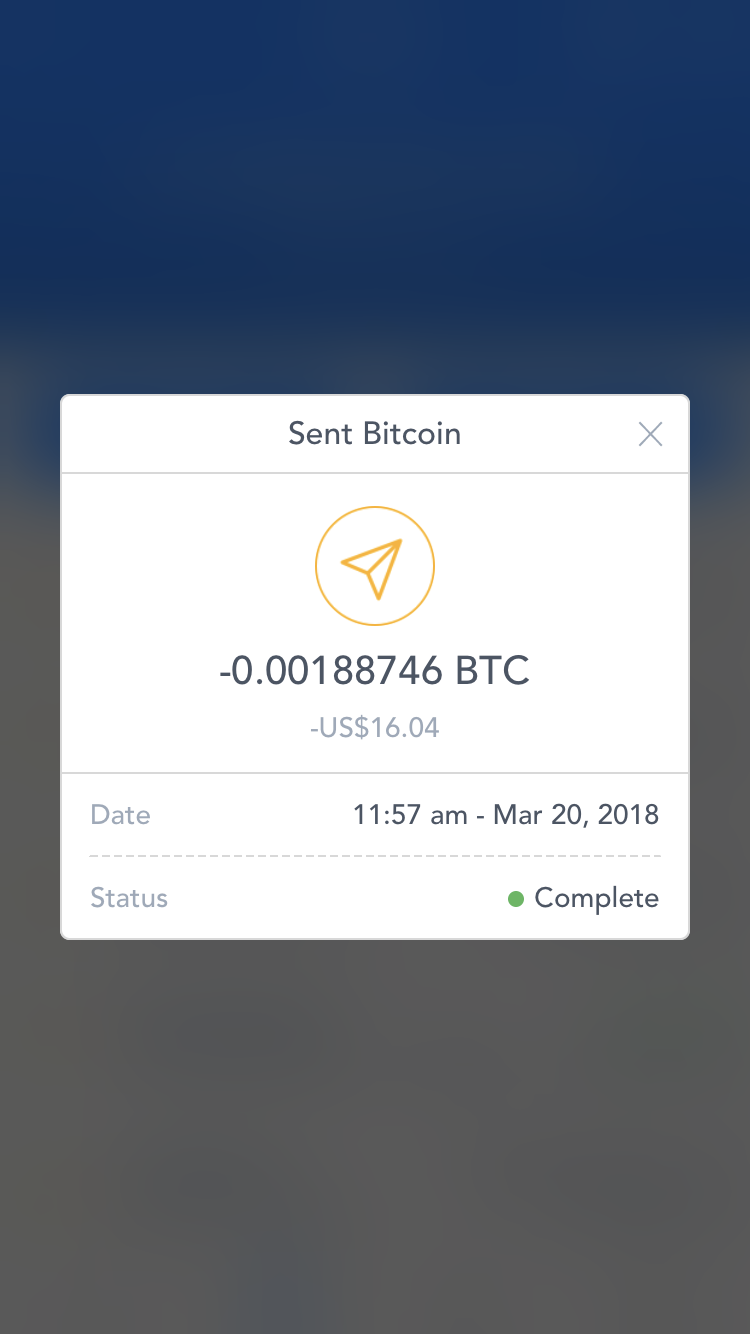 Instantaneously, I received an email confirmation from Marbek, confirming the order and payment.

Additionally, Coinbase, being a reputed payment processing service, sent me the payment receipt. 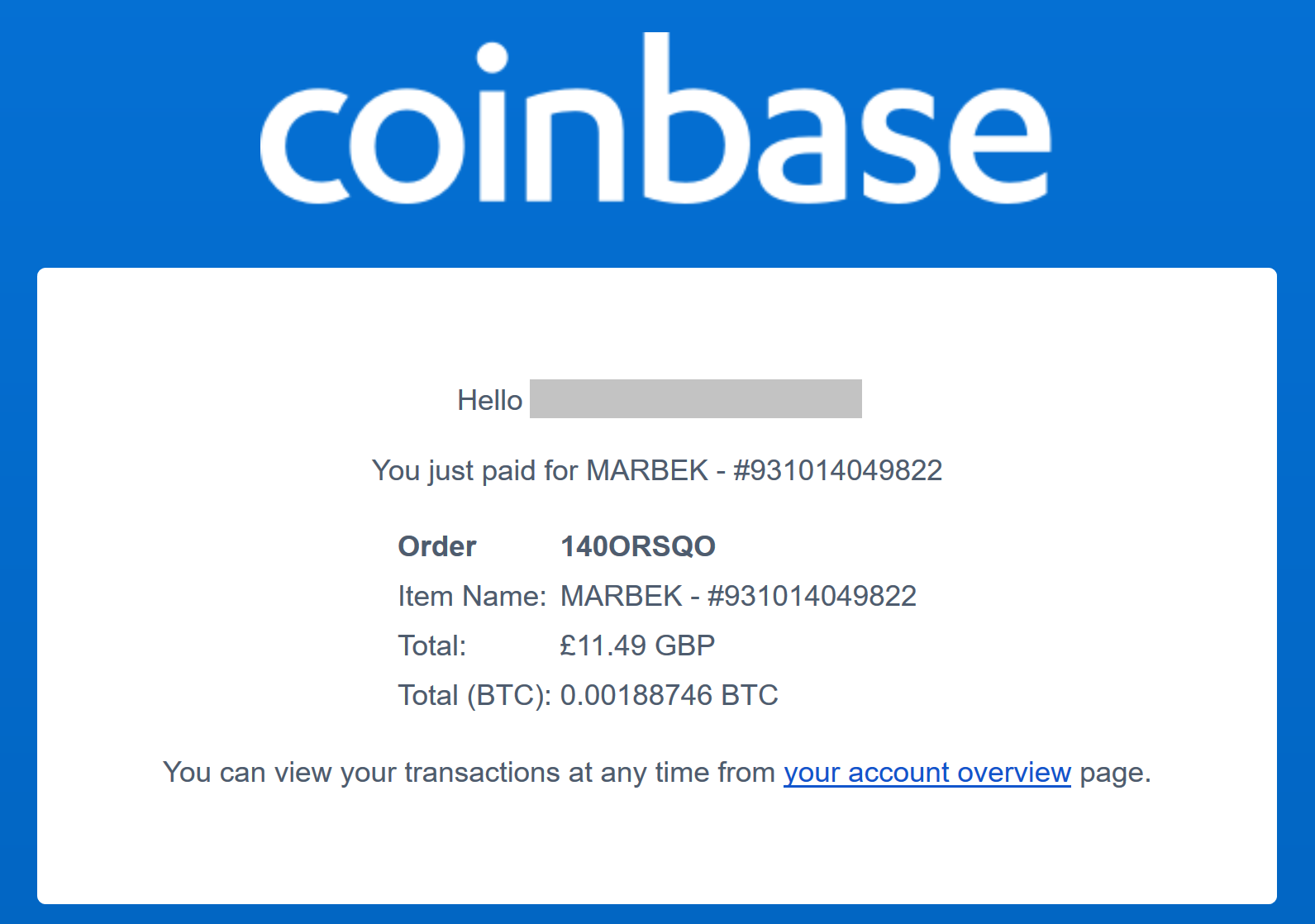 The entire process, from selection of jumper to payment with Bitcoin, went through without any kind of hitch. While I was preparing this article, Marbek sent me the shipping confirmation as well.

Practically, I did not lose any money on transaction charges as well. If only all ecommerce sites start supporting Bitcoin payments, I would save 100s of dollars every year in charges paid to credit card companies and Paypal.

When Bitcoin transaction confirmation took more than 15 hrs in December, I was thinking that the crypto industry can never challenge the giants in the fintech industry. The online purchase experience which I have shared here has totally changed my view on cryptocurrencies.