US Law Makers Call Cryptocurrencies “The Future of Money”

US Law Makers Call Cryptocurrencies “The Future of Money” 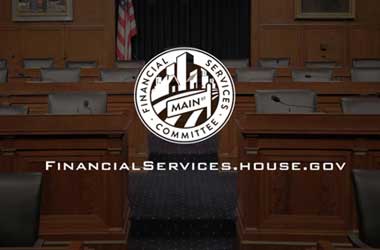 Cryptocurrencies and blockchain technology has gained a notable recognition from the US law makers. The United States House of Representatives have labeled digital currencies “the future of money”, days before a crucial hearing at Capitol Hill.

The hearing, which is scheduled to begin on July 18th, will be live-streamed starting at 2:00pm EST. The event titled “The Future of Money: Digital Currency” is hosted by lawmakers in the mighty Financial Services Committee. Congress is yet to release the list of those participating in the hearing.

The event is conducted at a time when countries such as Thailand, Malta, South Korea, Russia and Switzerland are rushing to enact a law that will govern the $258 billion cryptocurrency market.

The discussion will also focus on security issues such as money laundering that have gained prominence due to the availability of anonymous, private currencies. Notably, recent hearings at Capitol Hill were primarily concentrated on cryptos that facilitate anonymous transactions and money laundering.

Earlier this March, the United States Congress published a joint economic report that dedicated a whole chapter to cryptocurrency. The document also compared blockchain to the new generation internet. Further, the report stated how cryptocurrencies could become more popular than government fiat.

“Some critics of currencies controlled by government fiat welcome cryptocurrencies because their supply is preprogrammed and perceived as unchangeable. For example, only 21 million bitcoins will ever be issued and the last fraction of a bitcoin will be issued in approximately 2140. Additionally, the creator of Ethereum designed its mining reward to decline exponentially as more miners create blocks, and according to his calculations the supply will be just over 100 million ether[…].

Cryptocurrencies and ICOs create headlines, and the pace of financial innovation in the blockchain space amazes skeptics. Yet, with all the headlines focusing on the financial applications, people may miss the digital revolution now happening with other blockchain applications. Even worse, people could be frightened about new developments with the technology as they associate blockchains with the negative headlines. Blockchain technology offers a decentralized, secure, and efficient way to store almost any form of data across multiple platforms.”

Contrary to skeptics view, the report states that fiat money will be glad to greet the adoption of cryptocurrency. The report also pointed out that blockchain’s tamper-proof nature along with its strong security aspects makes it an ideal product of the future.

Lawmakers are also facing pressure to disclose their cryptocurrency holdings to the public. The House Ethics Committee has made it compulsory for government employees and lawmakers to disclose all cryptocurrency investments over $1,000.