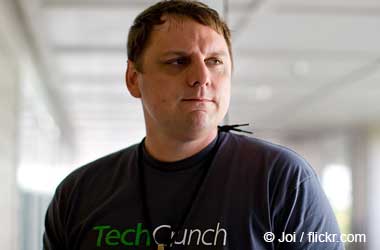 While speaking at Korea Blockchain Week, Michael Arrington, founder and former co-editor of well-known tech site TechCrunch, once again stated that Bitcoin will hit $25,000 before the end of this year.

It can be remembered that Arrington first issued this forecast in ‘Cryptotrader’ program run on CNBC. Arrington acknowledged his optimism about the price forecast for the numero uno cryptocurrency by market capitalization.

Arrington has been studying opportunites to invest in the cryptocurrency market, after establishing Arrington XRP Capital, a $100 million hedge fund last November. Arrington had earlier revealed that the funds are held in the form of XRP tokens. However, at Korea Blockchain Week, he surprised audience by saying that the fund holds more funds in the form of Bitcoins than XRP.

As the name indicates, Arrington is primarily a supporter of XRP, the native token of Ripple’s ecosystem. That is one of the reasons for establishing a fund with XRP token as the core currency. Even though Arrington XRP Capital holds more Bitcoins (BTC) than XRP, the founder still has high opinion about XRP.

Since the beginning of 2018, Ripple has been the most battered cryptocurrency for failing to convince investors that it is not a centralized network. RippleNet, which is behind the creation of distributed ledger based payment system, has been slapped with three lawsuits by investors so far. Even the SEC is of the view that XRP shares the attributes of a security and not a crypto token. The issue prompted Coinbase to avoid considering XRP for addition to its platform.

The XRP investors became furious when Coinbase announced that it is exploring the possibility of adding Stellar Lumens (XLM), which is perceived to have all the characteristics of Ripple. When questioned about this scenario, Arrington said “The one thing they all agree on is they all hate XRP.”

Arrington also expressed his views about Ripple being considered as a centralized institution. He said “None of that’s really true. From a hedge point of view, it’s great to denominate ourselves in XRP.”

The fund manager also heaped praise on XRP for facilitating high speed transactions across the globe at negligible costs. About his fund, Arlington stated that even though the funds are denominated in XRP, the focus is on diversification of the underlying assets. It is because of this reason the funds hold only 3% to 4% of its portfolio in XRP, while the rest is held as Bitcoin and other cryptocurrencies. Both NeurNer and Arrington have a similar view as far as the price outlook for Bitcoin in 2018 is concerned. Arrington also believes SEC’s approval for the launch of Bitcoin ETF will fuel the price of Bitcoin.

Regarding the price outlook for Bitcoin, Arrington said

My entire life has been in cryptocurrency, we’re on bullish on it. But I’m always an optimist, right? I think we’re still gonna hit $25,000 this year easy and I sure hope we’re at a low right now.