Bitcoin (BTC), the largest cryptocurrencyby my market capitalization, recorded an all-time high against the Argentine peso amid the currency’s continuing downward trend, claims Financial Times (FT) on May 27. As per the report, Bitcoin price has increased to a high of 394,000 pesos ($ 8,762.95 at press time) per coin, higher than the exchange rate recorded in late 2017 when the entire crypto market was at its peak.

The latest all-time peak of Bitcoin against the peso is happening in the midst of 2019 crypto-bull market together with the Argentine peso’s continuing decline versus the US currency.

The greenback has seen huge appreciation aganst the peso in 2018. The uncertainties surrounding the forthcoming presidential bid has allegedly triggered by uncertainties. Despite the latest effort by the International Monetary Fund (IMF) to promote Argentina’s growth by allowing the country’s main bank to use IMF resources to keep the peso under check.

Some experts are allegedly worried that the program might fail if the Populist party wins the October parliamentary election, as stated by FT. 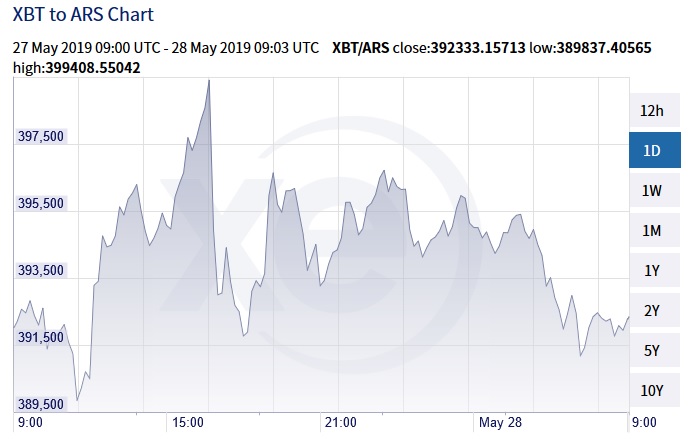 As FT stated, in April, the peso fell to fresh lows against the greenback, following 50% erosion of value in 2018, when both the peso and Turkish lira declined in the midst of investor anticipations of increasing US benchmark rates. Back in March, Tim Draper, venture capital billionaire, urged Argentina’s president to legalize Bitcoin to enhance the country’s economic condition.

Bitcoin Holdings of Tesla is Worth $2 Billion