Armenia is inviting bitcoin miners to set up shop at an abandoned thermal power plant. The TPP will be dismantled and leased to industrial businesses, including mining industries. The Hrazdan TPP’s technology has been judged antiquated and inefficient, resulting in high-cost electricity, and Armenian authorities have opted to close the plant in the upcoming weeks. Its properties and infrastructure, which includes electricity lines, water and gas transmission lines, will be made available to more lucrative firms.

The Commission for Regulation of Public Services authorized the idea to rent out the former thermal station on Wednesday, Sputnik Armenia reported. According to the news outlet, a business that manufactures refrigeration systems has already negotiated for the relocation of portion of its production to the TPP.

A free economic zone dubbed Ecos has been formed and is presently operational in another section of the facility. Entities engaged in the mining of digital currency will be permitted to establish crypto farms in this zone. Armenia passed a legislation authorizing cryptocurrency mining in 2018.

Even as the Hrazdan TPP is shut down, the mining infrastructures will continue to have access to sufficient electrical energy. Alongside, the Russian energy giant Gazprom has created a fresh thermal power station with four producing units called Hrazdan-5. In November 2021, second TPP was built by the Italian business Renco and Germany’s Siemens.

Armenia today has three state-of-the-art thermal power plants, including the state-owned Yerevan TPP. According to the research, the electricity they create is more costly than that generated by hydropower projects and the Armenian nuclear power plant west of the capital city.

Nevertheless, the tiny Caucasus country sells almost 75% of its energy to neighboring Iran, which provides Armenia with inexpensive natural gas for power production. This collaboration will be increased with the completion in 2023 of a fresh transmission network between Armenia and the Islamic Republic.

In 2019, Iran legalized cryptocurrency mining as a lawful economic activity. Energy requirements for the industry have also grown, and both licensed and illicit miners were accused in 2021 for the country’s rising power shortfall.

In May, then-President Hassan Rouhani declared a temporary suspension on cryptocurrency mining in response to increased demand and limited electrical supply caused by unusually hot weather and droughts.

Tehran suspended the limitations in September when demand for electricity declined due to the colder weather, but reinstated them in December to prevent winter outages.

NYSE Listed Bitcoin ETF has Lost 34% of its Value 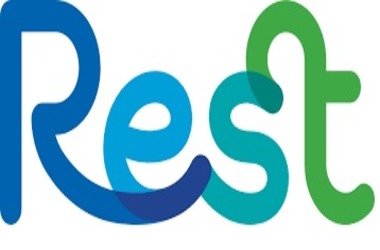