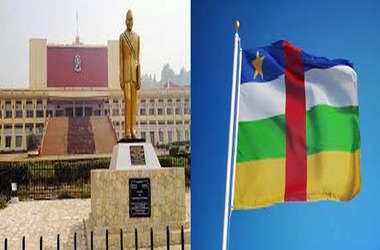 The Central African Republic (CAR) intends to use Bitcoin as a reserve asset as a portion of its attempts to adopt cryptos and blockchain technology as instruments to improve its ailing economy. According to statistics from a trading perspective, Bitcoin is changing hands at over $21,000 while preparing this report.

The Central African Republic’s move to include the leading cryptocurrency in its national reserves follows a program aimed at legalizing Bitcoin in the nation. In April, the country became the foremost country in Africa to recognize Bitcoin as legal cash.

Two politicians, Minister of digital economy Gourna Zacko and Minister of Finance Calixte Nganongo, drafted the plan, which was approved by the national parliament. Authorities voiced support for the program, and the Senate passed the measure unanimously. CAR pursued its Bitcoin legalization law with the Sango initiative, a blockchain-powered platform to facilitate crypto acceptance in the country. Apparently, Sango is a Bitcoin sidechain constructed identically to the Liquid Network.

Sango is scheduled to begin on July 25 and is anticipated to operate as a layer 2 digital monetary platform. While the acceptance of BTC in the Central African Republic’s senate earned approval, the decision has been criticized by foreign entities who feel the action might endanger the country’s economic security. Similar to El Salvador, the International Monetary Fund expressed fears and recommended the Central African Republic to seek an alternative course of action. The Bank of Central African States, a financial behemoth that has presence in six countries, such as the CAR, was likewise resistant to the widespread use of Bitcoin.