Earlier today, the king of cryptocurrency, Bitcoin (BTC), has jumped to $10,300 levels after trading within a symmetrical triangle pattern for the past one month.

The breakout above the psychological level of $10,000 happened as the US President Donald Trump beefed up local police force and the National Guard to scatter protestors on the ground of White house.

When the cryptocurrency briefly reversed to $10,100, buyers entered once again and gave support.

At the time of writing this article, Bitcoin is trading around the long-term declining trendline ($10,085), which was formed when Bitcoin touch an all-time high of $19,800 in 2018.

Altcoins also started rallying as Bitcoin broke above $10,000. Many of the altcoins gained between 3% and 5%. 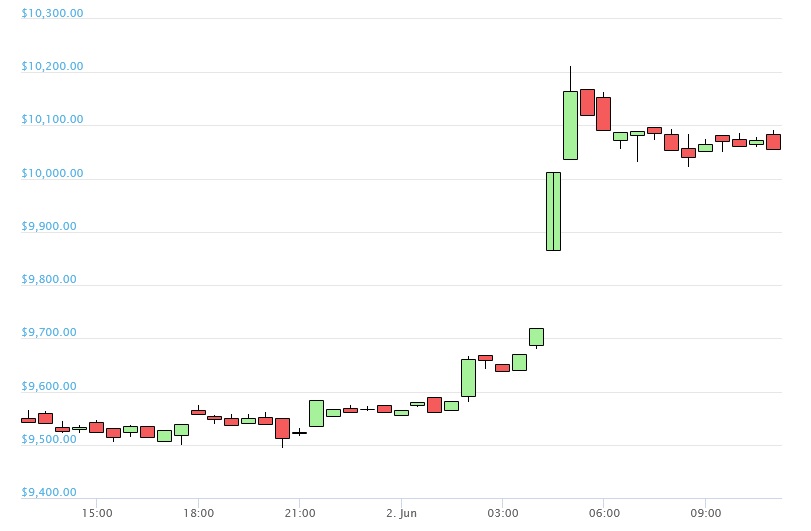 At the time of publishing this article, cryptocurrency market capitalization is $284.32 billion, with Bitcoin having a dominance ratio of 65.2%.