Bitcoin (BTC) broke above the $13,000 level for the first time in three months yesterday. Notably, it was the third-time the crypto breached the $13,000 level since the 2017 rally that took the numero uno crypto to record high level of $20,000. The rally has begun after consolidation above $10,000 for over three months.

The surge was sparked by reports that the international payment behemoth PayPal will introduce support for Bitcoin, along with Litecoin (LTC), Bitcoin Cash (BCH) and Ethereum (ETH). Mati Greenspan, founder of Quantum Economics, stated that the uptrend was purely led by news of PayPal’s intention to support cryptocurrency.

“There’s no doubt in my mind that this bit of news is almost solely responsible for today’s extended gains.”

Even though ETH has appreciated in tandem with Bitcoin, still, it was unable to sustain its strength in comparison to Bitcoin after hitting around $430 against the backdrop of DeFi (decentralized finance) boom in August.

Ether is presently attempting to break above the resistance level of $400. 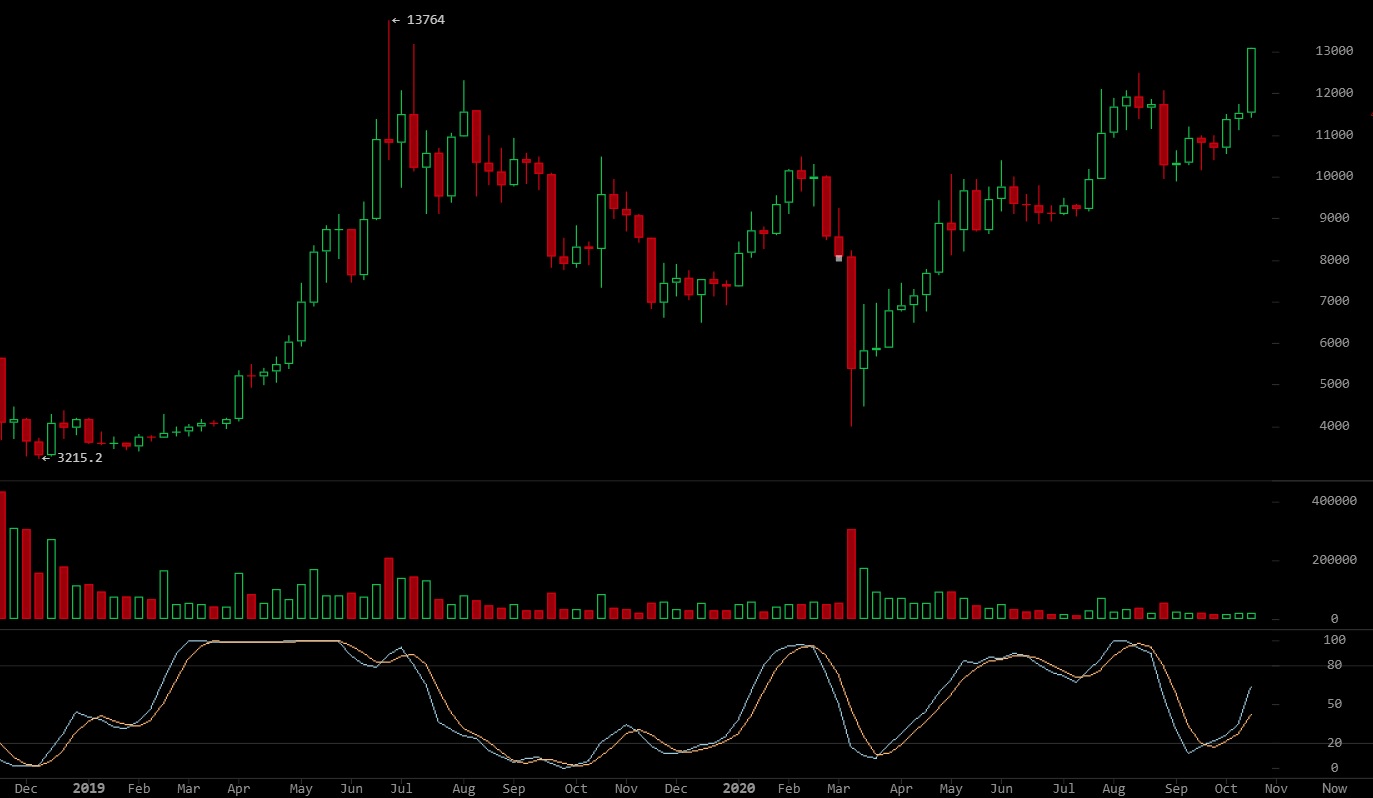 Regarding PayPal’s decision to back the aforesaid digital assets, Alex Mashinsky, CEO of crypto lending platform Celsius, opined as follows:

“This is definitely a bullish sign for Bitcoin and other cryptocurrencies. Crypto is all about trust, and PayPal has a very high level of trust with its users […] If the UI/UX of the service is done right, we will see millions of new users join each month.”