Data provided by Coin360, Cointelegraph Markets and Trading View indicates heightened volatility in the crypto market due to issues faced by Ripple. As XRP saw sell off, the market turned volatile. At the time of writing this article, Bitcoin (BTC) was trading at $23,031, down 1.8% from prior close.

As volatility continues to remain high, traders’ attention shifted towards other altcoins other than Ripple. That enabled Bitcoin (BTC) dominance to rise to 68%, reflecting yearly high.

Michaël van de Poppe, an analyst at Cointelegraph Markets, tweeted the following on Bitcoin dominance: “Historically, we’ve been making a top structure in December, after which we had a wonderful first quarter for altcoins.”

In the meantime, the largest XRP holders, Ripple, are staring at a fresh case from the US regulators who allege the company of selling unlicensed securities. If the SEC (Securities and Exchange Commission) turns victorious, analysts are concerned that XRP trading will get wiped off due to legal repercussions. 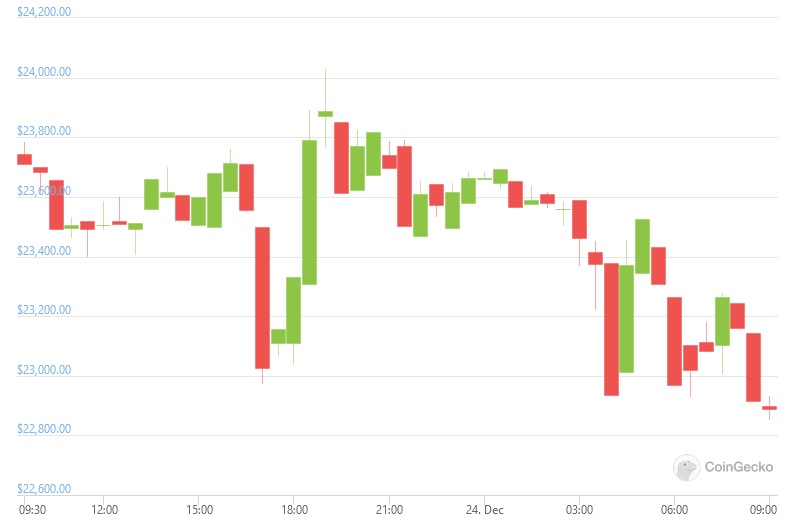 As Van de Poppe suggested, Bitcoin’s development has come at the cost of altcoins in a broad manner, with several top 10 tokens recording daily losses. Ethereum (ETH), the number one altcoin in terms of market cap, has lost over 7% to trade at $578.17.

The #Bitcoin dominance chart rallies to 69% amid the selloff of #XRP.

Will history repeat itself with a top in December? This small video from @CryptoMichNL explains this theory.

Interestingly, another round of Bitcoin purchase worth $285 million failed to lift market sentiment on Tuesday.