Similarly to the price of bitcoin, bitcoin’s hashrate has been very volatile in recent months, following the same trends as the crypto asset’s price. Bitcoin’s hashrate was approaching the 180 exahash per second (EH/s) mark three days ago, only to collapse to 128 EH/s two days later. The most recent changes have occurred in advance of the impending network difficulty adjustment, which is scheduled to take effect on Sunday.

After nine consecutive rises, and for the first time since mid-July, the difficulty will decrease rather than grow. Increasing demand for bitcoin (BTC) in fiat currency led to a decrease in the network’s processing capacity around the end of November. Bitcoin.com News published an article seven days ago describing how Bitcoin’s hashrate has been progressively increasing over the previous three months.

BTC’s hashrate is now hovering at 168 EH/s, down from a peak of 178 EH/s on November 24, when it reached a new all-time high. After hitting that peak on Wednesday, the hashrate decreased to a low of 128 EH/s on Friday, representing a 28 percent decrease in only 48 hours. Because of the slowdown, network difficulty has remained lower than normal, and it is projected to decline for the first time on Sunday since July 17, 2021.

Following the difficulty shift in mid-July, BTC’s difficulty raised nine times in a row after that. Mining Bitcoin has become 52.48 percent more difficult than it was 133 days ago, on July 17th. The next adjustment, which is scheduled to take place during the early morning hours (EST) on Sunday, is likely to result in a decrease of -0.38 percent in the index.

Despite the fact that it is little, it will prevent the mining difficulty from hitting an all-time high (ATH). In addition, there have been significant shifts in the allocation of hashrate across the various mining pools. Today, Antpool, operated by Bitmain, is the biggest bitcoin miner, accounting for 16.79 percent of the network’s hashrate or 26.15 EH/s. Foundry USA is the second-largest bitcoin mining pool, accounting for 16.55 percent of the network’s hashpower, or 25.77 EH/s, according to the Bitcoin Mining Pool Rankings. 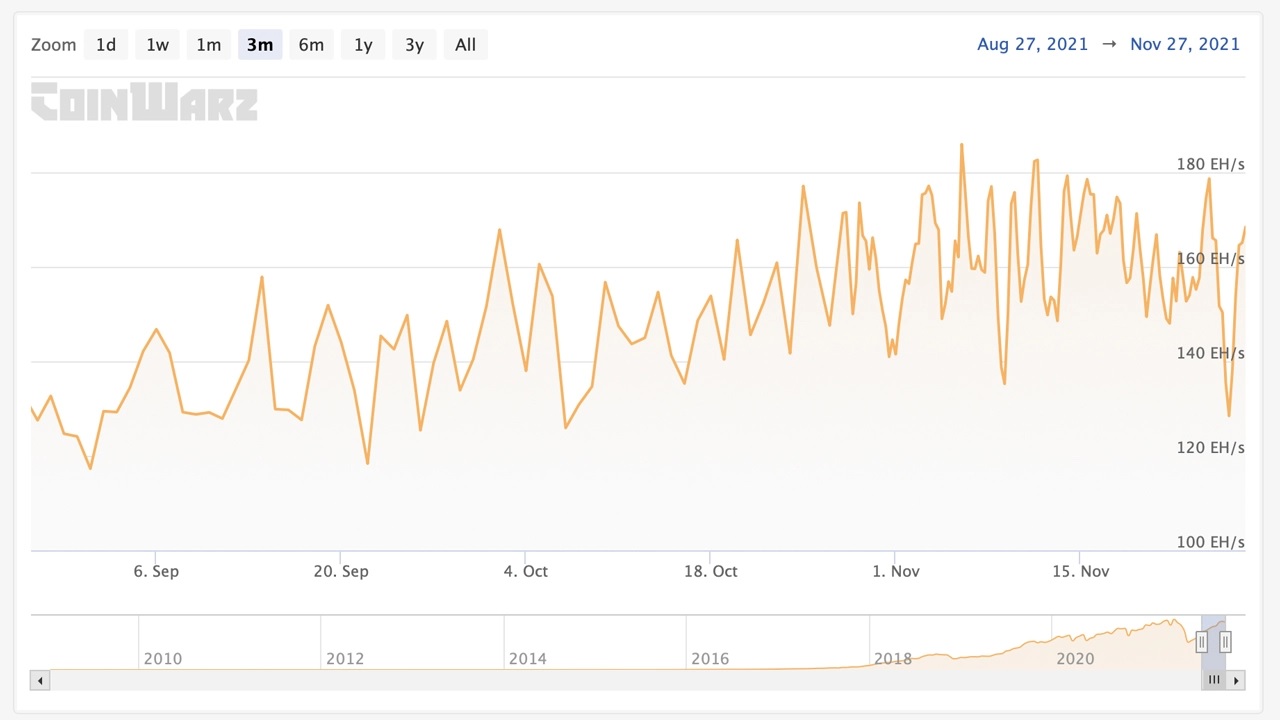 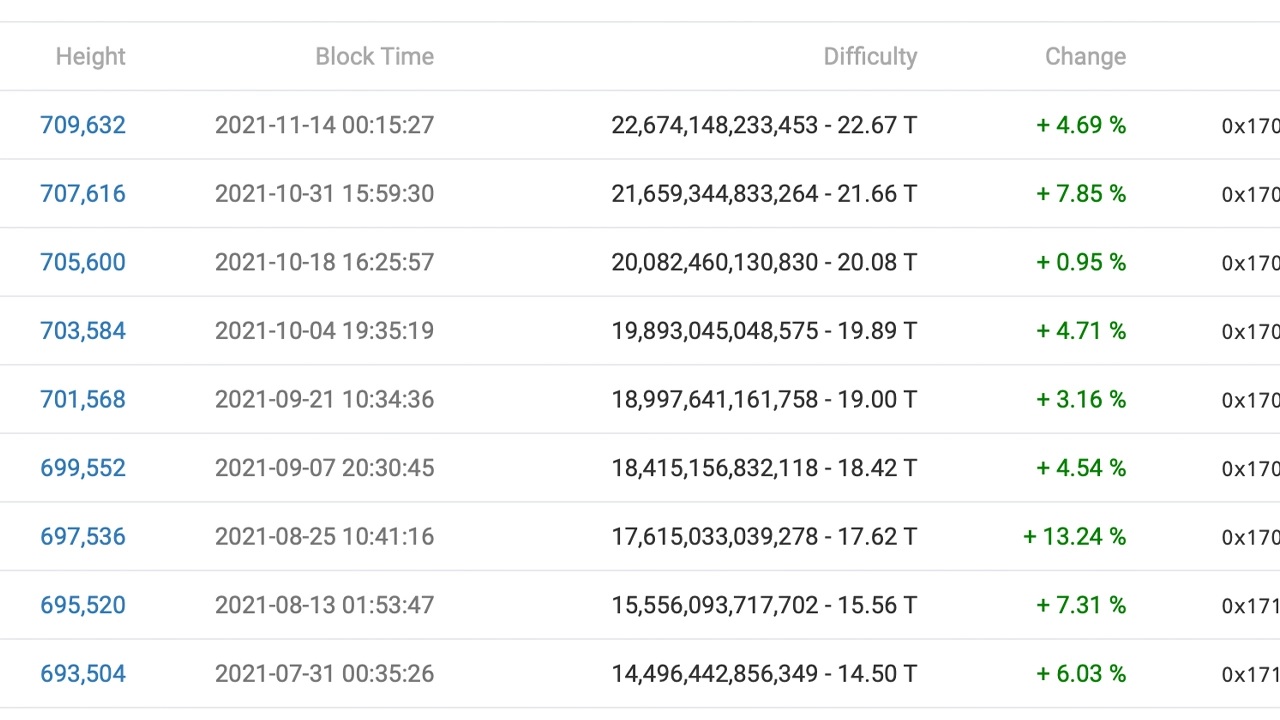 The network difficulty is now 22.67 trillion, and the drop should get it down to 22.59 trillion by Sunday, November 28, 2021, according to the current estimates. When compared to most difficulty adjustments, the 0.38 percent change is little, but it will keep the difficulty down for another two weeks, which is beneficial to miners at a time when the price of bitcoin is far lower than it was two weeks ago. Bitcoin’s difficulty climbed by 4.69 percent two weeks ago, four days after the cryptocurrency’s all-time high price of $69,900 per unit was hit.