The crypto market has given a stunning Christmas gift to its devoted advocates. Bitcoin (BTC) hit a new all-time high of $24,644.30 today, reflecting a gain of about 6% in the last 24 hours.

Data provided by Coingecko, TradingView and Coin360 showed that BTC/USD continues to test $24,000 level on the eve of Christmas.

Notably, many traders were anticipating a short-term price correction of Bitcoin, but the king of crypto refused to budge. The numero uno crypto by market cap has been repeatedly bouncing off $23,000 level for the past few days.

In fact, it fell below $23,000 following the negative news on XRP (Ripple’s native crypto) that sparked a total market selloff.

According to some people, such a step was anticipated as it is not the first time Bitcoin starts dominating over altcoins in the final leg of the year before reversal begins in January. Cointelegraph Markets analyst Michaël van de Poppe echoed similar opinion.

#Bitcoin dominance has been topping out in December in the past years.

Every year it did.

The likelihood of this to repeat itself is significant, especially combining this with the current sentiment on altcoins.

With the start of holiday season, huge investments in Bitcoins are not likely as it will have a negative impact on liquidity and boost price rapidly. Nevertheless, MicroStrategy, which holds over 70,000 Bitcoins, disclosed that it bought small quantities frequently instead of pushing the price sharply with a big ticket purchase. 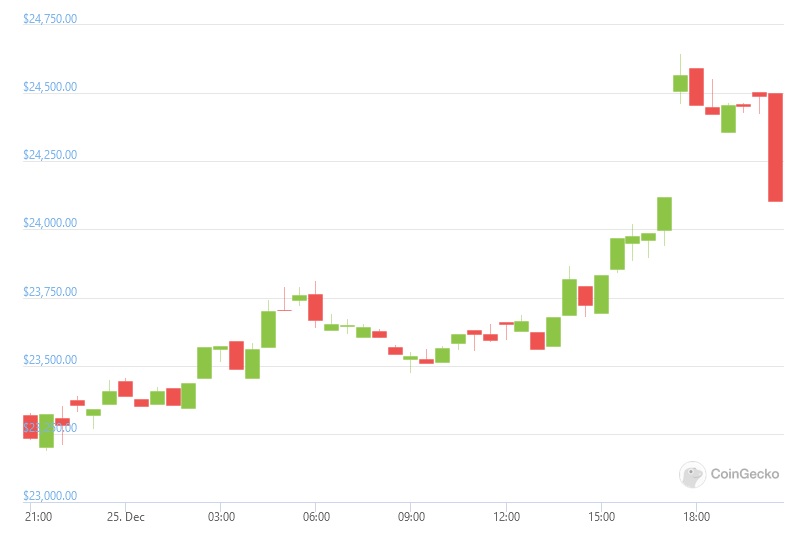