Earlier this September, the market cap of Bitcoin (BTC) was fluctuating at about $190 billion when the Bitcoin was trading near $10,000. In the last two months, nevertheless, the price of Bitcoin increased to $15,000.

With this, the market cap of Bitcoin soared from $190 billion to about $285.44 billion. That makes Bitcoin worthier than several top US enterprises.

If Bitcoin is also categorized as a firm and compared with other publicly traded entities in the US, then the numero uno crypto will be the 18th largest firm. Notably, Home Depot, the 17th largest enterprise in the US has a market cap of $306 billion.

Verizon, which has a market cap of $242 billion, will be behind Bitcoin. As the market cap of Bitcoin is $285.44 billion, it can be regarded as bigger than all other firms which are not in the top 17 US listed firms.

Specifically, Bitcoin has eclipsed even renowned firms such as Netflix, Salesforce, Coca-Cola, PayPal, BofA and Disney.

Even now, by valuation, Bitcoin is far behind the top three US based financial institutions namely Visa, Mastercard and JPMorgan. For Bitcoin to surpass the top three, it needs to a hit a price of $23,000 or a market cap of $426 billion. Nevertheless, the value of Bitcoin must hit about $120,000 to match Apple, the most valuable enterprise which commands a market cap of $2 trillion.

In the meantime, analysts forecast the price of Bitcoin to gain ground this year. By next year, analysts expect Bitocin to enter unchartered territory. 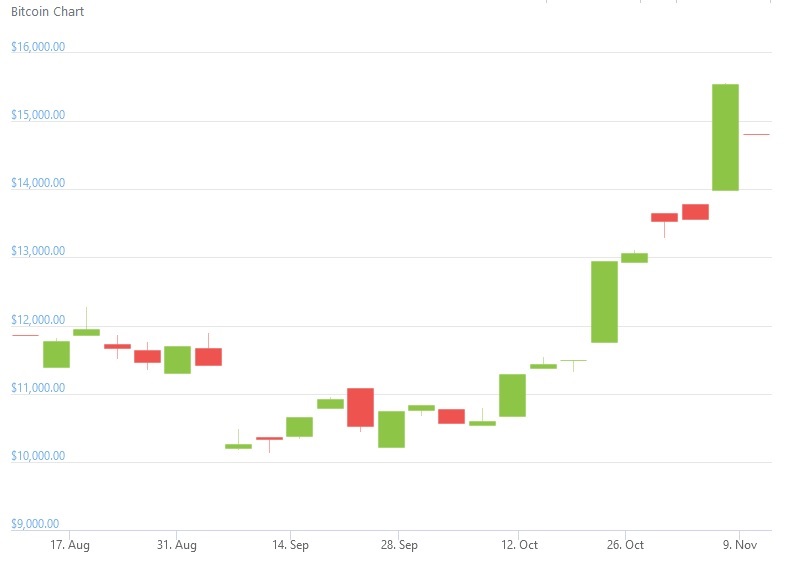 If history repeats itself, there is a high likelihood of new spike in price in mid-2021. Crypto investors and analysts have opined that the notion of Bitcoin as a long-term store of value would propel its valuation. 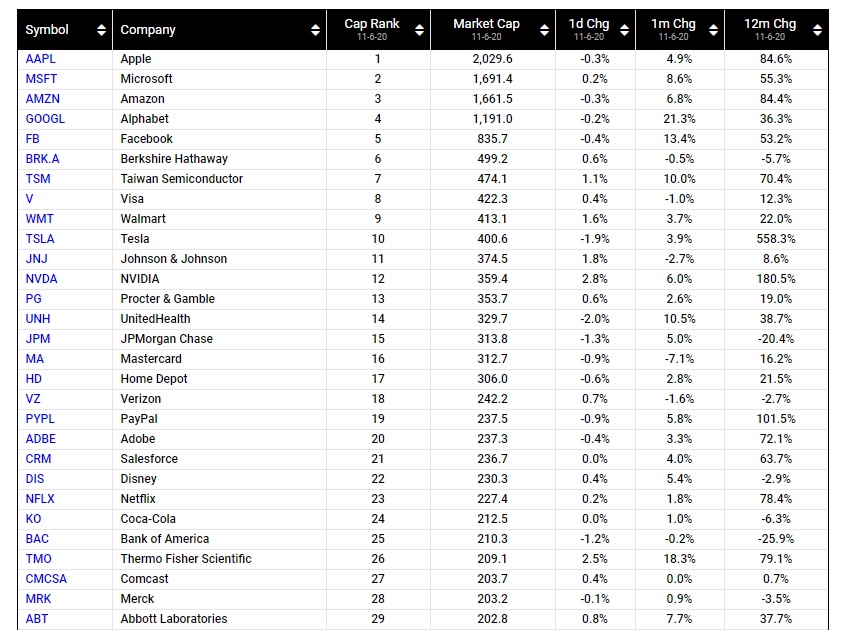 An alumni of Google and Morgan Stanley, Tyler Reynolds, opined that Bitcoin’s limited supply has turned it into a must have hedge against federal spending. He opined:

As it’s currently shaping up, the next bull run will be led by BTC with the very narrative that OGs have been saying since 2011:

Other prominent investors, including billionaire & Wall Street hedge fund manager Paul Tudor Jones, had opined that investing in Bitcoin is a perfect way to hedge inflation. Bitcoin is specifically appealing to funds because it could serve the dual purpose of hedge within a multifarious portfolio and also offer an opportunity to gain from huge price rallies.

Bitcoin’s low market capitalization, in comparison to payment processor such as Visa, and safe haven assets such as gold suggest there is a considerable space for exponential growth in the coming decade.