Bitcoin (BTC) is having a gala time in November and several analysts trust the prospects remain upbeat for the numero uno crypto. Currently trading near $16,300, reflecting a gain of 3.7% in 24 hours, Bitcoin has gained almost 23% since the beginning of this month.

Most of the jump in price has happened after the end of the US Presidential election. Currently, Bitcoin volumes in spot market have surpassed all historical records, mirroring the rising demand for Bitcoin.

Market sentiment has also turned extremely bullish and this clearly reflects in the Crypto Fear & Greed Index, which has a reading of 86, indicating extreme greed in the market. Numerous seasoned investors use the signal from the index reading and take position in the market.

In this case “extreme greed” reflects FOMO (acronym for fear of missing out) or upbeat market sentiment and considered as a signal to book profits. Along with a surge in spot volume to yearly highs, institutional interest has been increasing throughout November, with numerous high-profile enterprises and high-net worth people investing in Bitcoin.

In CME, open interest for Bitcoin futures rose to almost all-time highs in the past week to $934 million. The figure has been rising since the beginning of October and rose by 169% last month.

As per Arcane Research, the increase in the number of partakers may be the prime cause for the sharp rise in open interest. Reports from the Commodity Futures Trading Commission indicates that there are currently 102 huge speculators holding a minimum position of 25 BTC, reflecting a 126% rise from last year’s average open position level of large traders.

Rising interest in both spot market trading and regulated Bitcoin product offerings is having huge impact on sentiment towards Bitcoin and the price trend. The overall scenario also reflects the shift in perception of institutions and conventional retail investors on digital asset. 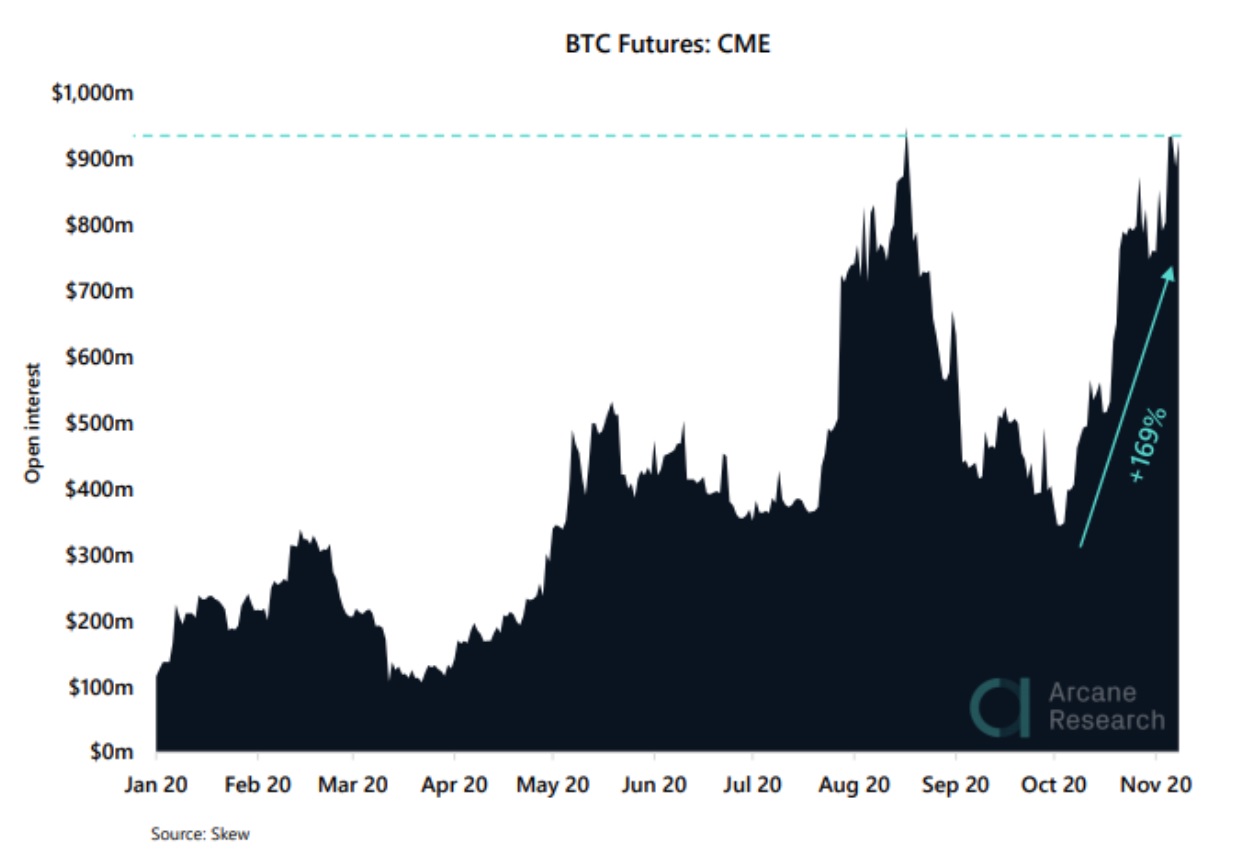 As volumes at major exchanges and regulated derivatives markets continue to rise it is likely that a Bitcoin exchange-traded fund will ultimately be endorsed, and this would pave way for institutional investors to deal with Bitcoin and other cryptocurrencies.