While Bitcoin’s price has plummeted this year, its mining difficulty has just reached an all-time high. This implies that although the cryptocurrency’s price is down, it is not a disincentive to miners – even while the profitability of Bitcoin mining is rapidly declining.

According to data compiled by Blockchain.com, the Bitcoin network’s difficulty is presently 26.643 trillion and is anticipated to increase further when the next update comes in another ten days, setting another all-time high. Simultaneously, with the price of Bitcoin in the doldrums and the FUD around crypto mining, earnings from Bitcoin mining has decreased.

“Cryptocurrencies fell further in Asian markets on Monday as investors sought safe haven assets such as the dollar and gold ahead of this week’s Federal Reserve meeting,” CryptoWire said in its January 24 review. The Crypto Dread and Greed Index (FGI) is presently perched on the precipice of ‘severe fear.’ The difficulty of Bitcoin mining is essentially a proxy for the amount of processing power necessary to confirm transactions and find new blocks. This fell precipitously in 2021, when China began cracking down on Bitcoin mining in the nation.

By 2022, with the majority of miners having relocated to nations such as the United States, Russia, and other more crypto-friendly countries, mining seems to have not only made a return — but it’s more difficult to discover new blocks than ever before. The more processing power needed for Bitcoin mining, the more costly the whole process becomes. This implies that even if a miner cracks the code, his profit margins will drop as a consequence of the increased energy required to get the same outcome. Additionally, with Bitcoin’s values in freefall, the value of that block is diminished.

According to bitcoin.com’s research, even the top rigs on the market now earn less than $10 per day. The output of older devices is significantly smaller. Kevin O’Leary, or Mr. Wonderful, a Shark Tank investor and chairman of O’Shares and Beanstox, has announced his ambitions to invest in mining company stocks, with a particular emphasis on firms that utilize renewable energy. O’Leary offered a few fascinating anecdotes during a recent interview about his recent trips to the Middle East, where he searched for methods to invest in Bitcoin mining and even floated the notion of opening his own mining business later this year.

In an interview with Anthony Pompliano, the Canadian billionaire discussed his objectives, adding that Bitcoin mining would witness massive financial inflows over the next two to three years. According to O’Leary, he has spoken with investors from a variety of countries, most notably the Middle East, and the lesson gleaned from these visits is that a large number of investors are considering investing in Bitcoin mining through their sovereign funds. While O’Leary thinks that the majority of nations will ultimately begin mining Bitcoin, he believes that investors will want to consider how mining activity contributes to environmental sustainability. He argues that this is because funds will want to avoid current controversies surrounding Bitcoin mining and its negative environmental effect.

He also indicated that a significant amount of institutional finance would pour into crypto mining over the next couple of years, following the likes of Marathon Digital Holdings and Riot Blockchain. Since mid-July, when the Cambridge Bitcoin Electricity Consumption Index (CBECI) project updated its mining map, the United States has maintained its global dominance in terms of hashpower. Additionally, data indicates that Foundry USA has maintained the top pool position for the previous 30 days, mining 755 bitcoin block rewards. 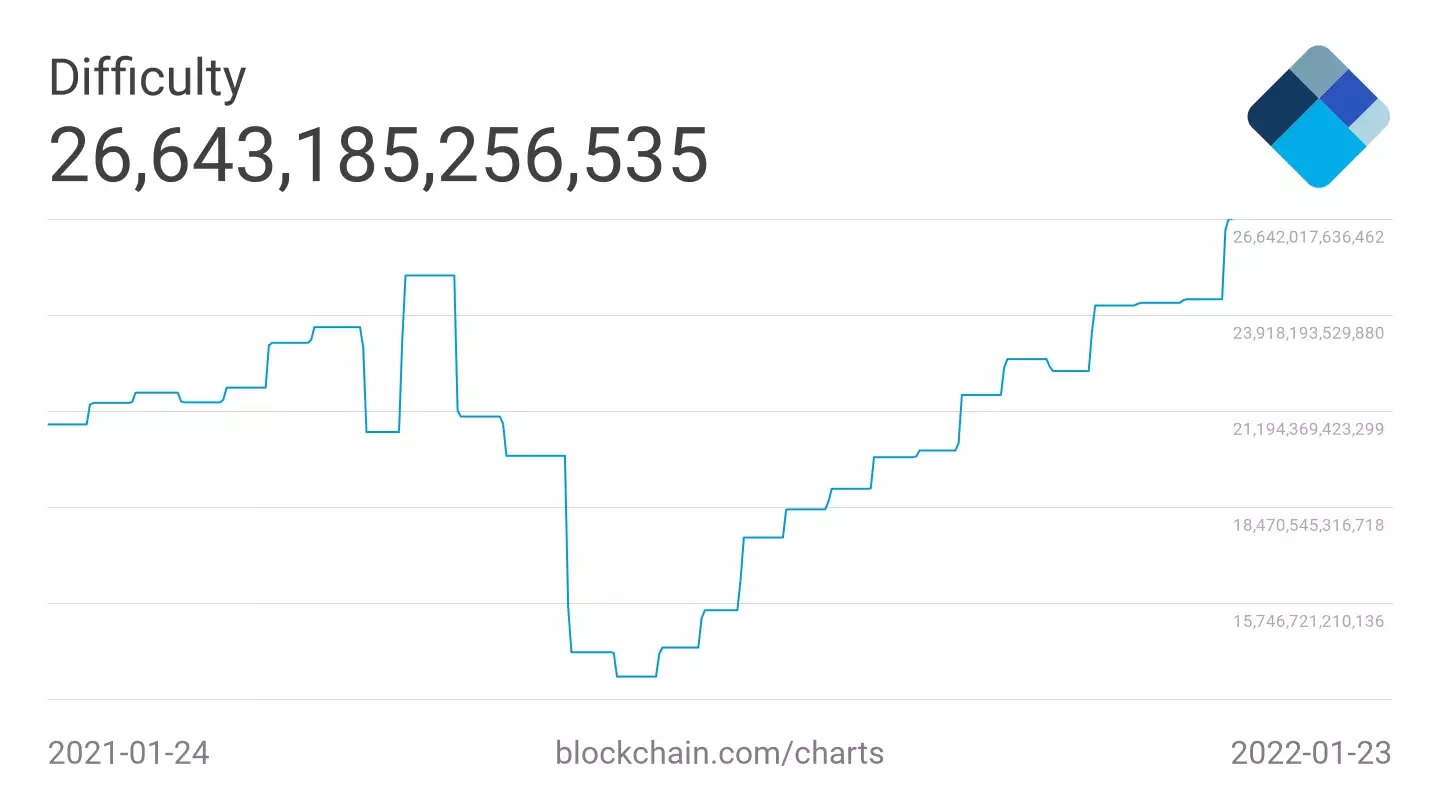 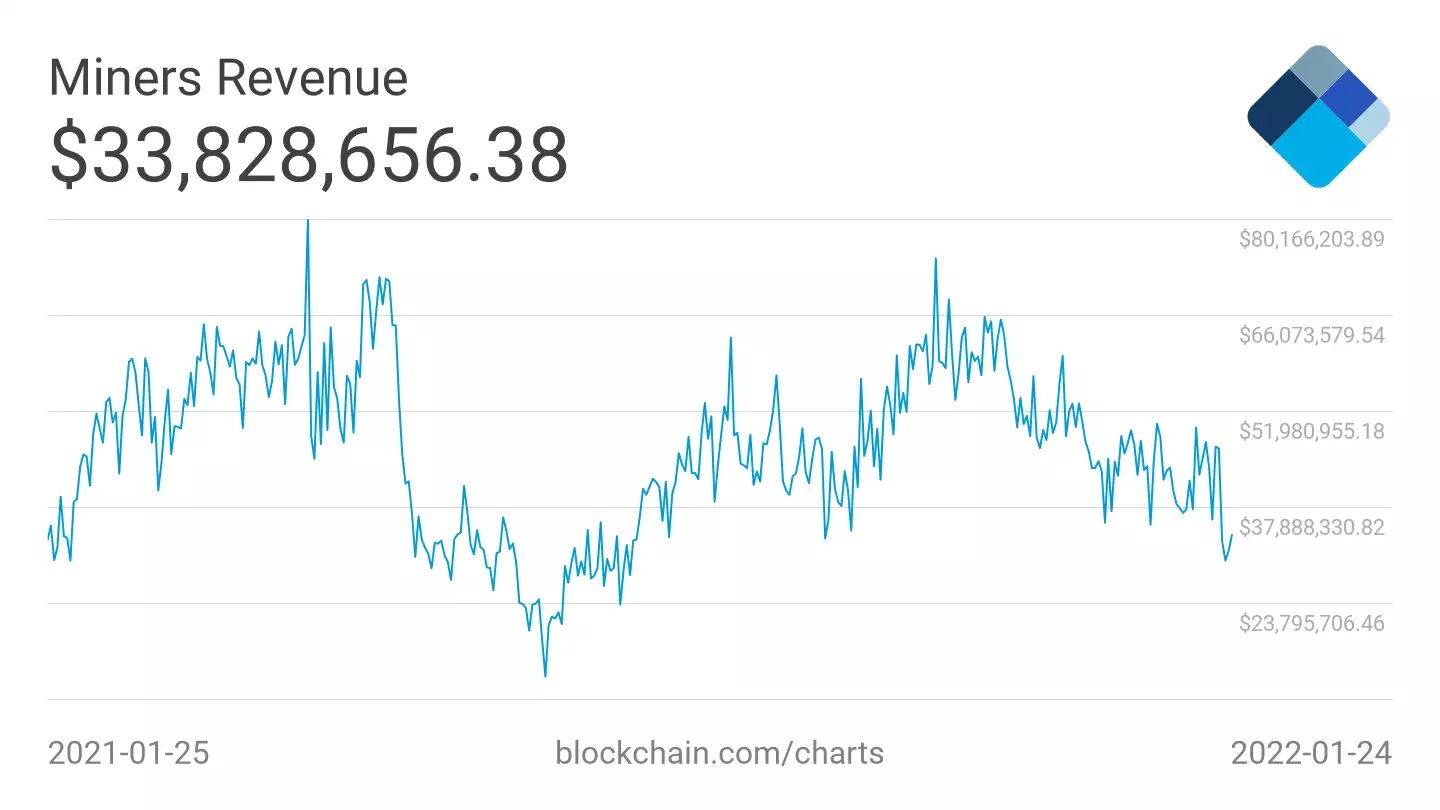 Binance USA, Btc.com, SBI Crypto US, Viabtc US, Poolin US, Slushpool US, Antpool US, F2pool USA, and Foundry USA are among the pool operators based in the United States. According to 30-day hashrate distribution data, the aforementioned pools control the top eight biggest mining pools globally. According to metrics, Foundry USA discovered 755 blocks and took over as the top pool last month with 16.87 percent of the hashrate. 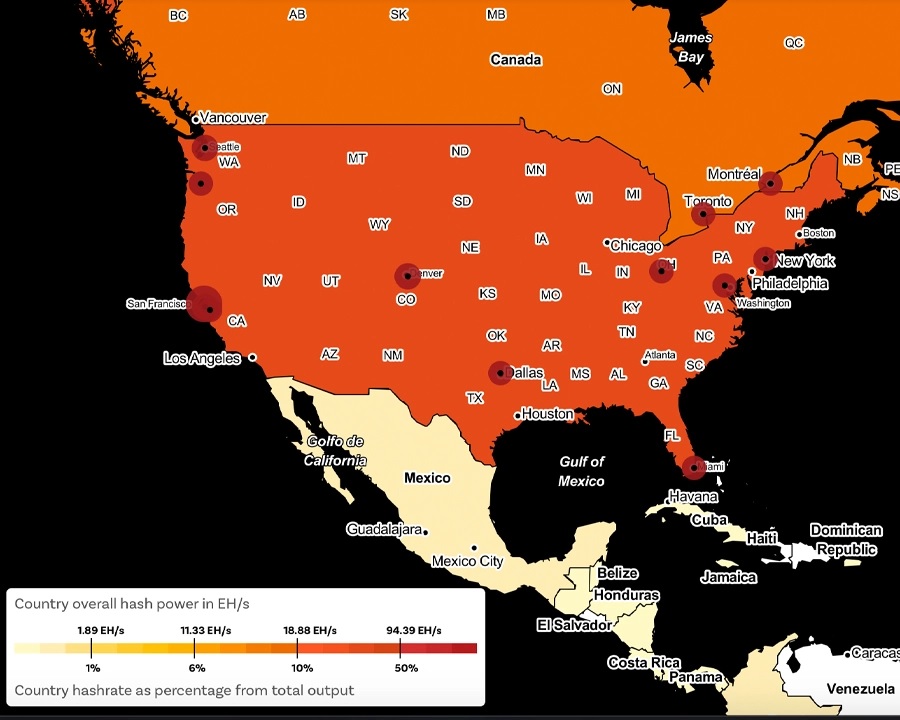 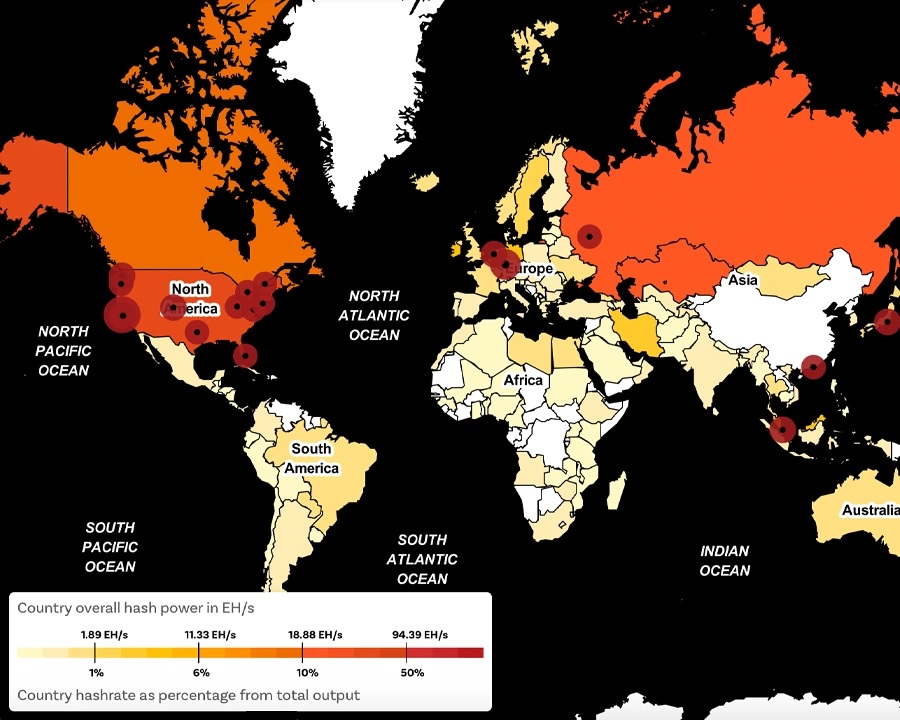 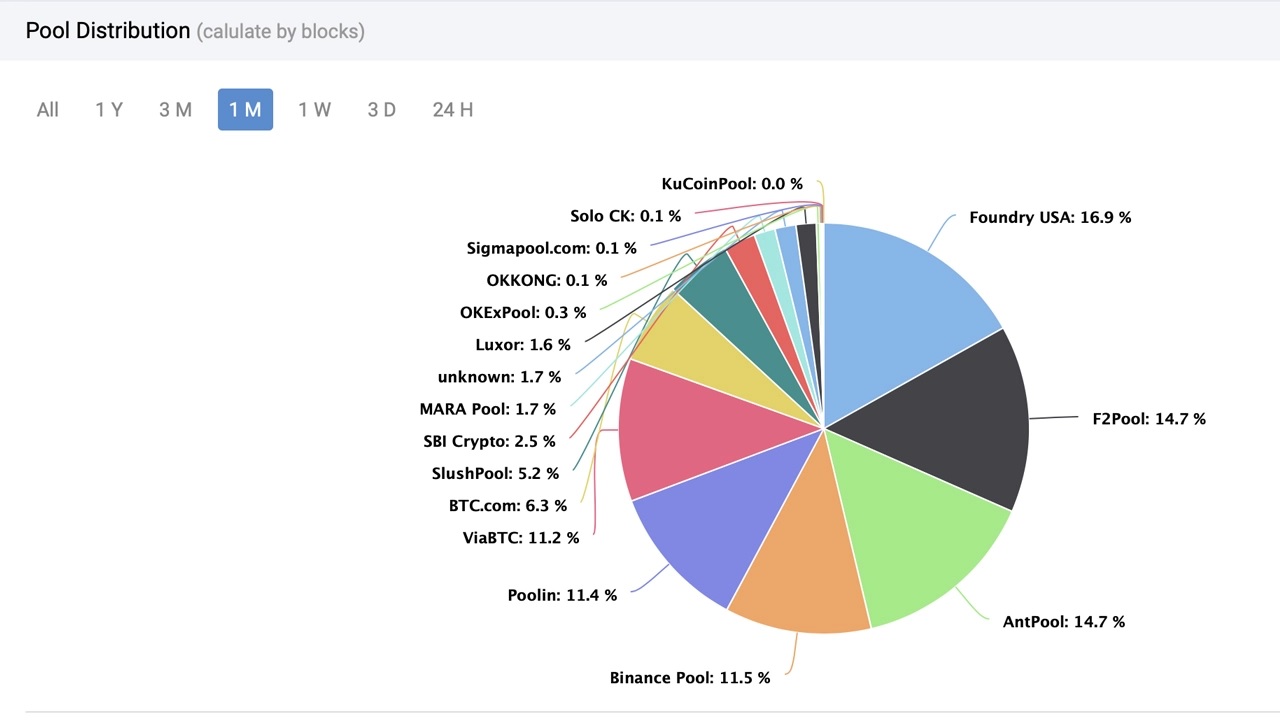