Network complexity is a mechanism devised by Satoshi Nakamoto, the creator of Bitcoin, to verify the legitimacy of all transactions via the use of raw computing power. This approach is known as “proof of work.” As a result of the difficulty being lowered, Bitcoin miners are now able to finish transactions using less resource, which opens the door for smaller miners to compete for mining rewards.

In spite of the little setback, expanding one’s view of the data provided by blockchain.com reveals that Bitcoin remains operational as the blockchain network with the highest level of durability and immutability. The global hash rate (TH/s) has recovered 3.2 percent within similar periods, as can be seen in the table below. This occurred despite the fact that the difficulty adjustment is directly tied to the hashing power of miners. 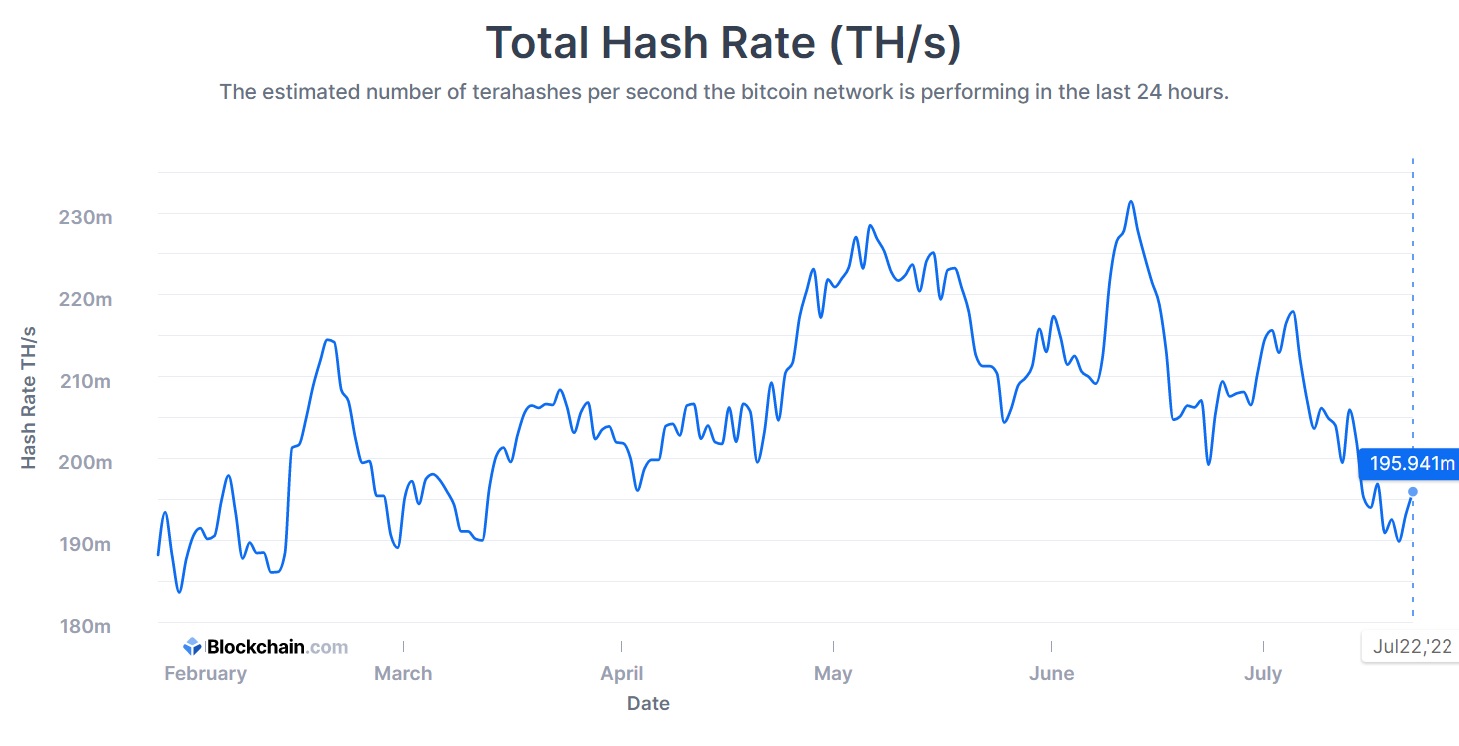 Since June 2021, when China put an end to all cryptocurrency speculating and mining operations, the United States has taken over as the country with the highest contribution to the global Bitcoin hash rate, surpassing China in this regard. The Chinese miners, on the other hand, resumed their activities in September of 2021. According to the numbers provided by Statista, the United States accounts for 37.84 percent of the total global hash rate. China comes in second with 21.11 percent, while Kazakhstan comes in third with 13.4 percent.

Earlier, Cointelegraph reported that the huge drop in GPU cost has opened a tight window of opportunity for small-scale miners to buy more powerful and effective mining gear. This window of opportunity is closing quickly. In spite of this fact, miners look at the falling prices of GPUs as a method to offset the costs of their operations in the context of a protracted bear market.

In a research that was released by the Bitcoin Mining Council, it was determined that about 60 percent of the power that is consumed for BTC mining is generated from renewable sources. This discovery helps to ease concerns regarding the excessive energy usage that is associated with mining.

In addition, the study found that mining Bitcoin accounted for just 0.09 percent of the estimated 34.8 billion metric tons of greenhouse gas emissions created globally and 0.15 percent of the total amount of energy available.