For the last two years, Kevin Rooke, technology focused academic, has been monitoring Bitcoin (BTC) holdings of listed enterprises. As per Rooke, listed companies now possess more than $3.60 billion worth Bitcoin. Two years back, listed companies owned just 20,000 Bitcoins as per records. The quantity has risen to 105,837 Bitcoin in a year. Rooke stated:

With 70,784 Bitcoins held in treasury, MicroStrategy takes the credit of being the largest holder of Bitcoin. GalaxyDigital Holdings takes the second place with ownership of more than 16,400 Bitcoins.

Square Inc., in the meantime, is the biggest enterprise by market capitalization among listed companies holding Bitcoins at about 4,700 Bitcoins. Over the past year, listed enterprises have bought about 85,000 Bitcoins, worth about $2.67 billion.

The trend signals the fast rising demand for Bitcoin from institutional investors as depicted by the sharp rise in trading volume on CME and Grayscale. Notably, products offered by Grayscale and CME Bitcoin futures market are mainly focused on institutions and they have recorded a sharp rise in volume since mid-2020. 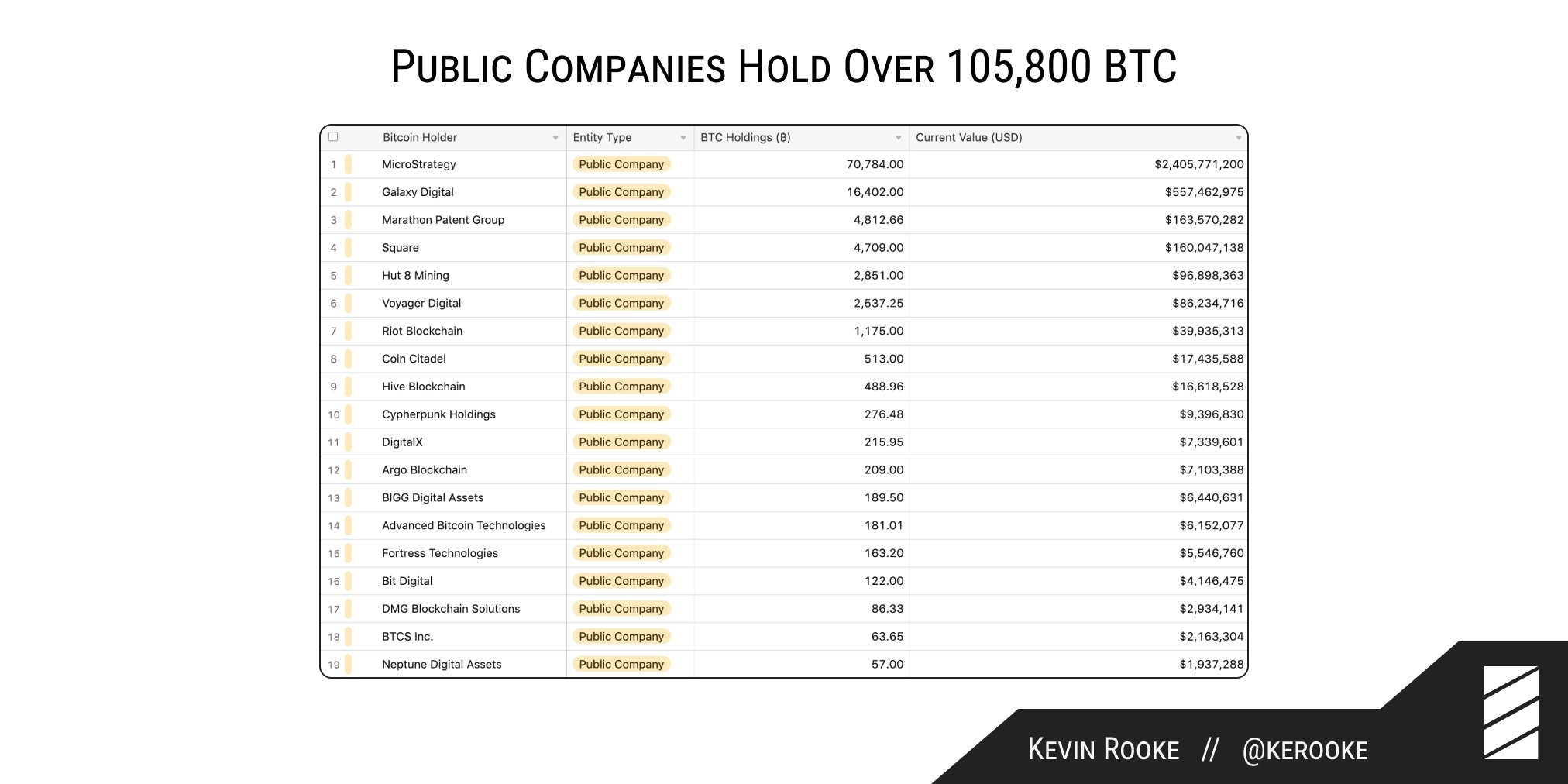 Institutions are increasing their exposure to Bitcoin on anticipations that Bitcoin would ultimately transform into proven substitute to gold.

Against the backdrop of increasing inflation and boosting of liquidity by central banks, corporations and investors are looking at methods to offset their portfolios an holdings. Winklevoss stated:

Inflation robs you of your life's work. The Argentine peso has lost 50% of its value against USD in the past 3 years. And that's saying a lot given the current state of the U.S. dollar. No wonder search interest in #Bitcoin is going through the roof. https://t.co/X6KAKKaU6r

In case the Biden administration proactively rolls out additional stimulus measures and initiatives to relieve financial difficulties, it would probably establish a more propitious scenario for gold and Bitcoin to trend higher. In the predictable future, in spite of the tough macro scenario, analysts are obviously prudent.

Nevertheless, in the long-term, macro analysts believe that they signal bullish scenario for Bitcoin. Alex Krüger, Bitcoin trader and an economist, said:

$BTC is stuck in a range within a range: 29K-35K. It can break either way. The key reason I lean bullish is interest rates. Exuberance has rinsed off the system dramatically, as relected in falling rates. This is a bull market, and traders are now bearish. That's bullish.

There are also anticipations that several institutions would amass Bitcoin in the weeks ahead, as market sentiment turns bullish. The trader said:

“Funding is either flat or negative. Perpetuals are trading below spot. The perp-spot basis has not been negative for this long since pre Nov elections, And the annualized quarterly basis has dropped from 25%-28% a week ago to 7-10% now. All sings of a healthy cool-down.”