Bitcoin (BTC), from the day of launch in 2009, had gone through four market cycles every time it rises from a low to attain a new historical high. Each of those cycles took 600 to 1,050 days for completion.

The latest cycle has crossed 300 days, implying that it could continue for another 3-12 months.

If Bitcoin’s price stays stable for many months to up to a year, two things can happen. Initially, it could form the base for the next price rally as witnessed between 2016 and 2017.

Secondly, it could pull other cryptos, also referred to as altcoins, to new peaks, as some analysts argue.

On March 13, the price of Bitcoin was at $3,596 on BitMEX. In a matter of six months, BTC has gained 220%, eclipsing almost all conventional assets and indices, in addition to safe haven assets such as gold.

The sharp surge in the price of Bitcoin could encourage whales or individual investors who hold large quantities of Bitcoin to book profit. In such circumstances, futures market, which usually has piled up open positions on account of high leverage, might undergo a deep retracement.

If Bitcoin slowly rebounds over time and stays above the $10,000 mark, it could pave way for a long-term bull cycle. Dan Tepiero, co-founder of 10% Holdings, said:

“Prepare to be patient in Bitcoin. Each up cycle takes longer to play out and is less extreme as absolute dollar value gets much larger. May or may not be another 6-12 months before price breaks up. Should not matter as end price point obscenely higher. Hodlers rejoice.” 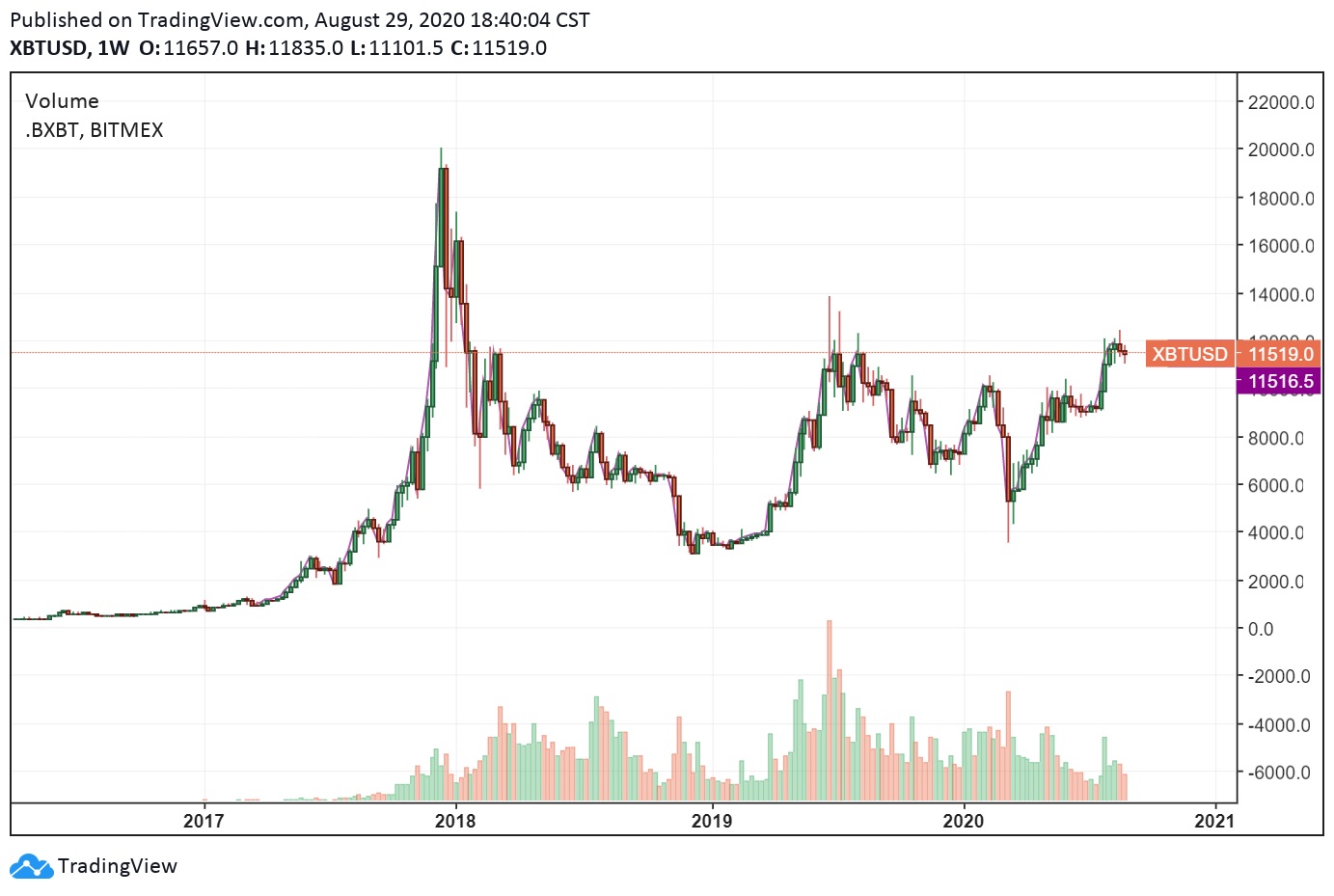 If Bitcoin demonstrates a trend comparable with the post 2016 having event, then a sharp jump in price can be witness in the final leg of 2021. The argument aligns with the popular stock-to-flow model that forecasts six figure price for BTC sometime in 2021.

Prepare to be patient in #Bitcoin.

Each up cycle takes longer to play out and is less extreme as absolute dollar value gets much larger.

May or may not be another 6-12 months before price breaks up.

Should not matter as end price point obscenely higher.

$BTC – holding the daily bull cross is ideal for the bulls, sideways price action can bring these into parallel without crossing, while allowing higher time frame indicters to ebb their decline… ie- I expect relative sideways ranging for a while longer… #bitcoin pic.twitter.com/BwklqNcsS4

Michael van de Poppe, a professional trader at the Amsterdam Stock Exchange, also opined that the cycle will probably last longer than the earlier one. He said:

Normally, an extended period of consolidation for Bitcoin has paved way for the altcoin market to record impressive gains. Kelvin Koh, an associate at Asia-based crypto fund Spartan Black, hinted it could propel the sentiment across the altcoin market.