Bitcoin (BTC) surged out of its recent lows to test strong resistance on Friday, providing more encouragement for bulls. According to CoinGecko.com, BTC/USD reached an intraday high of $47,378 on Thursday. The announcement of the debut of a Bitcoin fund by Wells Fargo had given the pair a much-needed lift, resulting in gains of about 6% in the previous 24 hours.

A renowned trader and analyst, Rekt Capital, shared his views on what he sees as a crucial support level, which for him extends between $44,000 and $46,500. “BTC daily candle effectively closed over orange, which has pushed price to next resistance at the Lower High (black),” he said, referring to a chart depicting the key price ranges.

“$BTC may be challenged at those levels, possibly for a little drop to reaffirm the support at the top of the orange region.” A second drop below $47,000 did not persist long, as impetus remained strong as the $48,000 sell wall approached.

Bitcoin remained unaffected by reports that top exchange Binance has made customer verification mandatory for all customers in September. Strength in the US dollar, which has historically been a concern for near-term price movement, also failed to dim the mood. 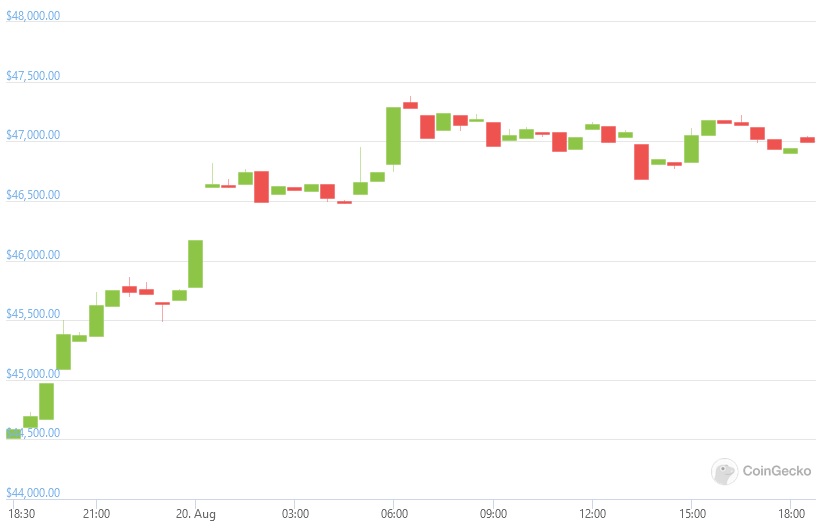 “BTC is unusually robust, while DXY is tearing higher,” observed trader Crypto Ed on the scenario. Comparable strength was seen as a ripple effect for altcoins, with Cardano (ADA) yet again outperforming market heavyweight Ether (ETH). 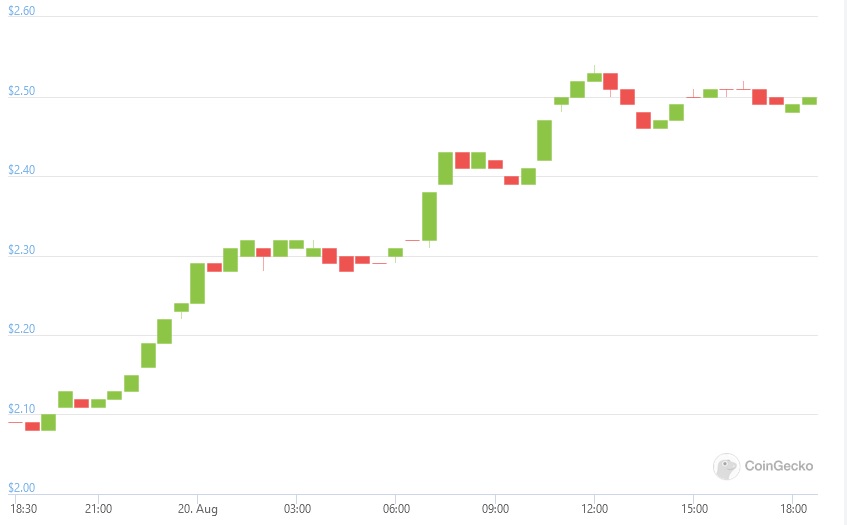 Despite this, the other recorded daily gains of more than 7.5%, while Cardano was up 20.7% while writing the article, rising over $2.50. XRP and Polkadot (DOT) had rallied 12.4% and 17.10%, respectively. In the midst of the wider altcoin recovery, the total cryptocurrency market capitalization was at $2.098 trillion.