In the past five years, Bitcoin had generated returns of 3,500% i.e., 70x the returns that could have been earned by investing in five conventional stock markets.

According to an article on Buy Shares, an investor focused website, Justinas Baltrusaitis, a data statistician, has stated that between June 26, 2015 and June 26, 2020, the return on investment, or ROI, for Bitcoin was greater than 70x the return that could have been generated by investing in NASDAQ, S&P 500, Financial Times Stock Exchange 100, Nikkei, and Dow Jones markets.

The return on investment in an asset signifies the money generated in relation to the amount invested.

Likewise, the ROI for investment in Bitcoin is calculated by comparing the purchase price with the last traded price.

Those who had invested before December 2017 and held without selling it (HODL) will have a huge ROI.

Baltrusaitis guesses that the variance in ROI may be because of the more effective laws governing Bitcoin (BTC), which met heavy resistance five years back than now.

Nevertheless, the prevailing pandemic can even be partially accountable, as “many view Bitcoin as an alternative store of wealth” after the sharp drop of conventional markets. 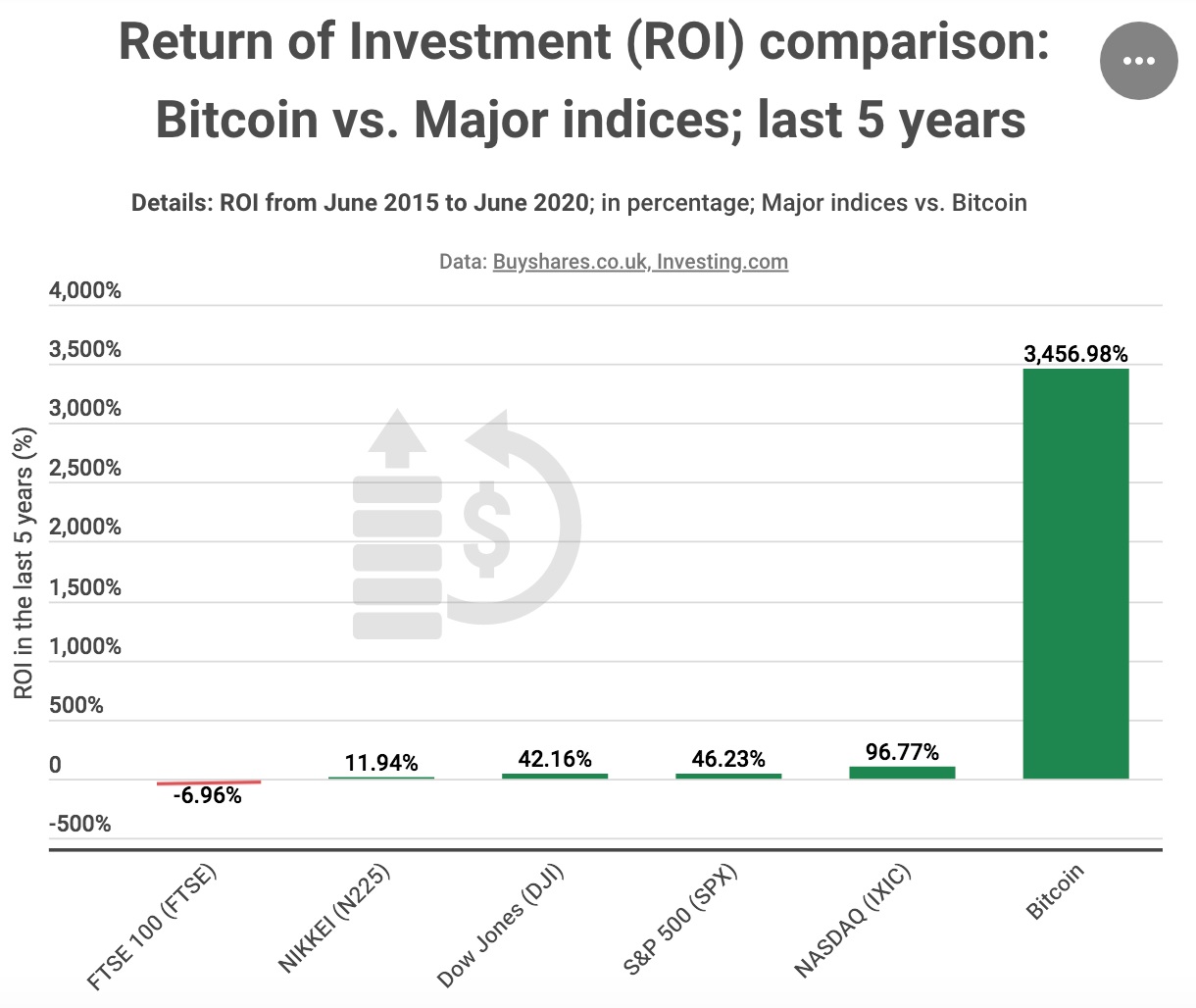 “Over the years, Bitcoin has been growing in popularity, and the maiden cryptocurrency status has largely contributed to the high return of investment. Bitcoin’s returns are significant despite the perennial fact investing in cryptocurrencies involves substantial risk of loss. The valuation of cryptocurrencies largely fluctuates, and, as a result, investors may lose more than their original investment.”

Between analysts, there exists a view that Bitcoin has a slight or strong correlation with conventional markets such as the S&P 500.

This implies that any sharp drop in the valuation of stocks or conventional assets could still trigger a selloff in the crypto markets, similar to the one happened during the March bloodbath.

GSR and Interhash to Develop Hedging Solutions for Bitcoin Miners