As Bitcoin galloped from $30,000 to $42,000 and retraced in January, the numero uno cryptos yearly volatility increased from levels recorded in April 2020, as per a fresh report from the US cryptocurrency exchange Kraken.

Bitcoin had a roller-coaster movement in January, with BTC gaining 46% to a fresh high of $41,989 before reversing 32% to below $29,000. This caused annual volatility to surge by more than 100%, a phenomenon seen 10 months back during the ill-famed ‘Black Thursday’ price decline.

In spite of a rise in volatility, Bitcoin recorded the minimal volatility amongst top five crypto currencies in terms of market cap, barring Tether. Polkadot (DOT) ended the month with huge volatility of 228%, followed by Cardano (ADA) with 183% and Ethereum (ETH) with 160%. 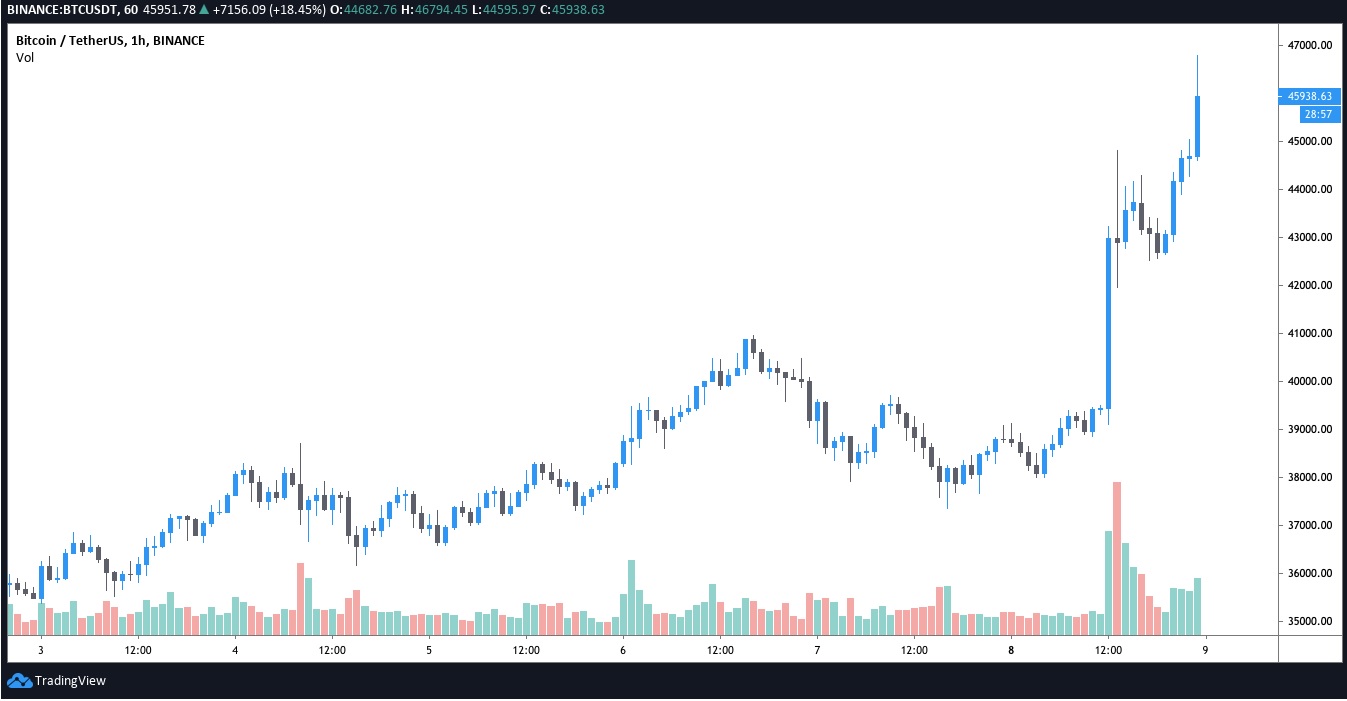 Nevertheless, there are skeptics who don’t believe that Bitcoin will rise further. Peter Schiff, who is an ardent supporter of gold and well-known Bitcoin skeptic, has predicted that Bitcoin’s bullish rally will not last forever and it will be eclipsed by skyrocketing meme-coin DOGE: