Yassine Elmandjra, an analyst at Ark Invest Management founded by Cathie Wood, through a tweet, has highlighted the fact that Bitcoin, the numero uno crypto in terms of market cap, has crossed above the 200-week moving average. Interestingly, such an incident has happened only seven times in the history of Bitcoin.

More importantly, Bitcoin’s history indicates that it would rally 240% after such a happening, as per the assessment made by Ark Invest. The analyst has also pointed out that Bitcoin is currently trading lower than its cost basis. Such a scenario was seen during the worst trading sessions of the pandemic-led cryptocurrency market sell-off in February-March 2020. Notably, Bitcoin’s price fell by roughly 50% in a matter of 24 hours in one of those worst trading sessions.

Elmandjra is of the opinion that risk-on sentiment is returning to the financial markets, including the US stock (equities) market. As there seems to be a correlation between the US equity market and the cryptocurrency market, the analyst believes that it is a positive signal for the market leading cryptocurrency. So far this year, July has turned out to be the best month for Bitcoin. The cryptocurrency took a U-turn after recording its worst quarter in over a decade. Added to this, the US equities market also recorded its best performance in about two years. 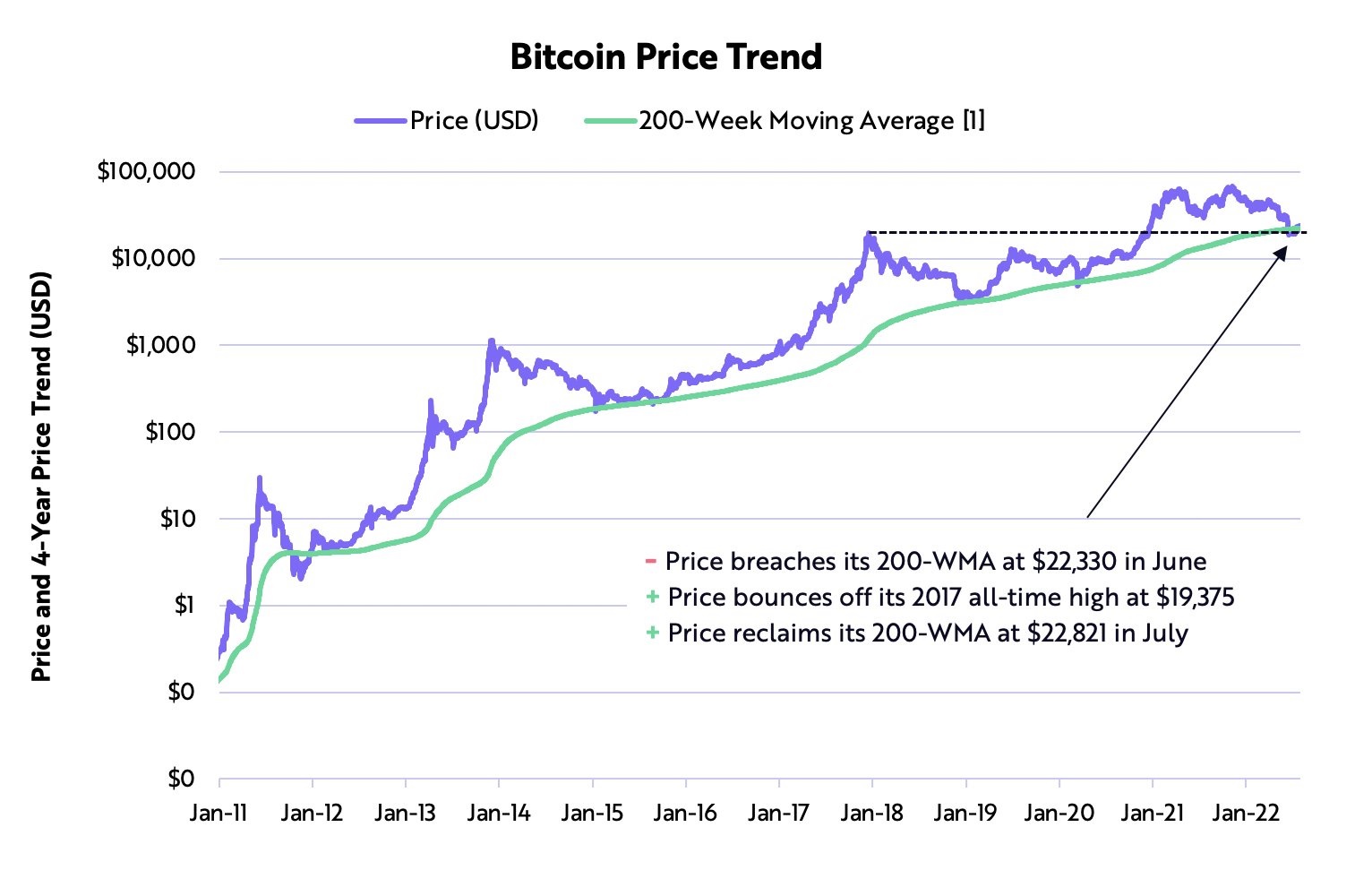 Despite these positive developments, Elmandjra remains cautious. The analyst states that Bitcoin could still head lower in case the crypto market replicates the bearish trend seen four years back. At that time, Bitcoin lost more than 80% in a matter of one year. Bitcoin and cryptocurrency market trend in general will get affected by any major decisions by the US Federal Reserve. The central bank’s policy could act as either a tailwind or a headwind for Bitcoin. While preparing this report, Bitcoin was trading at $23,130, up 1.5% in the past 24 hours.